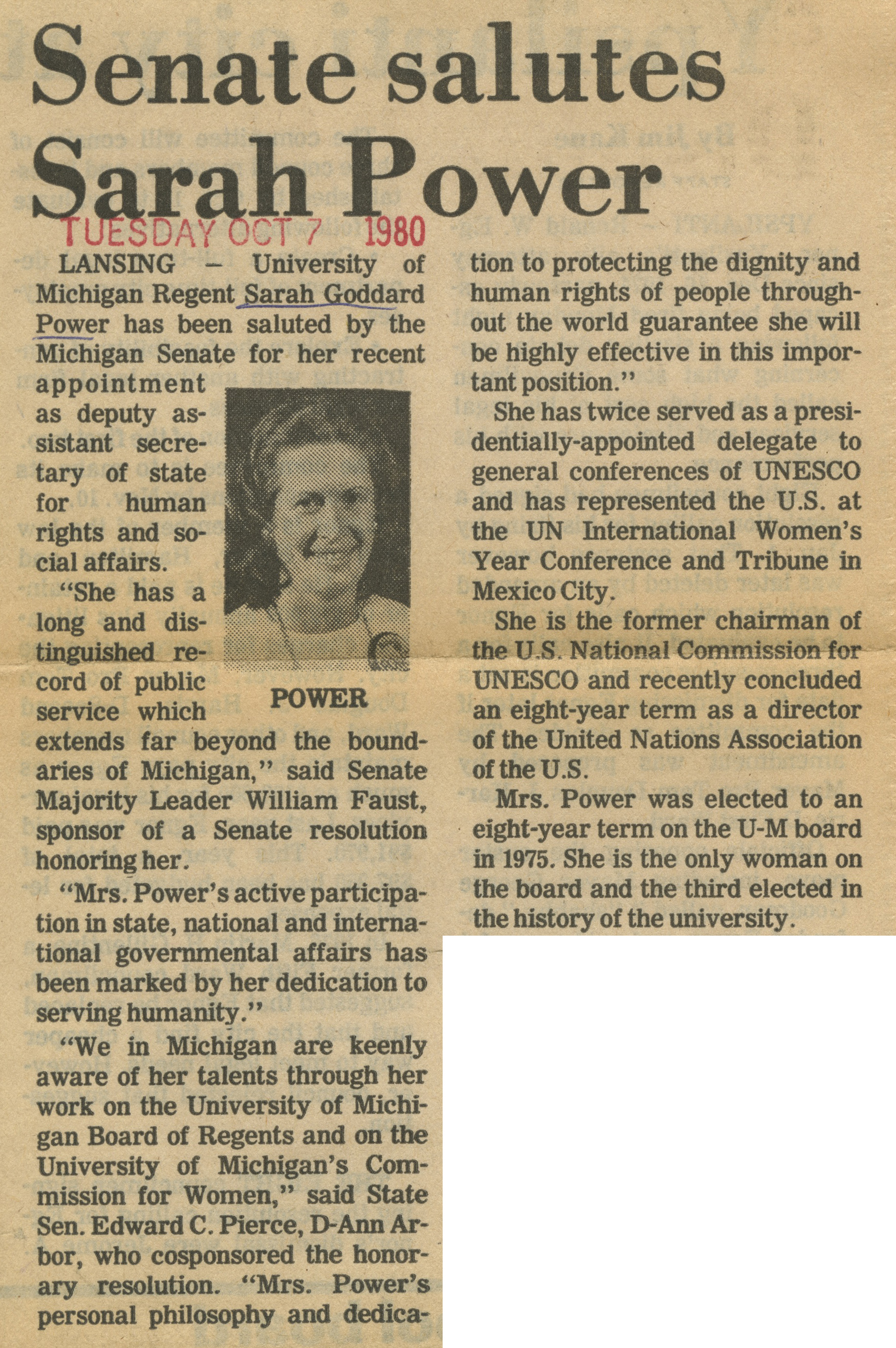 LANSING - University of Michigan Regent Sarah Goddard Power has been saluted by the Michigan Senate for her recent appointment as deputy assistant secretary of state for human rights and social affairs.
"She has a long and distinguished record of public
POWER service which extends far beyond the boundaries of Michigan,” said Senate Majority Leader William Faust, sponsor of a Senate resolution honoring her.
"Mrs. Power's active participation in state, national and international governmental affairs has been marked by her dedication to serving humanity.”
“We in Michigan are keenly aware of her talents through her work on the University of Michigan Board of Regents and on the University of Michigan's Commission for Women," said State Sen. Edward C. Pierce, D-Ann Arbor, who cosponsored the honorary resolution. “Mrs. Power's personal philosophy and dedication to protecting the dignity and human rights of people throughout the world guarantee she will be highly effective in this important position.”
She has twice served as a presidentially-appointed delegate to general conferences of UNESCO and has represented the U.S. at the UN International Women's Year Conference and Tribune in Mexico City.
She is the former chairman of the U.S. National Commission for UNESCO and recently concluded an eight-year term as a director of the United Nations Association of the U.S.
Mrs. Power was elected to an eight-year term on the U-M board in 1975. She is the only woman on the board and the third elected in the history of the university.