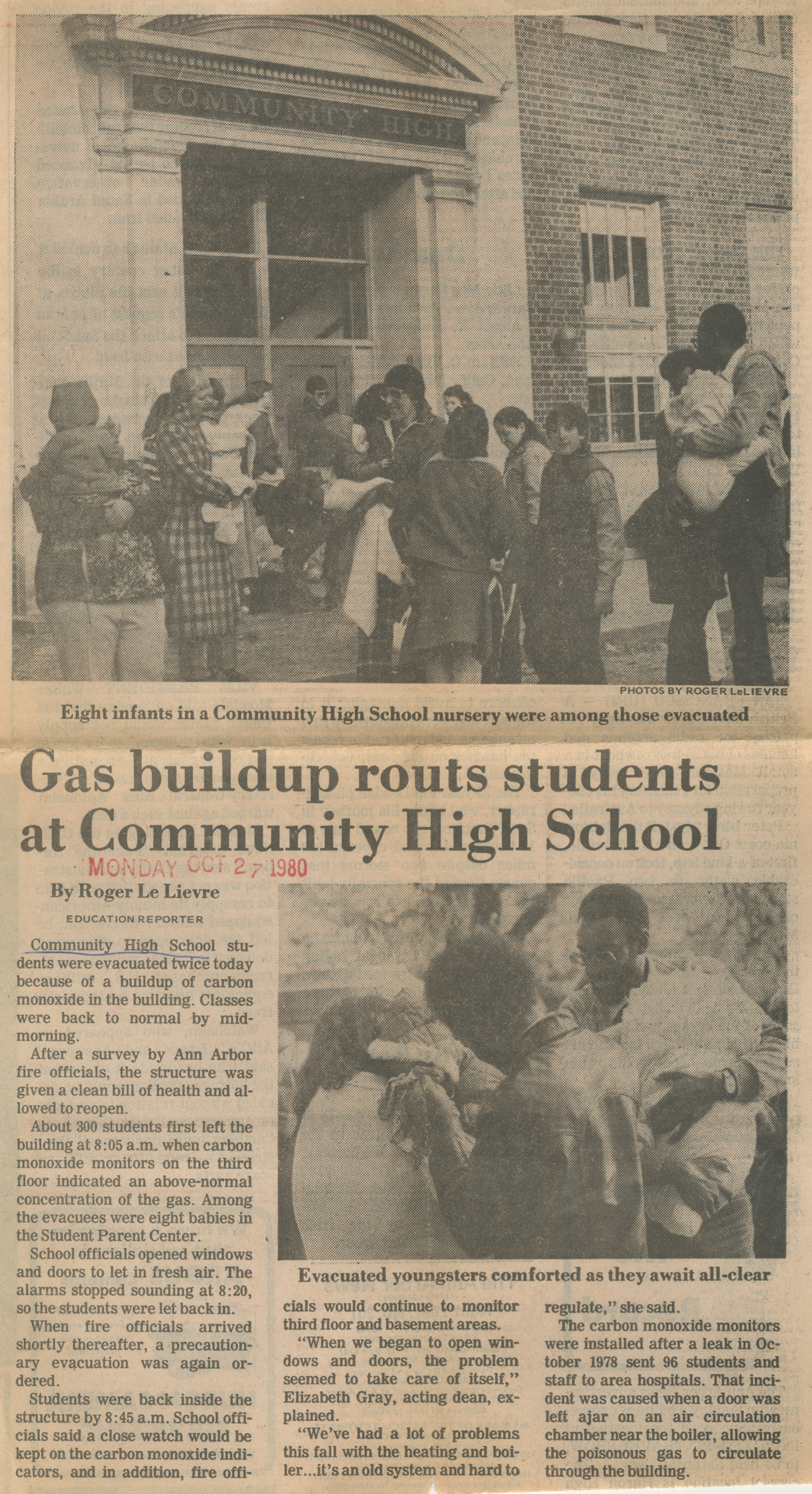 ﻿<br><br><br><br>Eight infants in a Community High School nursery were among those evacuated<br><br>Gas buildup routs students<br><br>at Community High School<br><br>• MONDAY CC,'2;-1980<br><br>By Roger Le Lievre<br><br>EDUCATION REPORTER<br><br>Evacuated youngsters comforted as they await all-clear<br><br>Community High School students were evacuatedtwice today because of a buildup of carbon monoxide in the building. Classes were back to normal by midmorning.<br><br>After a survey by Ann Arbor fire officials, the structure was given a clean bill of health and allowed to reopen.<br><br>About 300 students first left the building at 8:05 a.rru when carbon monoxide monitors on the third floor indicated an above-normal concentration of the gas. Among the evacuees were eight babies in the Student Parent Center.<br><br>School officials opened windows and doors to let in fresh air. The alarms stopped sounding at 8:20, so the students were let back in.<br><br>When fire officials arrived shortly thereafter, a precautionary evacuation was again ordered.<br><br>Students were back inside the structure by 8:45 a.m. School officials said a close watch would be kept on the carbon monoxide indicators, and in addition, fire offi-<br><br>cials would continue to monitor third floor and basement areas.<br><br>“When we began to open windows and doors, the problem seemed to take care of itself,” Elizabeth Gray, acting dean, explained.<br><br>“We’ve had a lot of problems this fall with the heating and boiler.. .it’s an old system and hard to<br><br>regulate,” she said.<br><br>The carbon monoxide monitors were installed after a leak in October 1978 sent 96 students and staff to area hospitals. That incident was caused when a door was left ajar on an air circulation chamber near the boiler, allowing the poisonous gas to circulate through the building.