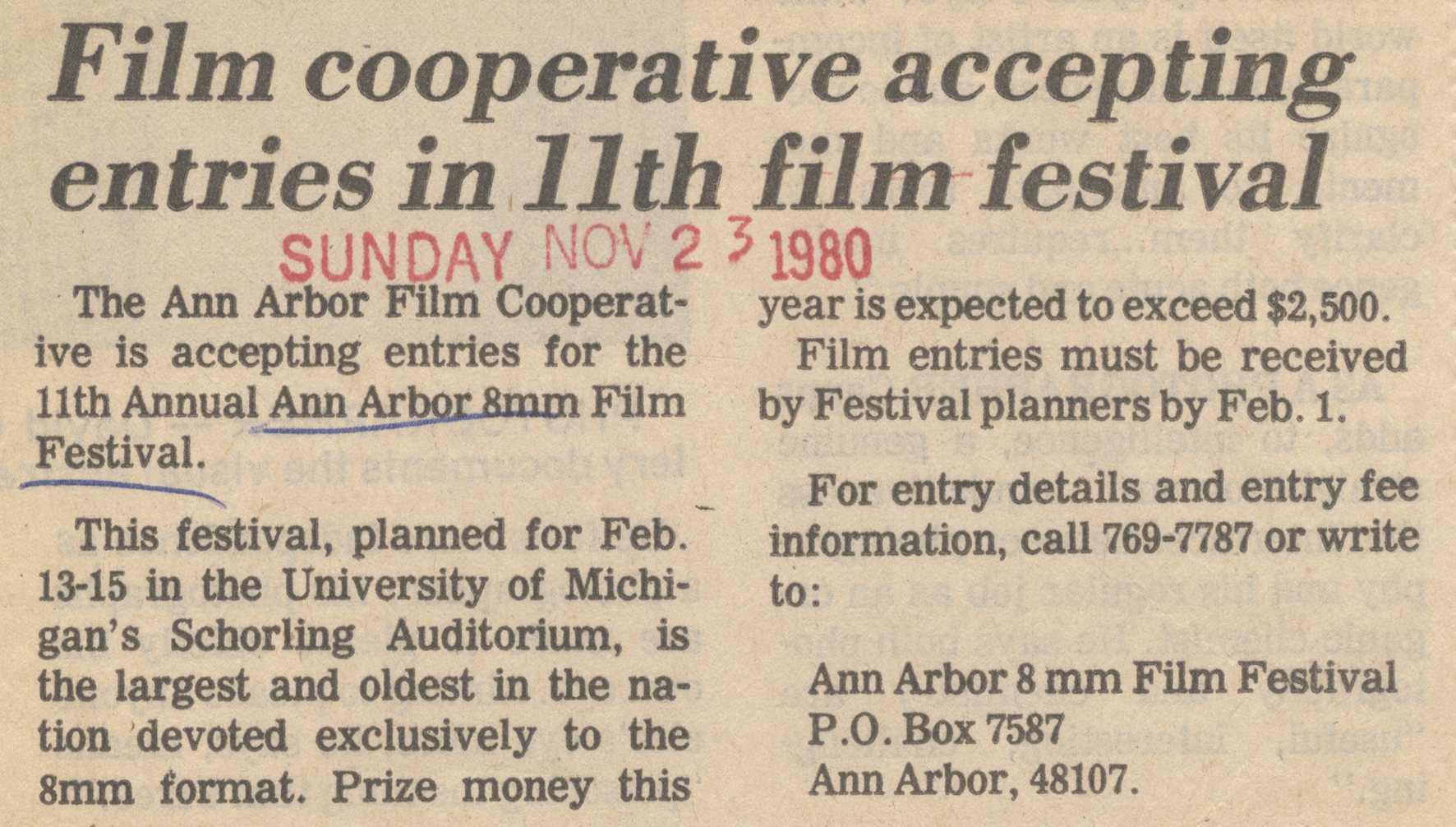 This festival, planned for Feb. 13-15 in the University of Michigan’s Schorling Auditorium, is the largest and oldest in the nation devoted exclusively to the 8mm format. Prize money this  year is expected to exceed $2,500.

Film entries must be received by Festival planners by Feb. 1.

For entry details and entry fee information, call 769-7787 or write to: