Plans For Cornerstone Ceremony Raise The Ire Of City Councilman 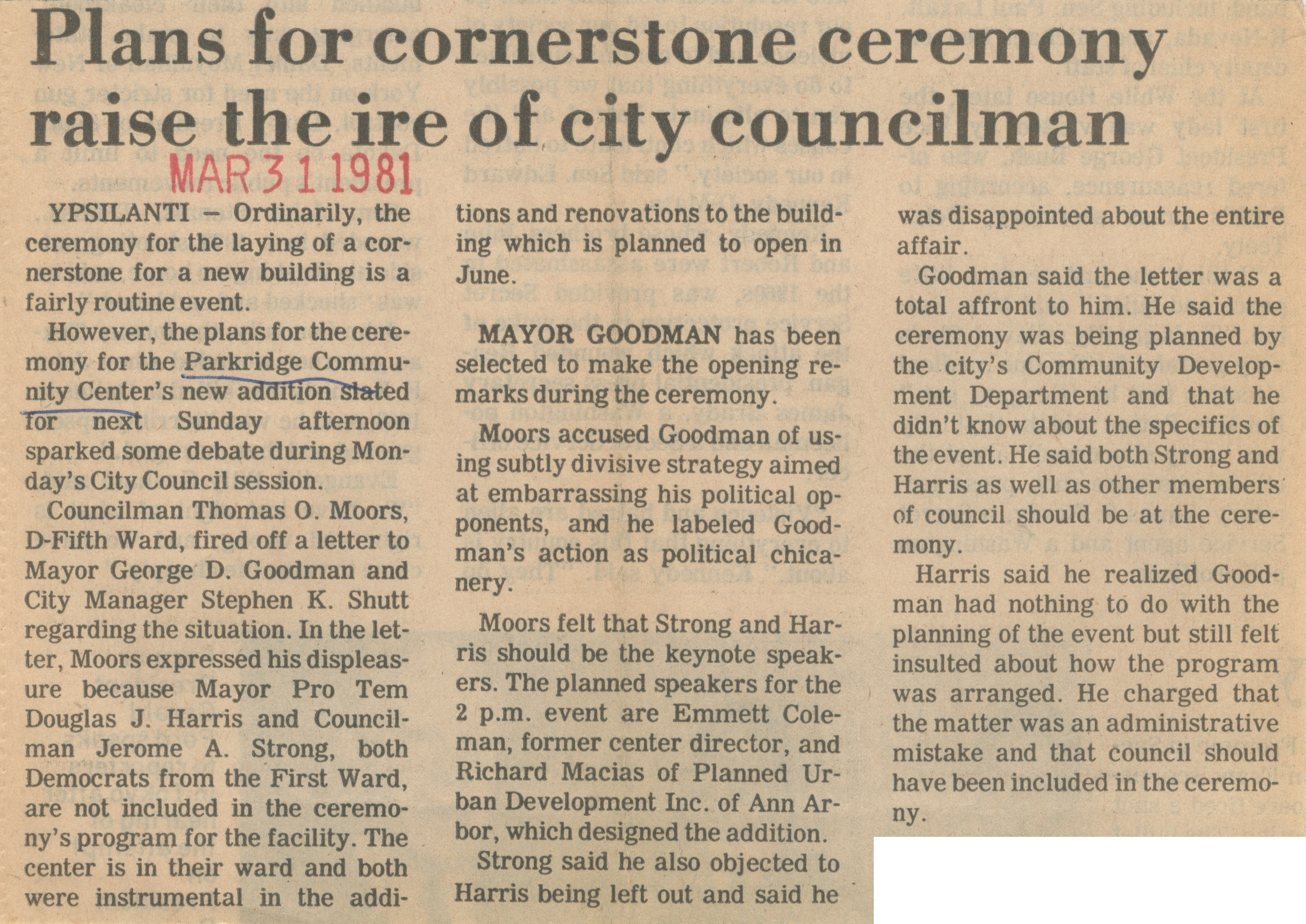 ﻿Plans for cornerstone ceremony raise the ire of city councilman

YPSILANTI - Ordinarily, the ceremony for the laying of a cornerstone for a new building is a fairly routine event.

However, the plans for the ceremony for the Parkridge Community Center’s new addition slated for next Sunday afternoon sparked some debate during Monday’s City Council session.

Councilman Thomas O. Moors, D-Fifth Ward, fired off a letter to Mayor George D. Goodman and City Manager Stephen K. Shutt regarding the situation. In the letter, Moors expressed his displeasure because Mayor Pro Tern Douglas J. Harris and Councilman Jerome A. Strong, both Democrats from the First Ward, are not included in the ceremony’s program for the facility. The center is in their ward and both were instrumental in the additions and renovations to the building which is planned to open in June.

MAYOR GOODMAN has been selected to make the opening remarks during the ceremony.

Moors felt that Strong and Harris should be the keynote speakers. The planned speakers for the 2 p.m. event are Emmett Coleman, former center director, and Richard Macias of Planned Urban Development Inc. of Ann Arbor, which designed the addition.

Strong said he also objected to Harris being left out and said he was disappointed about the entire affair.

Goodman said the letter was a total affront to him. He said the ceremony was being planned by the city’s Community Development Department and that he didn’t know about the specifics of the event. He said both Strong and Harris as well as other members of council should be at the ceremony.

Harris said he realized Goodman had nothing to do with the planning of the event but still felt insulted about how the program was arranged. He charged that the matter was an administrative mistake and that council should have been included in the ceremony.