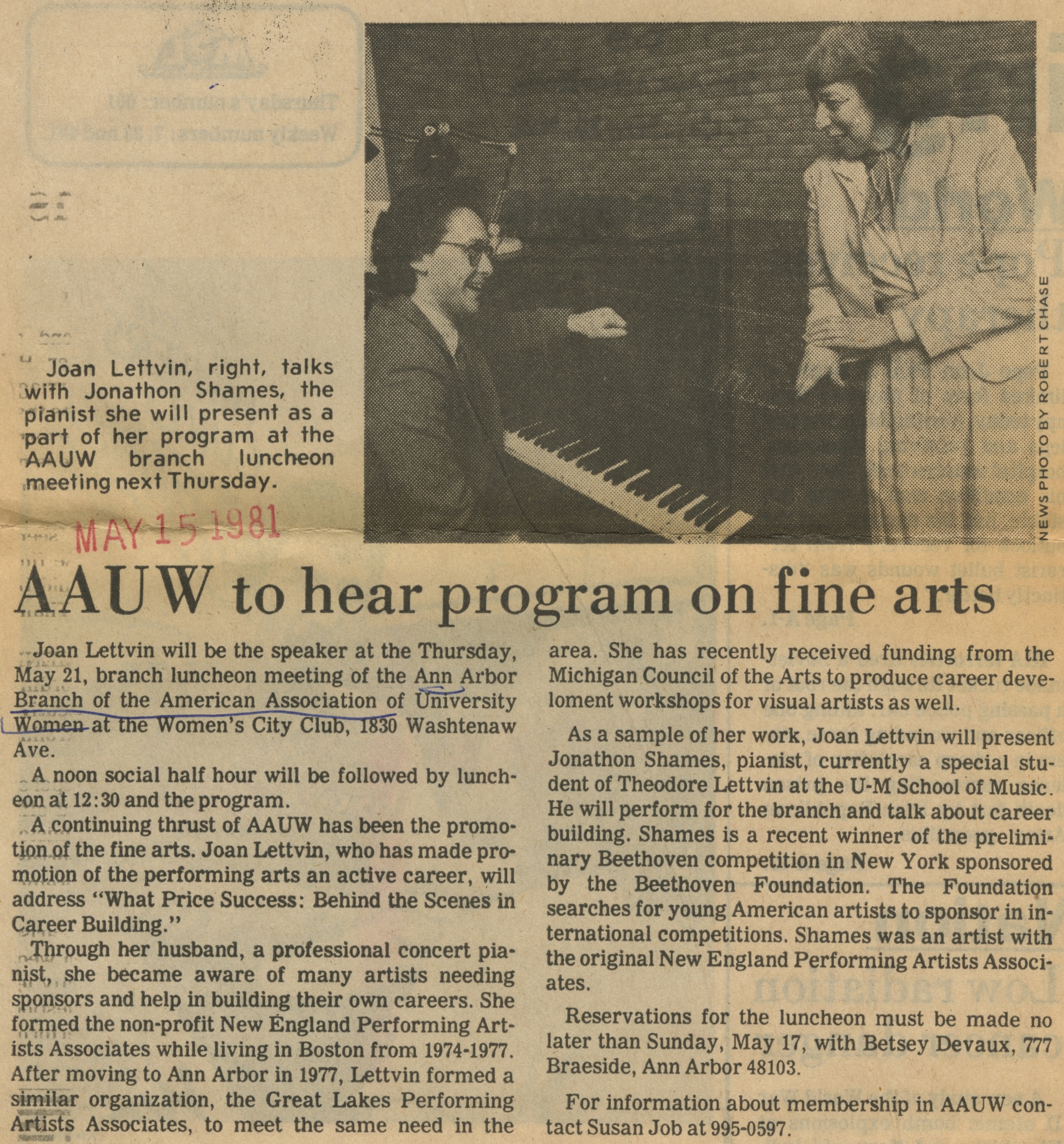 Joan Lettvin will be the speaker at the Thursday, May 21, branch luncheon meeting of the Ann Arbor Branch of the American Association of University Women at 1830 Washtenaw A’ve.

A noon social half hour will be followed by luncheon at 12:30 and the program.

A continuing thrust of AAUW has been the promotion of the fine arts. Joan Lettvin, who has made promotion of the performing arts an active career, will address “What Price Success: Behind the Scenes in Career Building.”

Through her husband, a professional concert pianist, she became aware of many artists needing sponsors and help in building their own careers. She formed the non-profit New England Performing Artists Associates while living in Boston from 1974-1977. After moving to Ann Arbor in 1977, Lettvin formed a similar organization, the Great Lakes Performing Artists Associates, to meet the same need in the area. She has recently received funding from the Michigan Council of the Arts to produce career development workshops for visual artists as well.

As a sample of her work, Joan Lettvin will present Jonathon Shames, pianist, currently a special student of Theodore Lettvin at the U-M School of Music. He will perform for the branch and talk about career building. Shames is a recent winner of the preliminary Beethoven competition in New York sponsored by the Beethoven Foundation. The Foundation searches for young American artists to sponsor in international competitions. Shames was an artist with the original New England Performing Artists Associates.

Reservations for the luncheon must be made no later than Sunday, May 17, with Betsey Devaux, 777 Braeside, Ann Arbor 48103.

For information about membership in AAUW contact Susan Job at 995-0597.

﻿Joan Lettvin, right, talks With Jonathon Shames, the pianist she will present as a part of her program at the AAUW branch luncheon meeting next Thursday.
NEWS PHOTO BY ROBERT CHASE