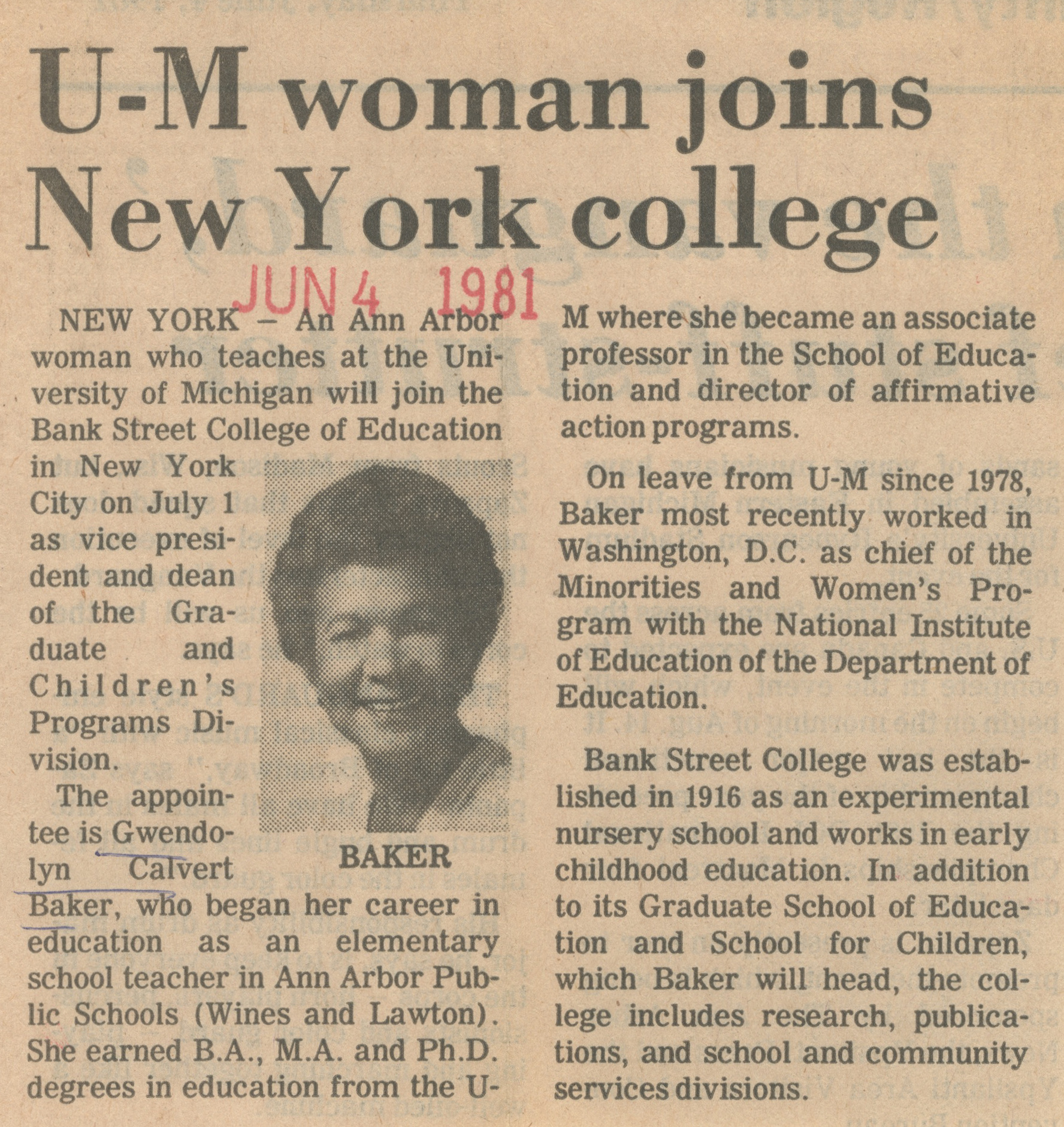 NEW YORK -- An Ann Arbor woman who teaches at the University of Michigan will join the Bank Street College of Education in New York City on July 1 as vice president and dean of the Graduate and Children’s Programs Division.

The appointee is Gwendolyn Calvert Baker, who began her career in education as an elementary school teacher in Ann Arbor Public Schools (Wines and Lawton). She earned B.A., M.A. and Ph.D. degrees in education from the U-M where she became an associate professor in the School of Education and director of affirmative action programs.

On leave from U-M since 1978, Baker most recently worked in Washington, D.C. as chief of the Minorities and Women’s Program with the National Institute of Education of the Department of Education.

Bank Street College was established in 1916 as an experimental nursery school and works in early childhood education. In addition to its Graduate School of Education and School for Children, which Baker will head, the college includes research, publications, and school and community services divisions.