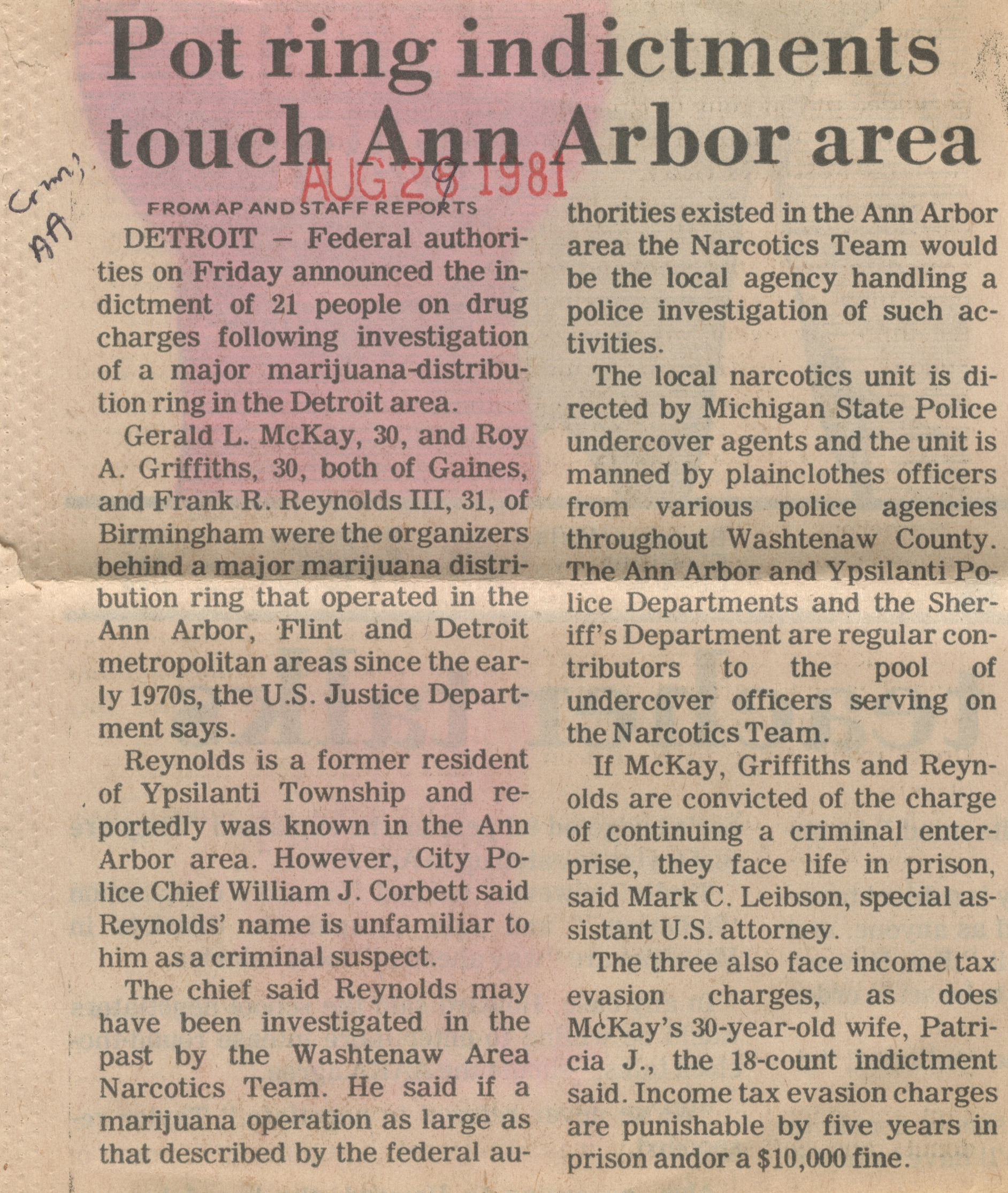 FROM AP AND STAFF REPORTS DETROIT - Federal authorities on Friday announced the indictment of 21 people on drug charges following investigation of a major marijuana-distribution ring in the Detroit area.
Gerald L. McKay, 30, and Roy A. Griffiths, 30, both of Gaines, and Frank R. Reynolds III, 31, of Birmingham were the organizers behind a major marijuana distribution ring that operated in the Ann Arbor, Flint and Detroit metropolitan areas since the early 1970s, the U.S. Justice Department says.
Reynolds is a former resident of Ypsilanti Township and reportedly was known in the Ann Arbor area. However, City Police Chief William J. Corbett said Reynolds' name is unfamiliar to him as a criminal suspect.
The chief said Reynolds may have been investigated in the past by the Washtenaw Area Narcotics Team. He said if a marijuana operation as large as that described by the federal authorities existed in the Ann Arbor area the Narcotics Team would be the local agency handling a police investigation of such activities.
The local narcotics unit is directed by Michigan State Police undercover agents and the unit is manned by plainclothes officers from various police agencies throughout Washtenaw County The Ann Arbor and Ypsilanti Police Departments and the Sheriff's Department are regular contributors to the pool of undercover officers serving on the Narcotics Team.
If McKay, Griffiths and Reynolds are convicted of the charge of continuing a criminal enterprise, they face life in prison, said Mark C. Leibson, special assistant U.S. attorney.
The three also face income tax evasion charges, as does McKay's 30-year-old wife, Patricia J., the 18-count indictment said. Income tax evasion charges are punishable by five years in prison andor a $10,000 fine.