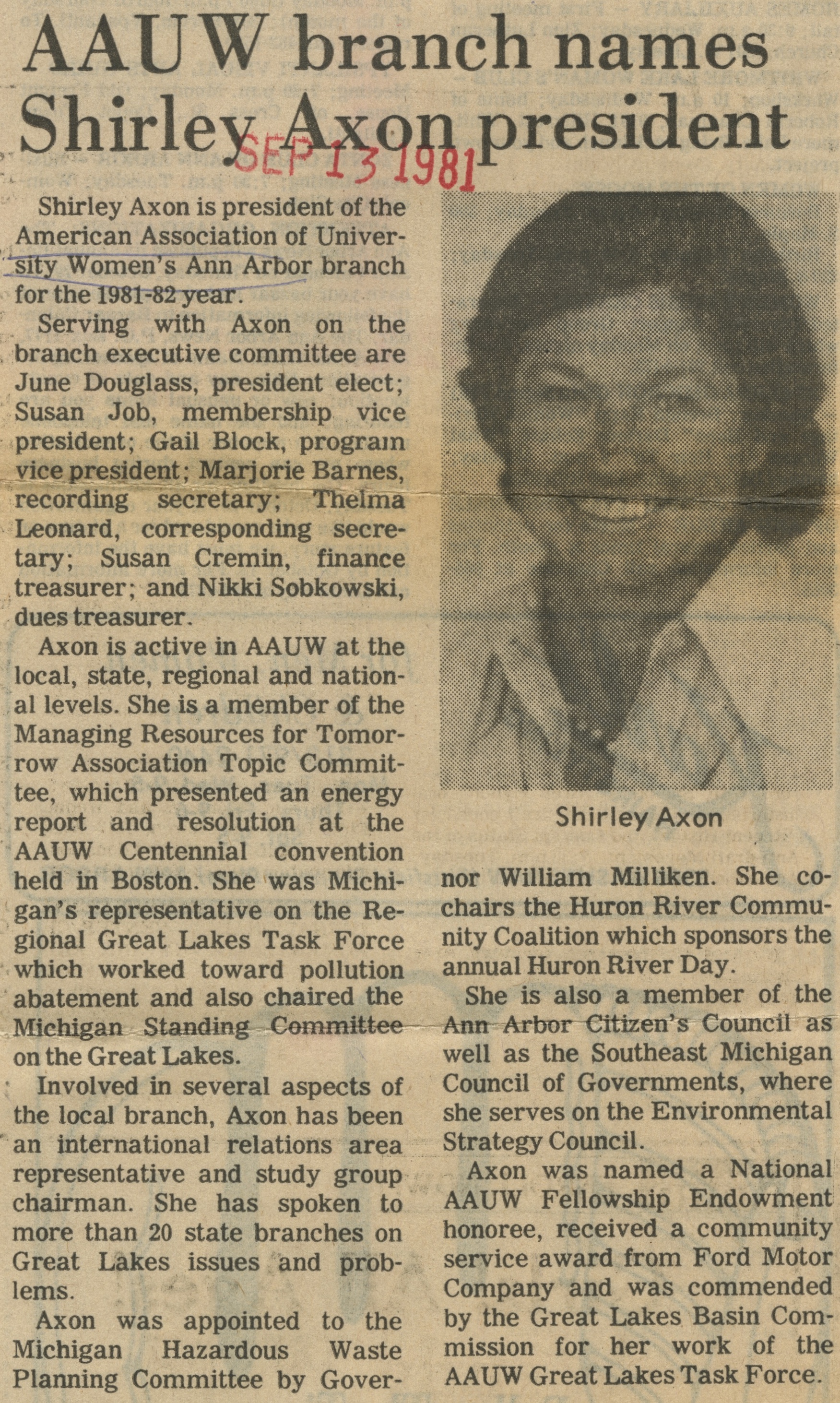 Shirley Axon is president of the American Association of University Women’s Ann Arbor branch for the 1981-82 year.

Axon is active in AAUW at the local, state, regional and national levels. She is a member of the Managing Resources for Tomorrow Association Topic Committee, which presented an energy report and resolution at the AAUW Centennial convention held in Boston. She was Michigan’s representative on the Regional Great Lakes Task Force which worked toward pollution abatement and also chaired the Michigan Standing Committee on the Great Lakes.

Involved in several aspects of the local branch, Axon has been an international relations area representative and study group chairman. She has spoken to more than 20 state branches on Great Lakes issues and problems.

She is also a member of the Ann Arbor Citizen’s Council as well as the Southeast Michigan Council of Governments, where she serves on the Environmental Strategy Council.

Axon was named a National AAUW Fellowship Endowment honoree, received a community service award from Ford Motor Company and was commended by the Great Lakes Basin Commission for her work of the AAUW Great Lakes Task Force.