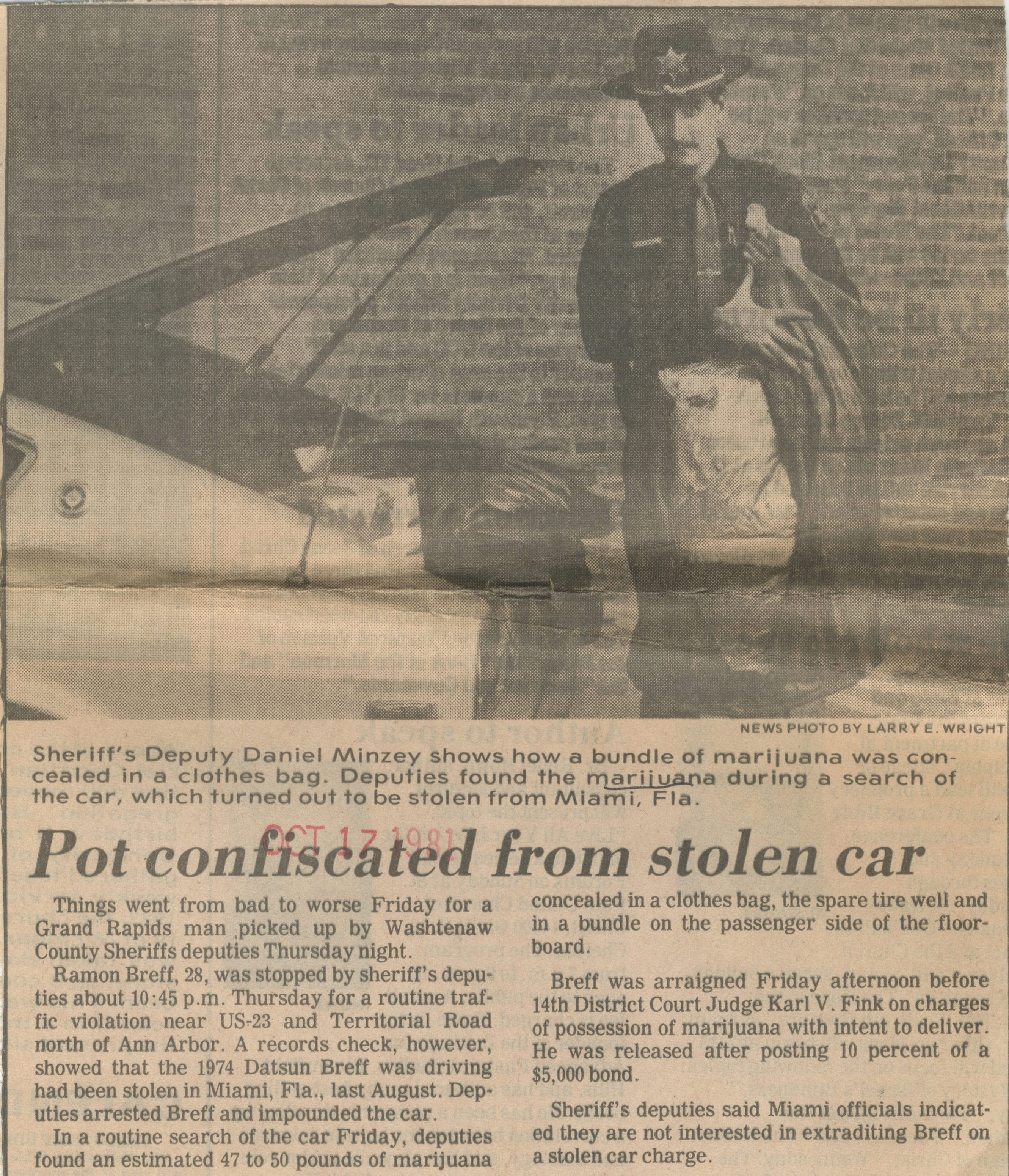 Sheriff's Deputy Daniel Minzey shows how a bundle of marijuana was concealed in a clothes bag. Deputies found the marijuana during a search of the car, which turned out to be stolen from Miami, Fla.

Things went from bad to worse Friday for a Grand Rapids man picked up by Washtenaw County Sheriffs deputies Thursday night.
Ramon Breff, 28, was stopped by sheriff's deputies about 10:45 p.m. Thursday for a routine traffic violation near US-23 and Territorial Road north of Ann Arbor. A records check, however, showed that the 1974 Datsun Breff was driving had been stolen in Miami, Fla., last August. Deputies arrested Breff and impounded the car.
In a routine search of the car Friday, deputies found an estimated 47 to 50 pounds of marijuana concealed in a clothes bag, the spare tire well and in a bundle on the passenger side of the floorboard
Breff was arraigned Friday afternoon before 14th District Court Judge Karl V. Fink on charges of possession of marijuana with intent to deliver. He was released after posting 10 percent of a $5,000 bond.
Sheriff's deputies said Miami officials indicated they are not interested in extraditing Breff on a stolen car charge.