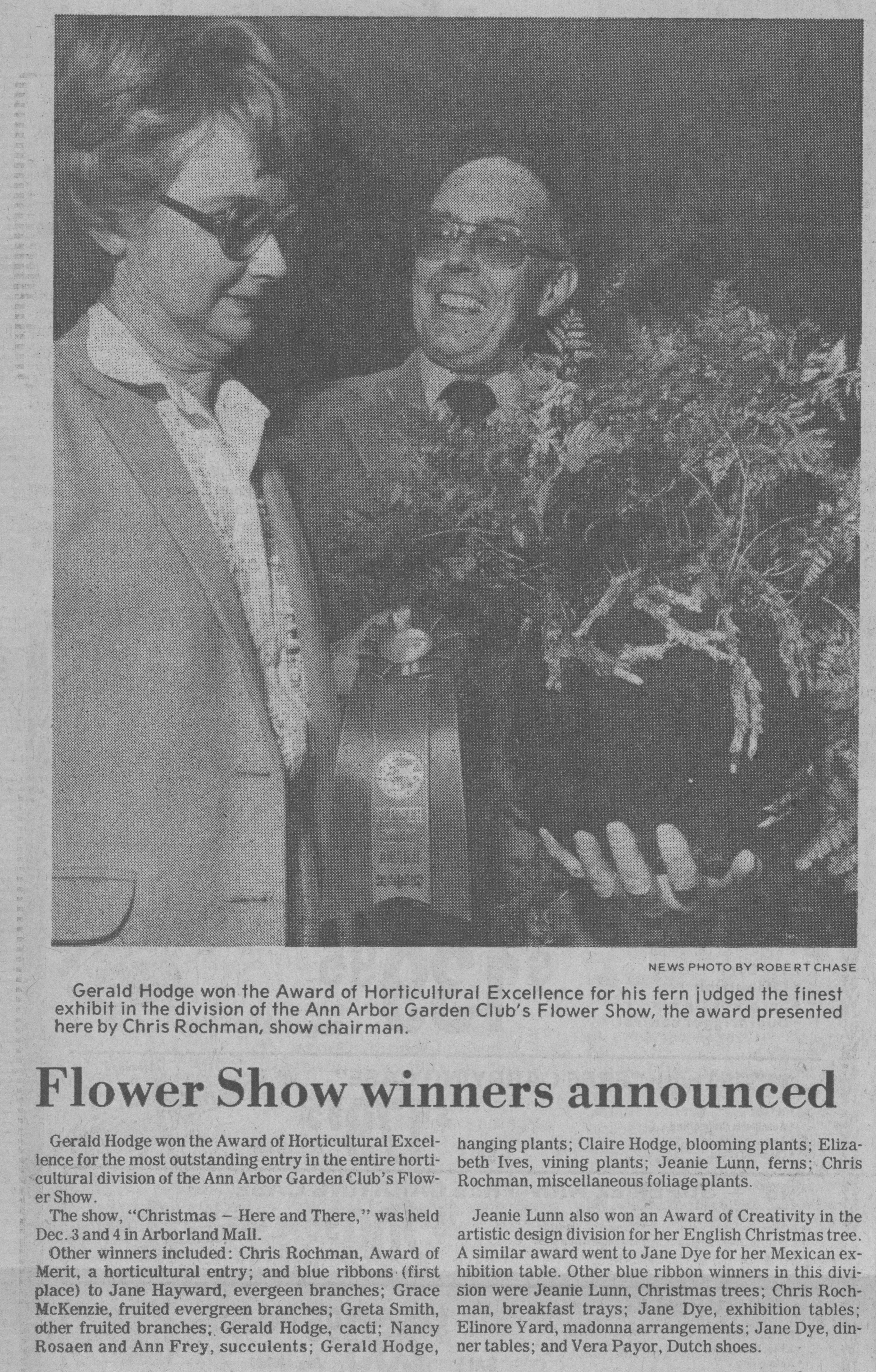 Gerald Hodge won the Award of Horticultural Excellence for his fern judged the finest exhibit in the division of the Ann Arbor Garden Club's Flower Show, the award presented here by Chris Rochman, show chairman.

Gerald Hodge won the Award of Horticultural Excellence for the most outstanding entry in the entire horticultural division of the Ann Arbor Garden Club’s Flower Show.

The show, “Christmas - Here and There,” was held Dec. 3 and 4 in Arborland Mall.