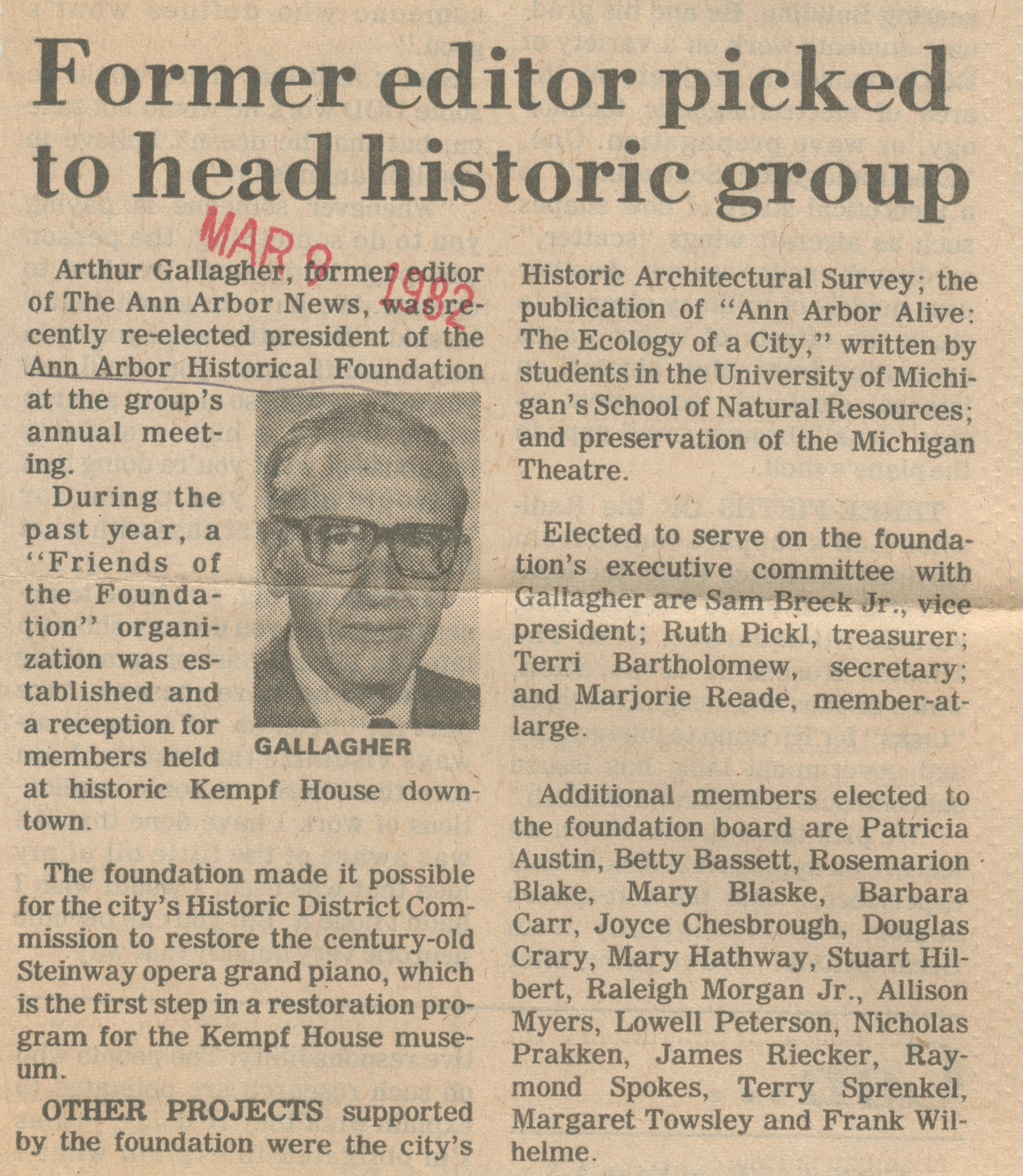 During the past year, a “Friends of the Foundation” organization was established and a reception, for members held at historic Kempf House downtown.

The foundation made it possible for the city’s Historic District Commission to restore the century-old Steinway opera grand piano, which is the first step in a restoration program for the Kempf House museum.

OTHER PROJECTS supported by the foundation were the city’s Historic Architectural Survey; the publication of “Ann Arbor Alive: The Ecology of a City,” written by students in the University of Michigan’s School of Natural Resources; and preservation of the Michigan Theatre.