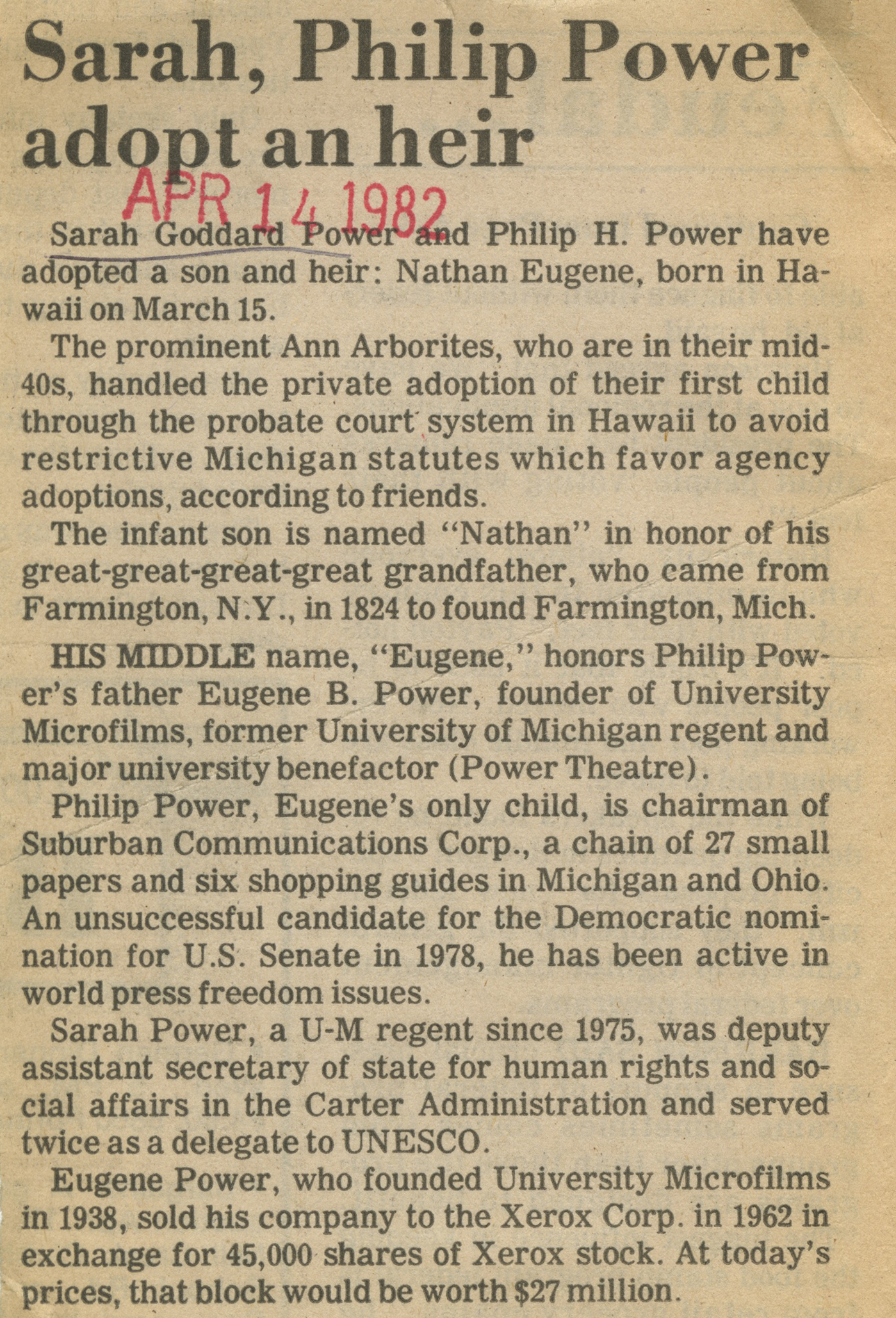 Sarah, Philip Power adopt an heir
Sarah Goddard Power and Philip H. Power have adopted a son and heir: Nathan Eugene, born in Hawaii on March 15.
The prominent Ann Arborites, who are in their mid40s, handled the private adoption of their first child through the probate court system in Hawaii to avoid restrictive Michigan statutes which favor agency adoptions, according to friends.
The infant son is named "Nathan" in honor of his great-great-great-great grandfather, who came from Farmington, N.Y., in 1824 to found Farmington, Mich.
HIS MIDDLE name, “Eugene," honors Philip Power's father Eugene B. Power, founder of University Microfilms, former University of Michigan regent and major university benefactor (Power Theatre).
Philip Power, Eugene's only child, is chairman of Suburban Communications Corp., a chain of 27 small papers and six shopping guides in Michigan and Ohio. An unsuccessful candidate for the Democratic nomination for U.S. Senate in 1978, he has been active in world press freedom issues.
Sarah Power, a U-M regent since 1975, was deputy assistant secretary of state for human rights and social affairs in the Carter Administration and served twice as a delegate to UNESCO.
Eugene Power, who founded University Microfilms in 1938, sold his company to the Xerox Corp. in 1962 in exchange for 45,000 shares of Xerox stock. At today's prices, that block would be worth $27 million.