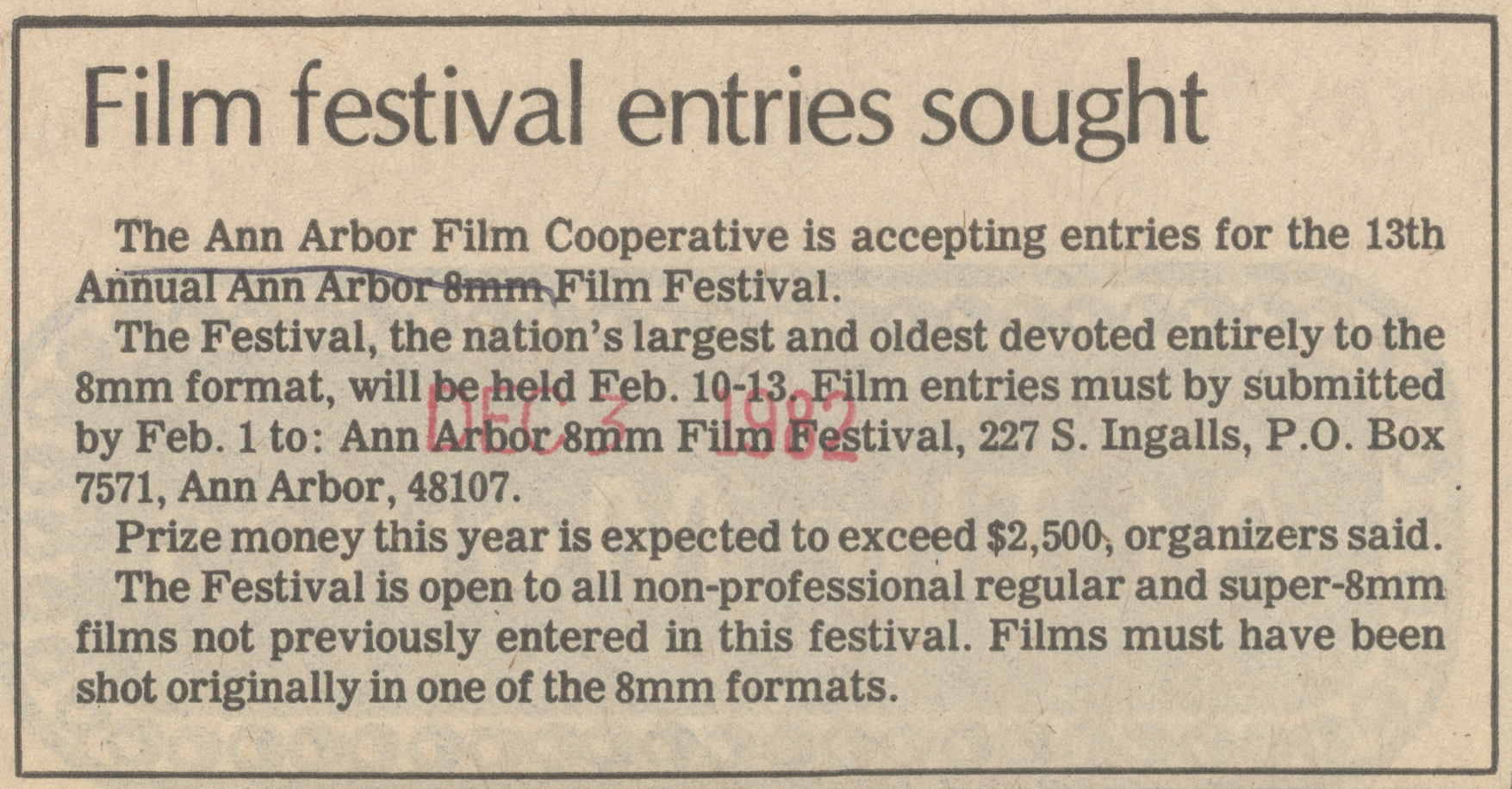 Prize money this year is expected to exceed $2,500, organizers said.

The Festival is open to all non-professional regular and super-8mm films not previously entered in this festival. Films must have been shot originally in one of the 8mm formats.