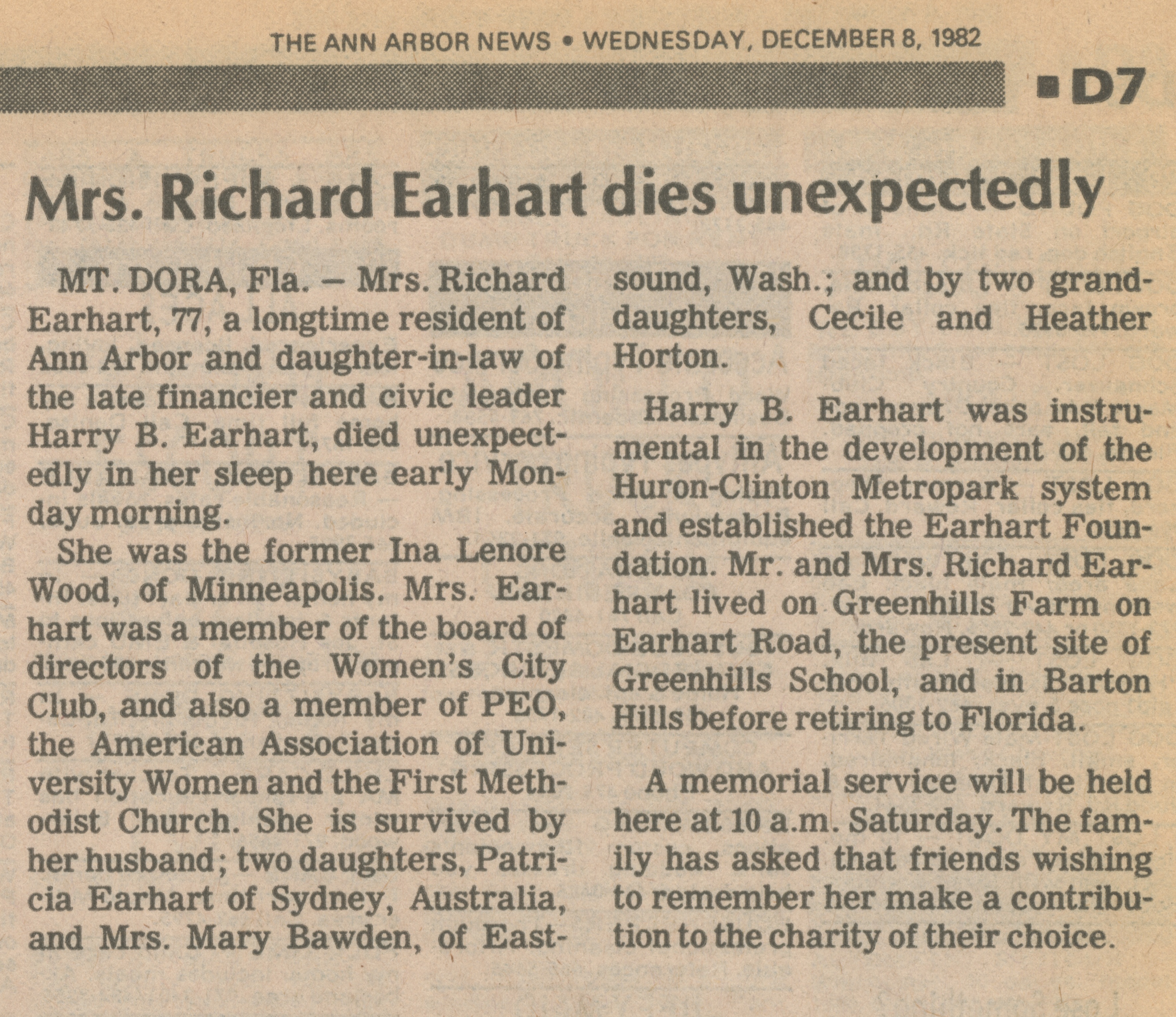 MT. DORA, Fla. - Mrs. Richard Earhart, 77, a longtime resident of Ann Arbor and daughter-in-law of the late financier and civic leader Harry B. Earhart, died unexpectedly in her sleep here early Monday morning.
She was the former Ina Lenore Wood, of Minneapolis. Mrs. Earhart was a member of the board of directors of the Women's City Club, and also a member of PEO, the American Association of University Women and the First Methodist Church. She is survived by her husband; two daughters, Patricia Earhart of Sydney, Australia, and Mrs. Mary Bawden, of East sound, Wash.; and by two granddaughters, Cecile and Heather Horton.
Harry B. Earhart was instrumental in the development of the Huron-Clinton Metropark system and established the Earhart Foundation. Mr. and Mrs. Richard Earhart lived on Greenhills Farm on Earhart Road, the present site of Greenhills School, and in Barton Hills before retiring to Florida.
A memorial service will be held here at 10 a.m. Saturday. The family has asked that friends wishing to remember her make a contribution to the charity of their choice.