Allmendinger death marks end of an era in Ann Arbor 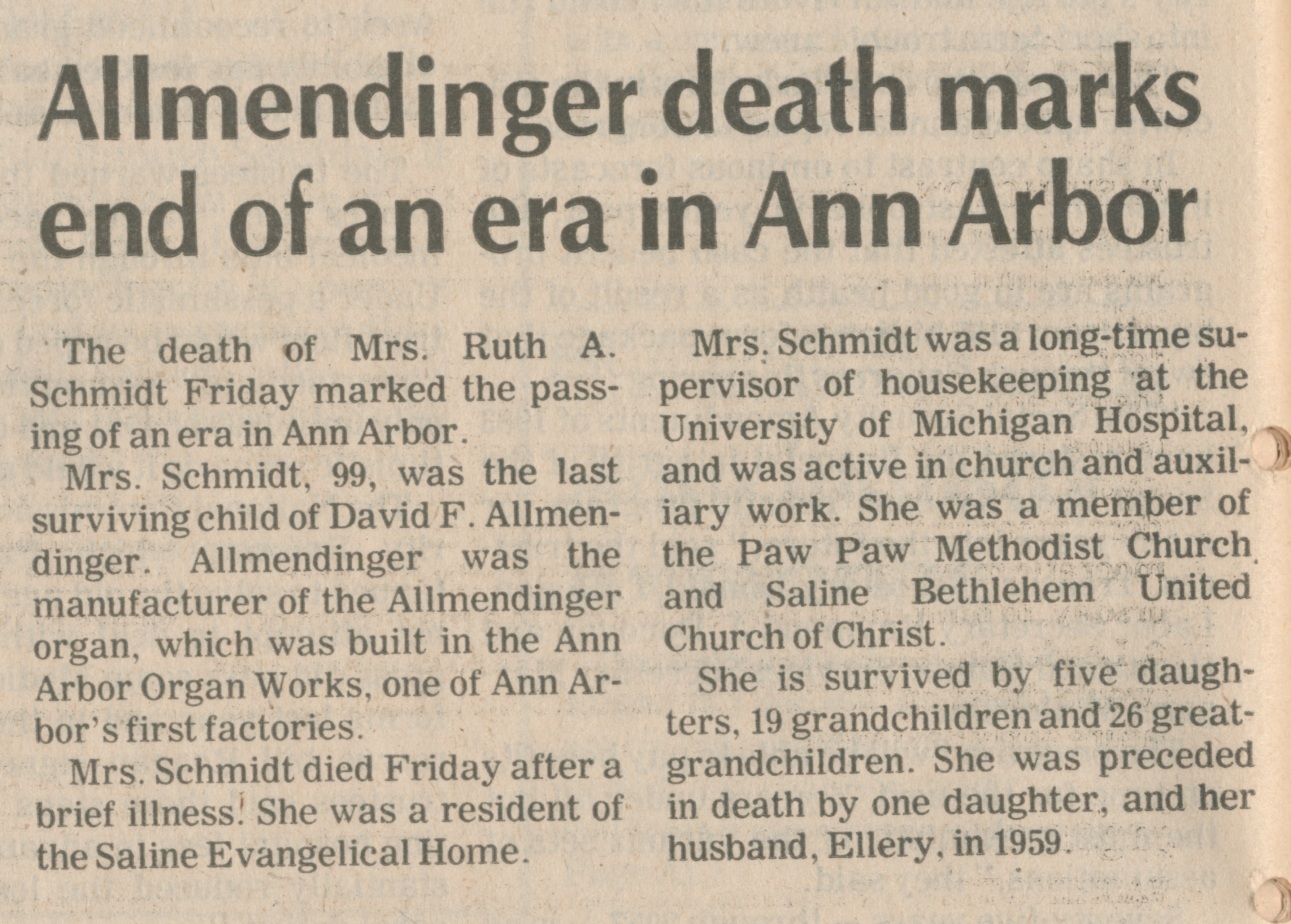 The death of Mrs. Ruth A. Schmidt Friday marked the passing of an era in Ann Arbor.
Mrs. Schmidt, 99, was the last surviving child of David F. Allmendinger. Allmendinger was the manufacturer of the Allmendinger organ, which was built in the Ann Arbor Organ Works, one of Ann Arbor's first factories.
Mrs. Schmidt died Friday after a brief illness. She was a resident of the Saline Evangelical Home.
Mrs. Schmidt was a long-time supervisor of housekeeping at the University of Michigan Hospital, and was active in church and auxiliary work. She was a member of the Paw Paw Methodist Church and Saline Bethlehem United Church of Christ.
She is survived by five daughters, 19 grandchildren and 26 great-grandchildren. She was preceded in death by one daughter, and her husband, Ellery, in 1959.