Pub Sings Another Departure For The Ark 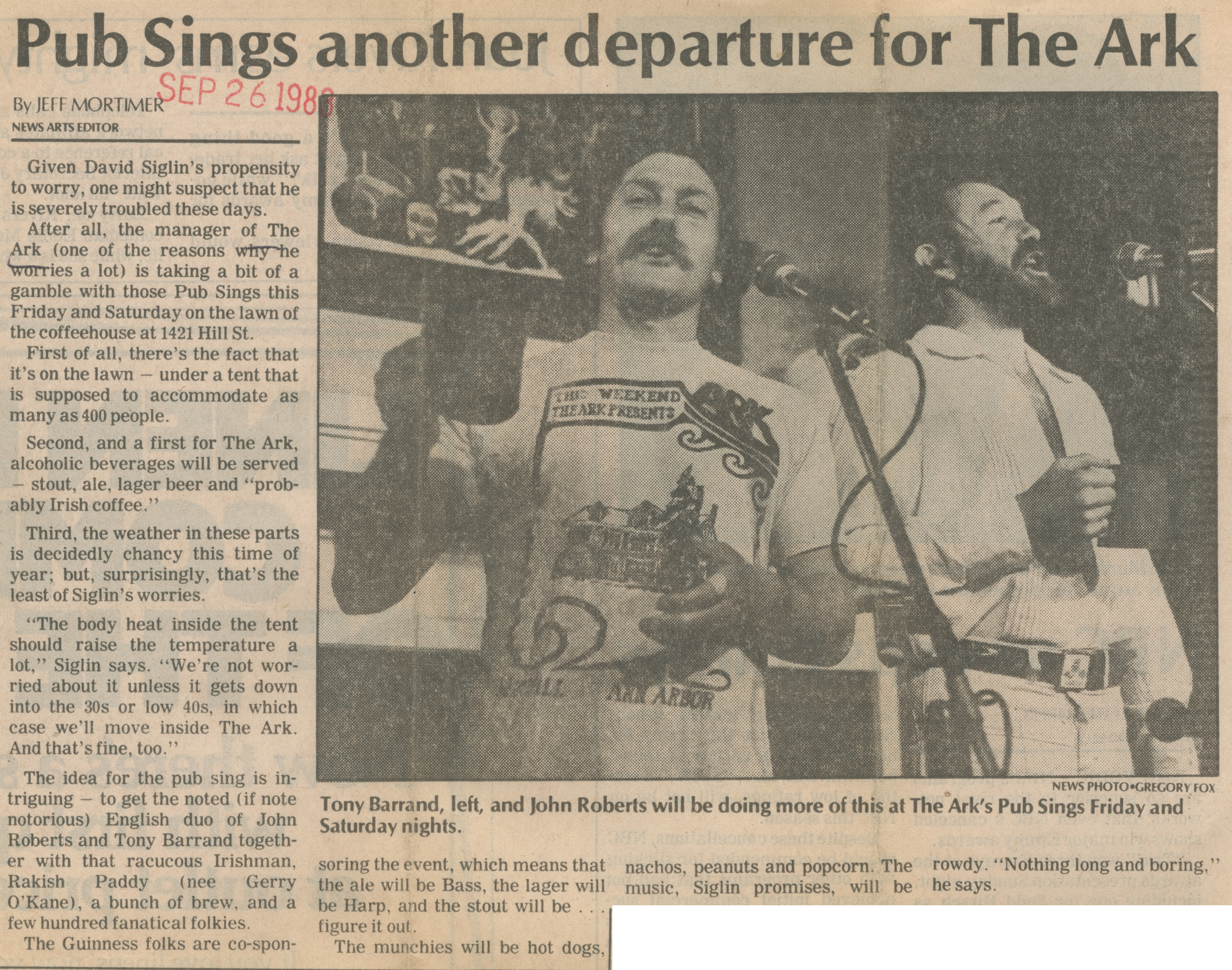 ﻿Pub Sings another departure for The Ark

Given David Siglin’s propensity to worry, one might suspect that he is severely troubled these days.

After all, the manager of The Ark (one of the reasons why he worries a lot) is taking a bit of a gamble with those Pub Sings this Friday and Saturday on the lawn of the coffeehouse at 1421 Hill St.

First of all, there’s the fact that it’s on the lawn - under a tent that is supposed to accommodate as many as 400 people.

Second, and a first for The Ark, alcoholic beverages will be served - stout, ale, lager beer and “probably Irish coffee.”

Third, the weather in these parts is decidedly chancy this time of year; but, surprisingly, that’s the least of Siglin’s worries.

“The body heat inside the tent should raise the temperature a lot,” Siglin says. “We're not worried about it unless it gets down into the 30s or low 40s, in which case we’ll move inside The Ark. And that’s fine, too.”

The idea for the pub sing is intriguing - to get the noted (if note notorious) English duo of John Roberts and Tony Barrand together with that racucous Irishman, Rakish Paddy (nee Gerry O'Kane), a bunch of brew, and a few hundred fanatical folkies.

The Guinness folks are co-sponsoring the event, which means the ale will be Bass, the lager will be Harp, and the stout will be .... figure it out. The munchies will be hot dogs, nachos, peanuts and popcorn. The music, Siglin promises, will be rowdy. “Nothing long and boring,” he says.

Tony Barrand, Left, and John Roberts will be doing more of this at The Ark's Pub Sings Friday and Saturday nights.