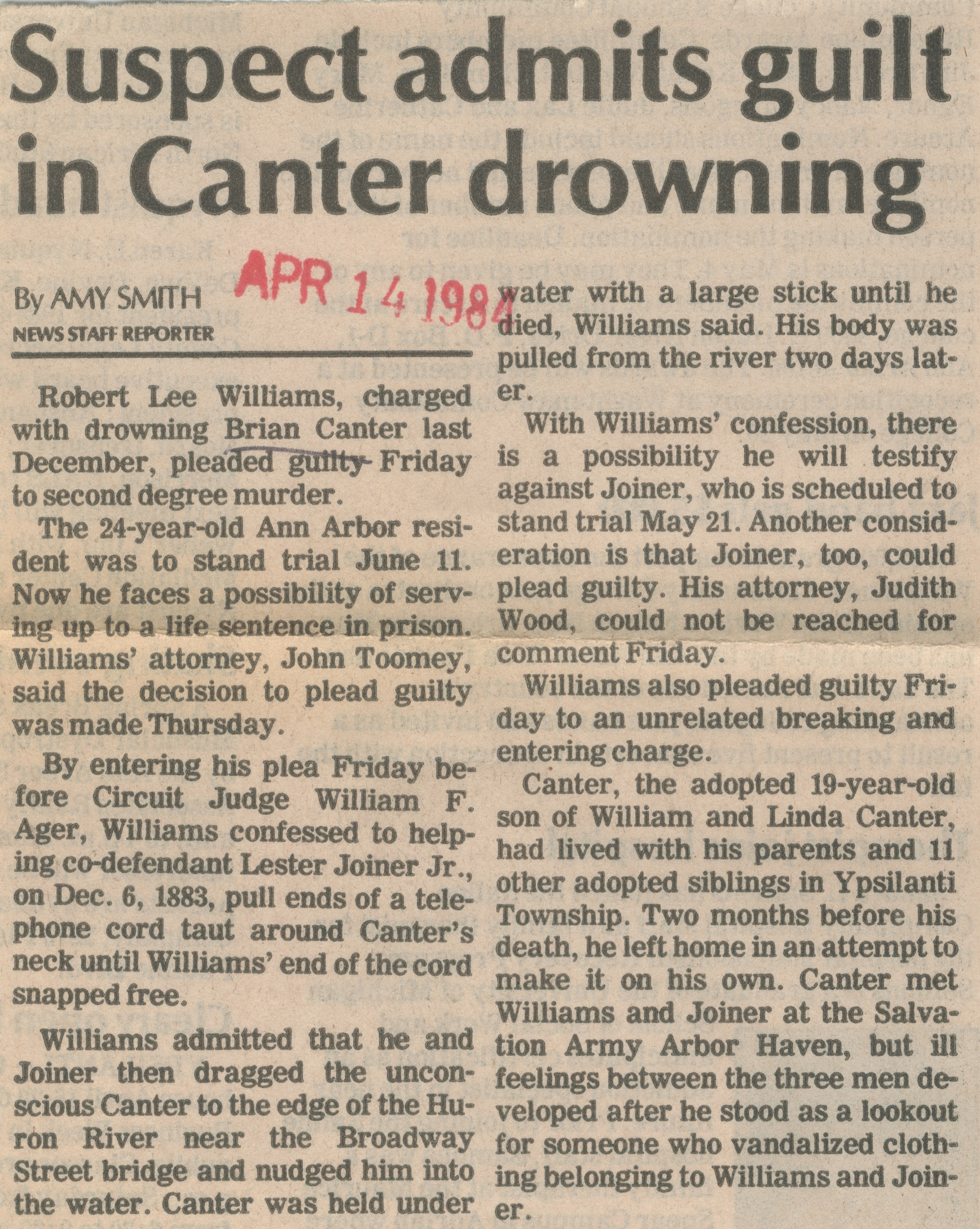 ﻿Suspect admits guilt in Canter drowning<br><br>By AMY SMITH APR J 4 jQfl>pter with a large stick until he<br><br>newsSTAFIreporter ™ died, Williams said. His body was<br><br>Robert Lee Williams, charged with drowning Brian Canter last December, pleaded gouty-Friday to second degree murder.<br><br>The 24-year-old Ann Arbor resident was to stand trial June 11. Now he faces a possibility of serving up to a life sentence in prison. Williams’ attorney, John Toomey, said the decision to plead guilty was made Thursday.<br><br>By entering his plea Friday before Circuit Judge William F. Ager, Williams confessed to helping co-defendant Lester Joiner Jr., on Dec. 6, 1883, pull ends of a telephone cord taut around Canter’s neck until Williams’ end of the cord snapped free.<br><br>Williams admitted that he and Joiner then dragged the unconscious Canter to the edge of the Huron River near the Broadway Street bridge and nudged him into the water. Canter was held under<br><br>pulled from the river two days later.<br><br>With Williams’ confession, there is a possibility he will testify against Joiner, who is scheduled to stand trial May 21. Another consideration is that Joiner, too, could plead guilty. His attorney, Judith Wood, could not be reached for comment Friday.<br><br>Williams also pleaded guilty Friday to an unrelated breaking and entering charge.<br><br>Canter, the adopted 19-year-old son of William and Linda Canter, had lived with his parents and 11 other adopted siblings in Ypsilanti Township. Two months before his death, he left home in an attempt to make it on his own. Canter met Williams and Joiner at the Salvation Army Arbor Haven, but ill feelings between the three men developed after he stood as a lookout for someone who vandalized clothing belonging to Williams and Joiner.