A Shined Up Flame Will Glow Once More 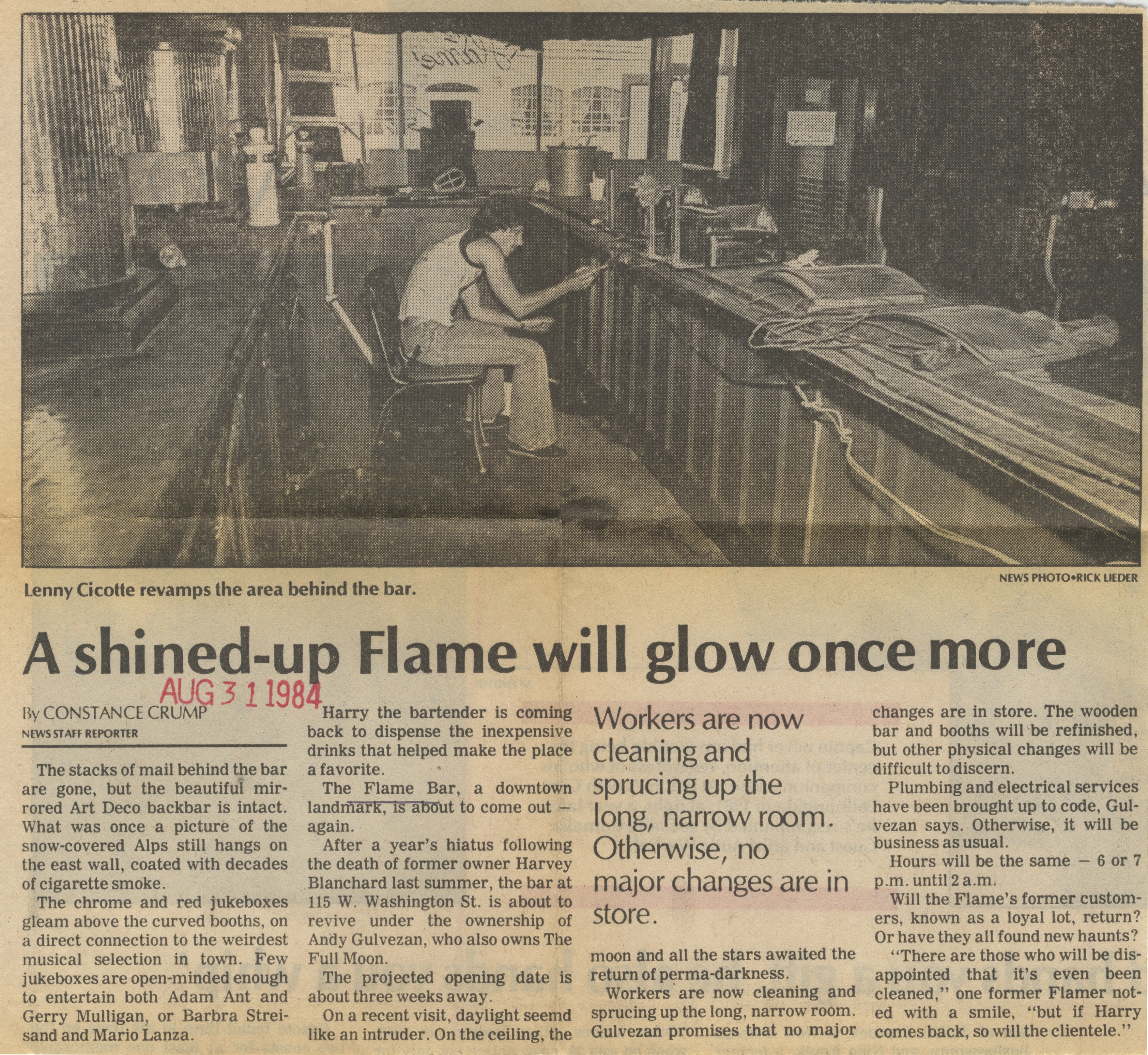 Lenny Cicotte revamps the area behind the bar.

A shined-up Flame will glow once more

The stacks of mail behind the bar are gone, but the beautiful mirrored Art Deco backbar is intact. What was once a picture of the snow-covered Alps still hangs on the east wall, coated with decades of cigarette smoke.

The chrome and red jukeboxes gleam above the curved booths, on a direct connection to the weirdest musical selection in town. Few jukeboxes are open-minded enough to entertain both Adam Ant and Gerry Mulligan, or Barbra Streisand and Mario Lanza.

Harry the bartender is coming back to dispense the inexpensive drinks that helped make the place a favorite.

The Flame Bar, a downtown landmark, is about to come out - again.

After a year’s hiatus following the death of former owner Harvey Blanchard last summer, the bar at 115 W. Washington St. is about to revive under the ownership of Andy Gulvezan, who also owns The Full Moon.

The projected opening date is about three weeks away.

Workers are now cleaning and sprucing up the long, narrow room. Otherwise, no major changes are in store.

On a recent visit, daylight seemed like an intruder. On the ceiling, the moon and all the stars awaited the return of perma-darkness.

Workers are now cleaning and changes are in store. The wooden bar and booths will be refinished, but other physical changes will be difficult to discern.

Plumbing and electrical services have been brought up to code, Gulvezan says. Otherwise, it will be business as usual.

Will the Flame’s former customers, known as a loyal lot, return? Or have they all found new haunts?

“There are those who will be disappointed that it’s even been cleaned,” one former Flamer noted with a smile, “but if Harry

like an intruder. On the ceiling, the Gulvezan promises that no major comes back, so will the clientele.”