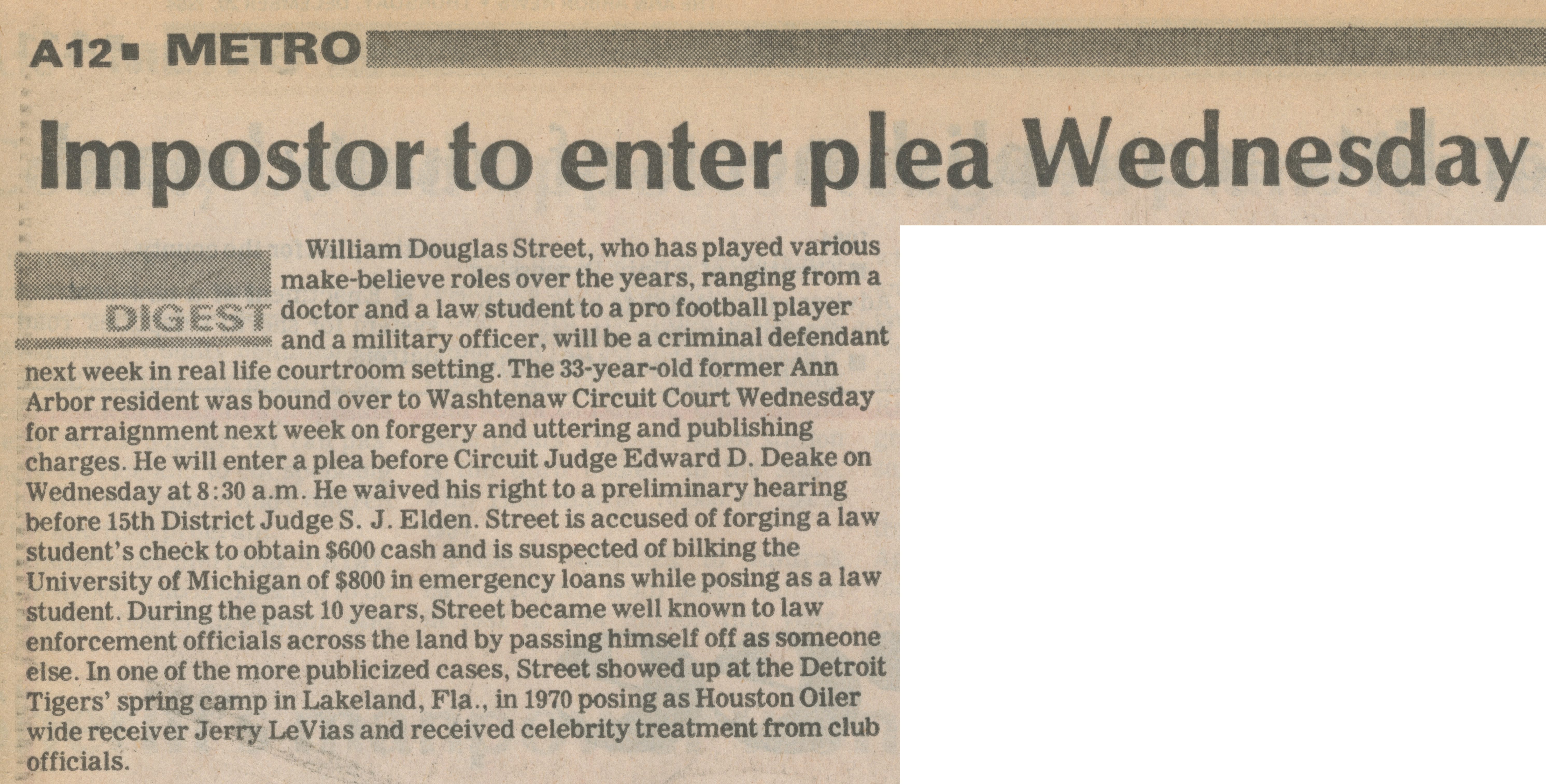 William Douglas Street, who has played various make-believe roles over the years, ranging from a doctor and a law student to a pro football player and a military officer, will be a criminal defendant next week in real life courtroom setting. The 33-year-old former Ann Arbor resident was bound over to Washtenaw Circuit Court Wednesday for arraignment next week on forgery and uttering and publishing charges. He will enter a plea before Circuit Judge Edward D. Deake on Wednesday at 8:30 a m. He waived his right to a preliminary hearing before 15th District Judge S. J. Elden. Street is accused of forging a law student’s check to obtain $600 cash and is suspected of bilking the University of Michigan of $800 in emergency loans while posing as a law student. During the past 10 years, Street became well known to law enforcement officials across the land by passing himself off as someone else. In one of the more publicized cases. Street showed up at the Detroit Tigers’ spring camp in Lakeland, Fla., in 1970 posing as Houston Oiler wide receiver Jerry LeVias and received celebrity treatment from club officials.