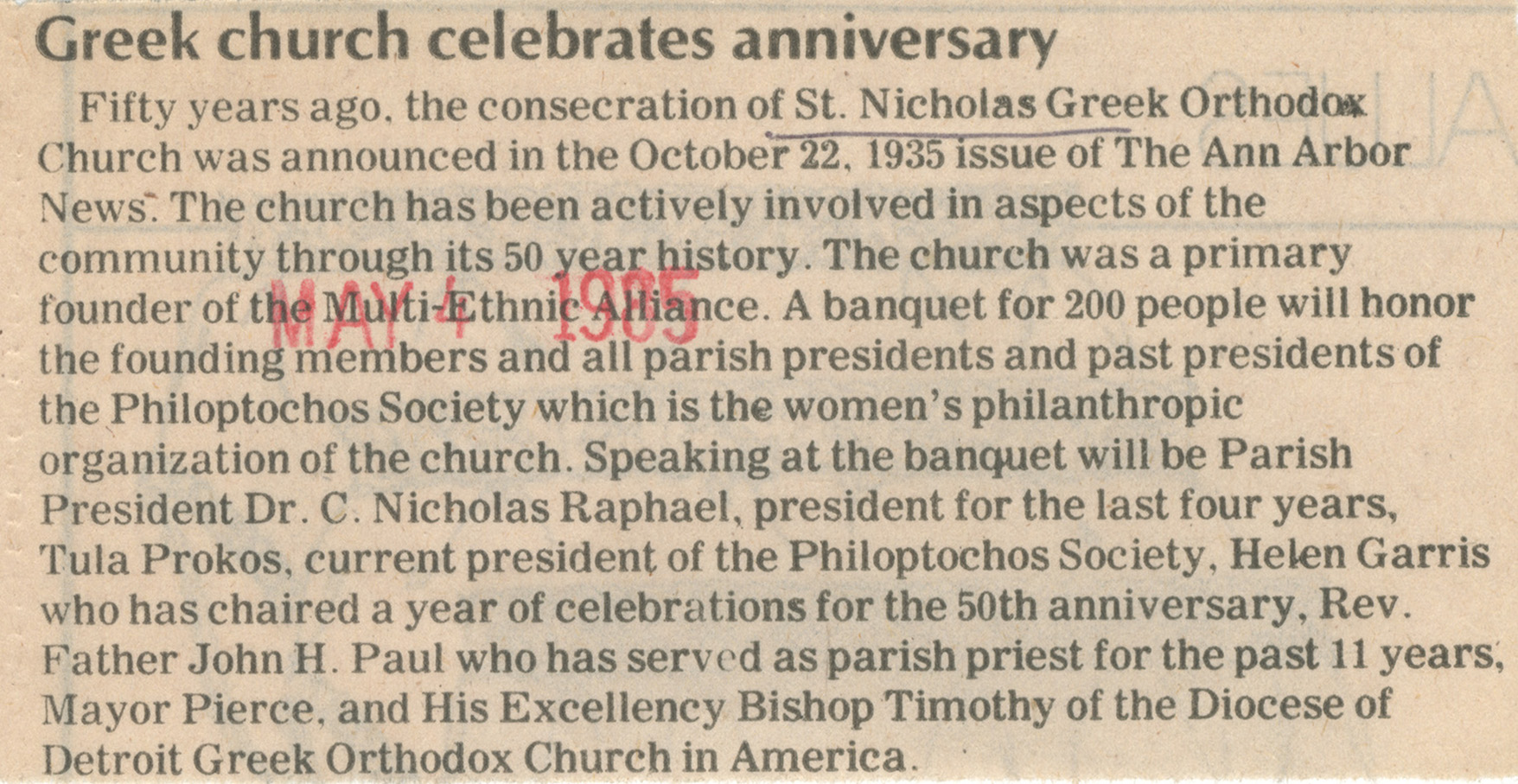 Fifty years ago. the consecration of St. Nicholas Greek Orthodox
Church was announced in the October 22. 1935 issue of The Ann Arbor
Newsi The church has been actively involved in aspects of the
community through its 50_ ` tory. The church was a primary
V founder of tw mKi@thn§ ce. A banquet for 200 people will honor
. the foundin me bers an all parish presidents and past presidents of
the,Philoptochos Society /which is the women’s philanthropic
organization of the church. Speaking at the banquet will be Parish
President Dr. C. Nicholas Raphael, president for the l-ast four years,
O 'Bula Prokos, current president of the Philoptochos Society, Helen Garris
who has chaired a year of celebrations for the 50th anniversary, Rev.
Father John H. Paul who has served as parish priest for the past 11 years;
Mayor Pierce. and His Excellency Bishop ‘Timothy of the Diocese of
Detroit Greek Orthodox Church in America. '