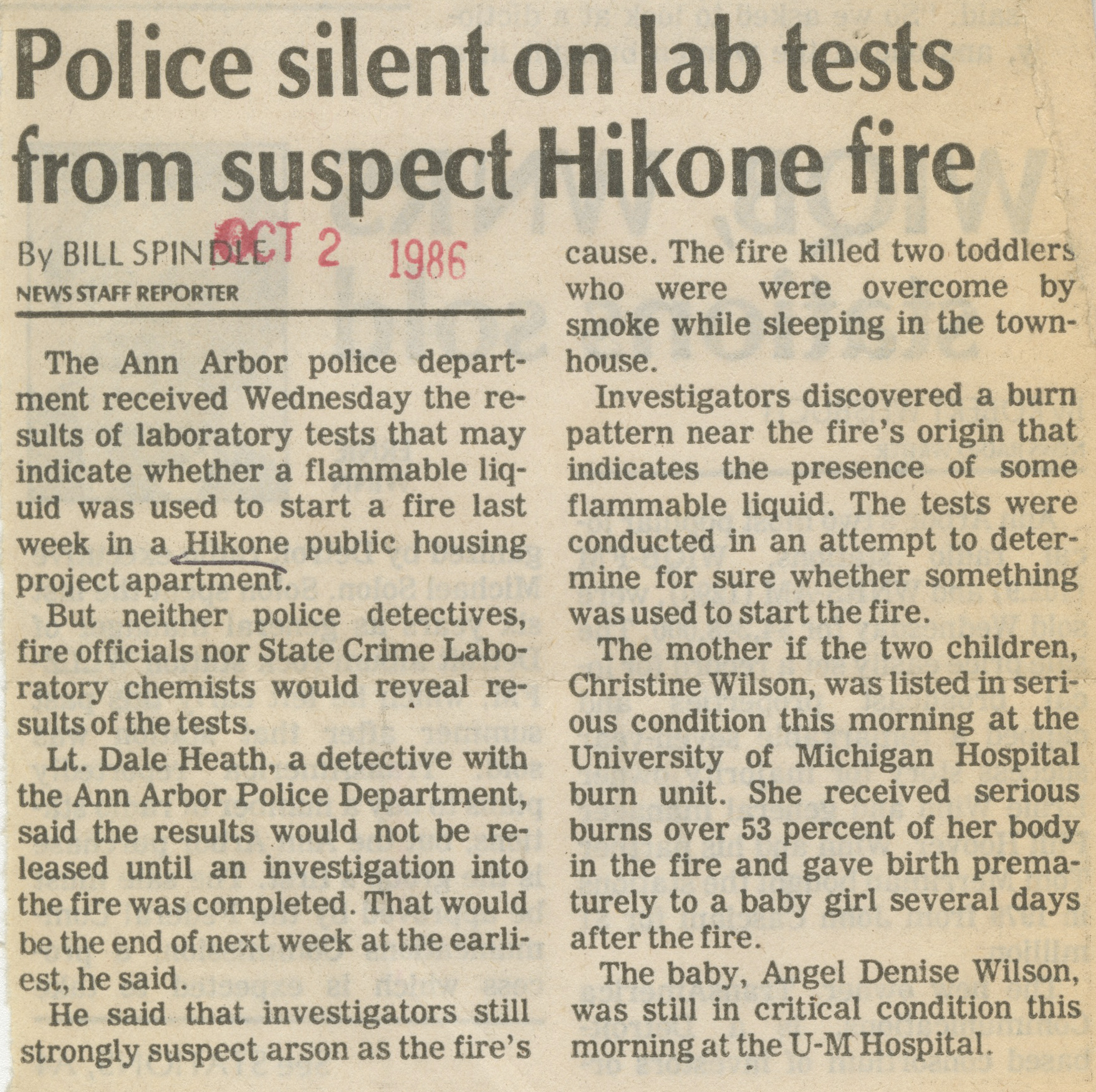 The Ann Arbor police department received Wednesday the results of laboratory tests that may indicate whether a flammable liquid was used to start a fire last week in a Hikone public housing project apartment.

But neither police detectives, fire officials nor State Crime Laboratory chemists would reveal results of the tests.

Lt. Dale Heath, a detective with the Ann Arbor Police Department, said the results would not be released until an investigation into the fire was completed. That would be the end of next week at the earliest, he said.

He said that investigators still strongly suspect arson as the fire’s cause. The fire killed two toddlers who were were overcome by smoke while sleeping in the townhouse.

Investigators discovered a burn pattern near the fire’s origin that indicates the presence of some flammable liquid. The tests were conducted in an attempt to determine for sure whether something was used to start the fire.

The mother if the two children, Christine Wilson, was listed in serious condition this morning at the University of Michigan Hospital burn unit. She received serious burns over 53 percent of her body in the fire and gave birth prematurely to a baby girl several days after the fire.

The baby, Angel Denise Wilson, was still in critical condition this morning at the U-M Hospital.