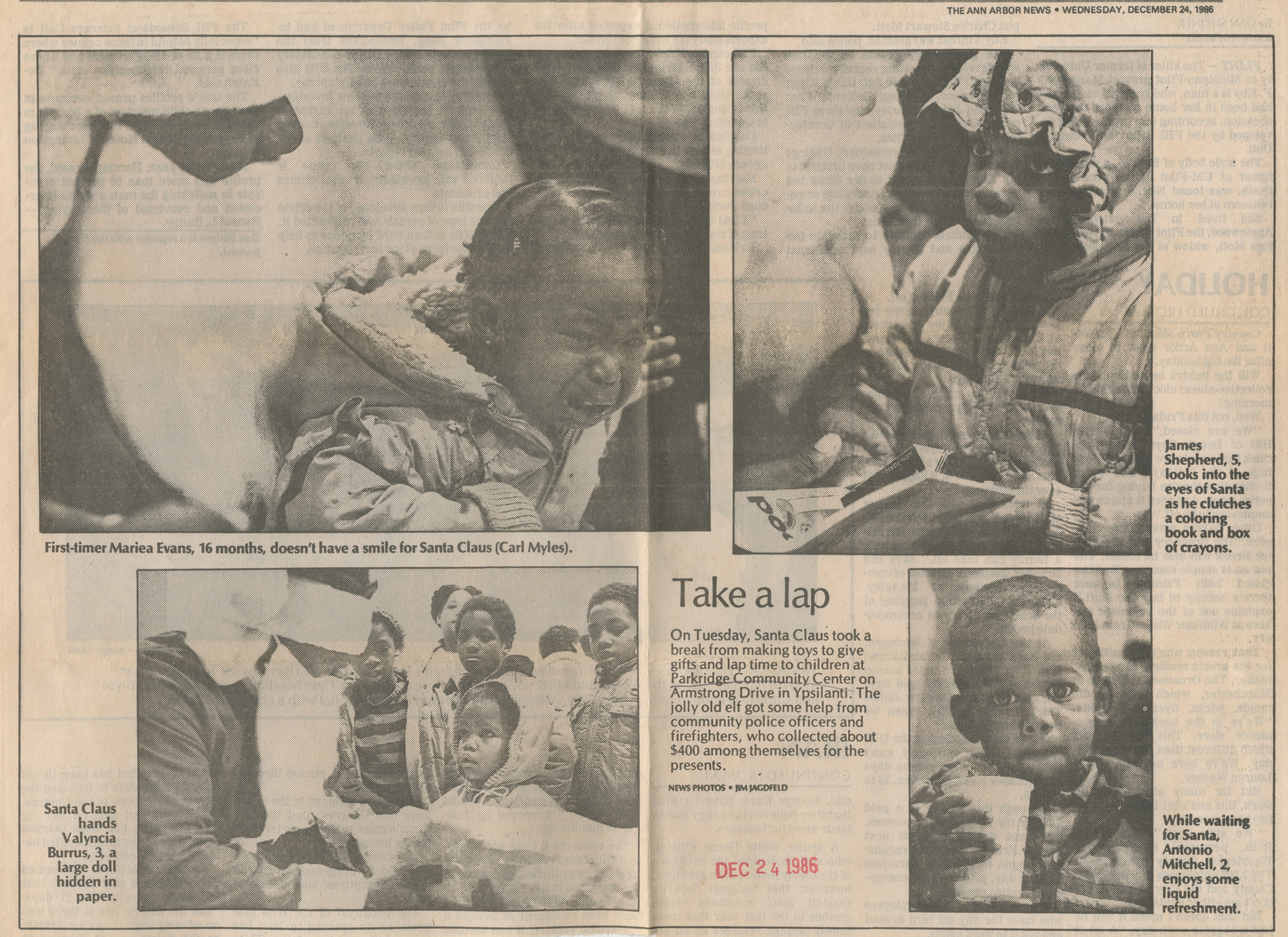 On Tuesday, Santa Claus took a break from making toys to give gifts and lap time to children at Parkridge-Community Center on Armstrong Drive in Ypsilanti. The jolly old elf got some help from community police officers and firefighters, who collected about $400 among themselves for the presents.

James Shepherd, 5, looks into the eyes of Santa as he clutches a coloring book and box of crayons.

While waiting for Santa, Antonio Mitchell, 2, enjoys some liquid
refreshment.