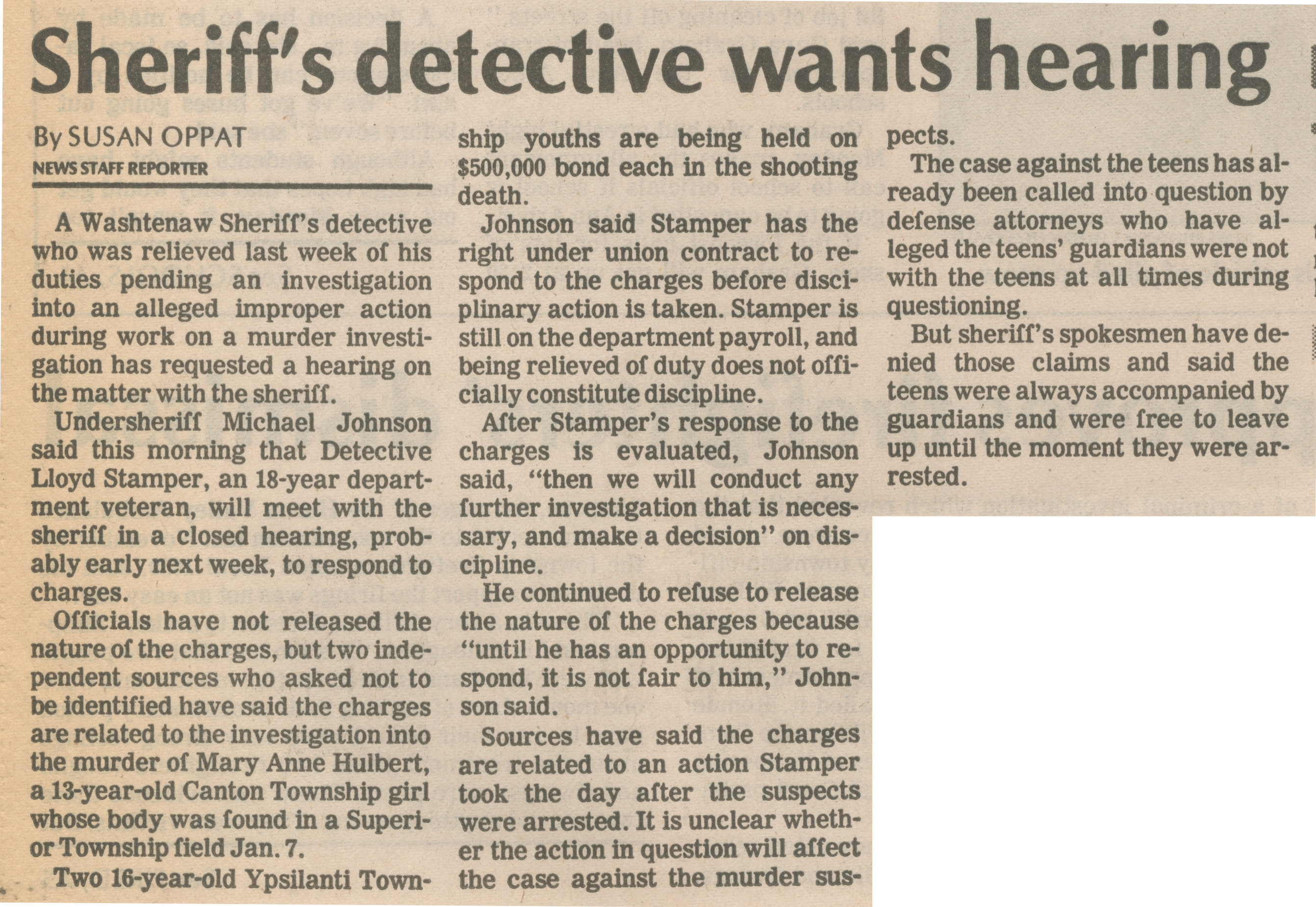 A Washtenaw Sheriff’s detective who was relieved last week of his duties pending an investigation into an alleged improper action during work on a murder investigation has requested a hearing on the matter with the sheriff.

Undersheriff Michael Johnson said this morning that Detective Lloyd Stamper, an 18-year department veteran, will meet with the sheriff in a closed hearing, probably early next week, to respond to charges.

Officials have not released the nature of the charges, but two independent sources who asked not to be identified have said the charges are related to the investigation into the murder of Mary Anne Hulbert, a 13-year-old Canton Township girl whose body was found in a Superior Township field Jan. 7.

Two 16-year-old Ypsilanti Township youths are being held on $500,000 bond each in the shooting death.

Johnson said Stamper has the right under union contract to respond to the charges before disciplinary action is taken. Stamper is still on the department payroll, and being relieved of duty does not officially constitute discipline.

After Stamper’s response to the charges is evaluated, Johnson said, “then we will conduct any further investigation that is necessary, and make a decision” on discipline.

He continued to refuse to release the nature of the charges because “until he has an opportunity to respond, it is not fair to him,” Johnson said.

Sources have said the charges are related to an action Stamper took the day after the suspects were arrested. It is unclear whether the action in question will affect the case against the murder suspects.

The case against the teens has already been called into question by defense attorneys who have alleged the teens’ guardians were not with the teens at all times during questioning.

But sheriff’s spokesmen have denied those claims and said the teens were always accompanied by guardians and were free to leave up until the moment they were arrested.