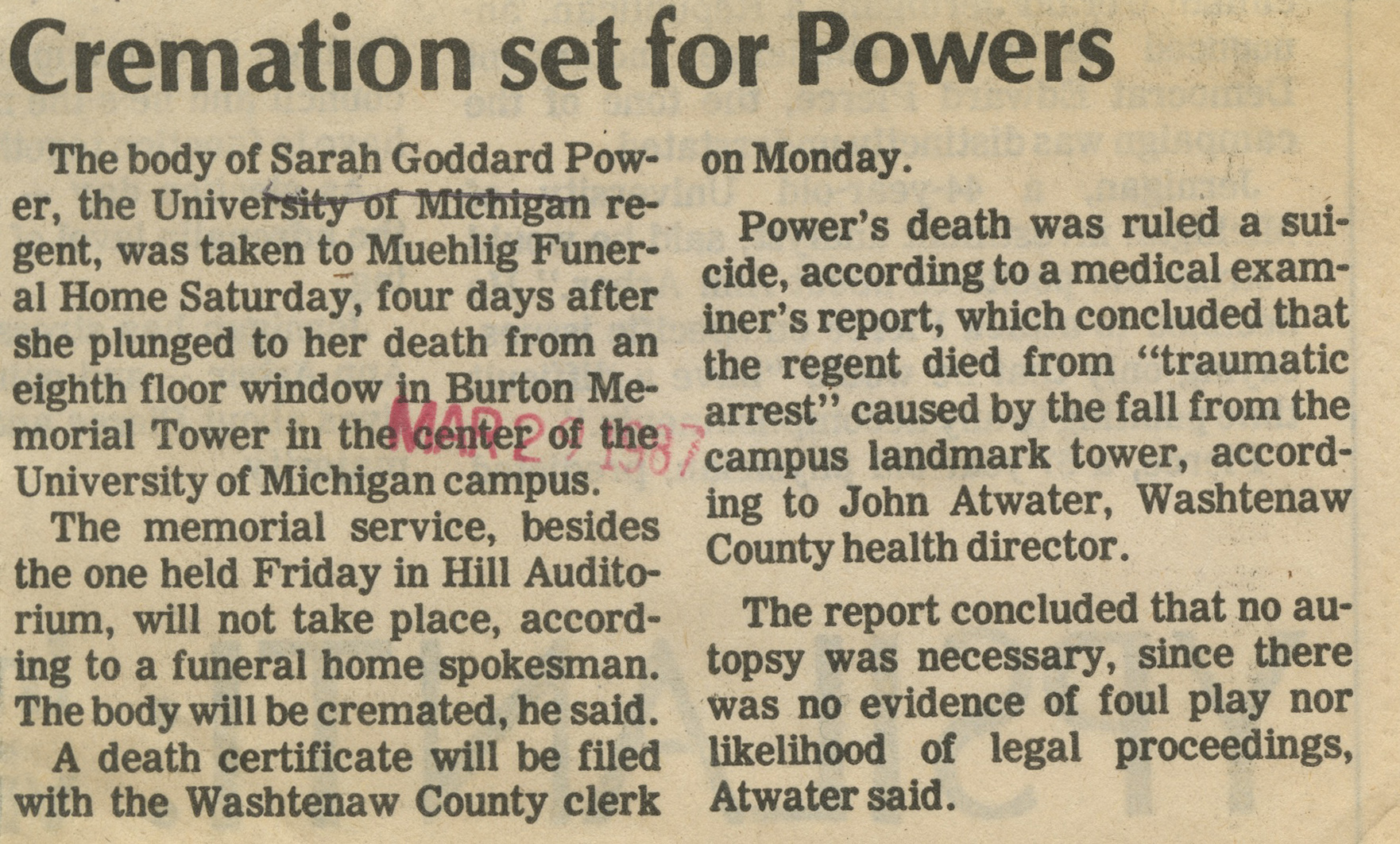 The body of Sarah Goddard Power, the University of Michigan regent, was taken to Muehlig Funeral Home Saturday, four days after she plunged to her death from an eighth floor window in Burton Memorial Tower in the center of the University of Michigan campus. The memorial service, besides the one held Friday in Hill Auditorium, will not take place, according to a funeral home spokesman. The body will be cremated, he said. A death certificate will be filed with the Washtenaw County clerk on Monday. Power's death was ruled a suicide, according to a medical examiner's report, which concluded that the regent died from “traumatic arrest” caused by the fall from the campus landmark tower, according to John Atwater, Washtenaw County health director. The report concluded that no autopsy was necessary, since there was no evidence of foul play nor likelihood of legal proceedings, Atwater said.