Jessie Coller, first woman on county board, dies at 97 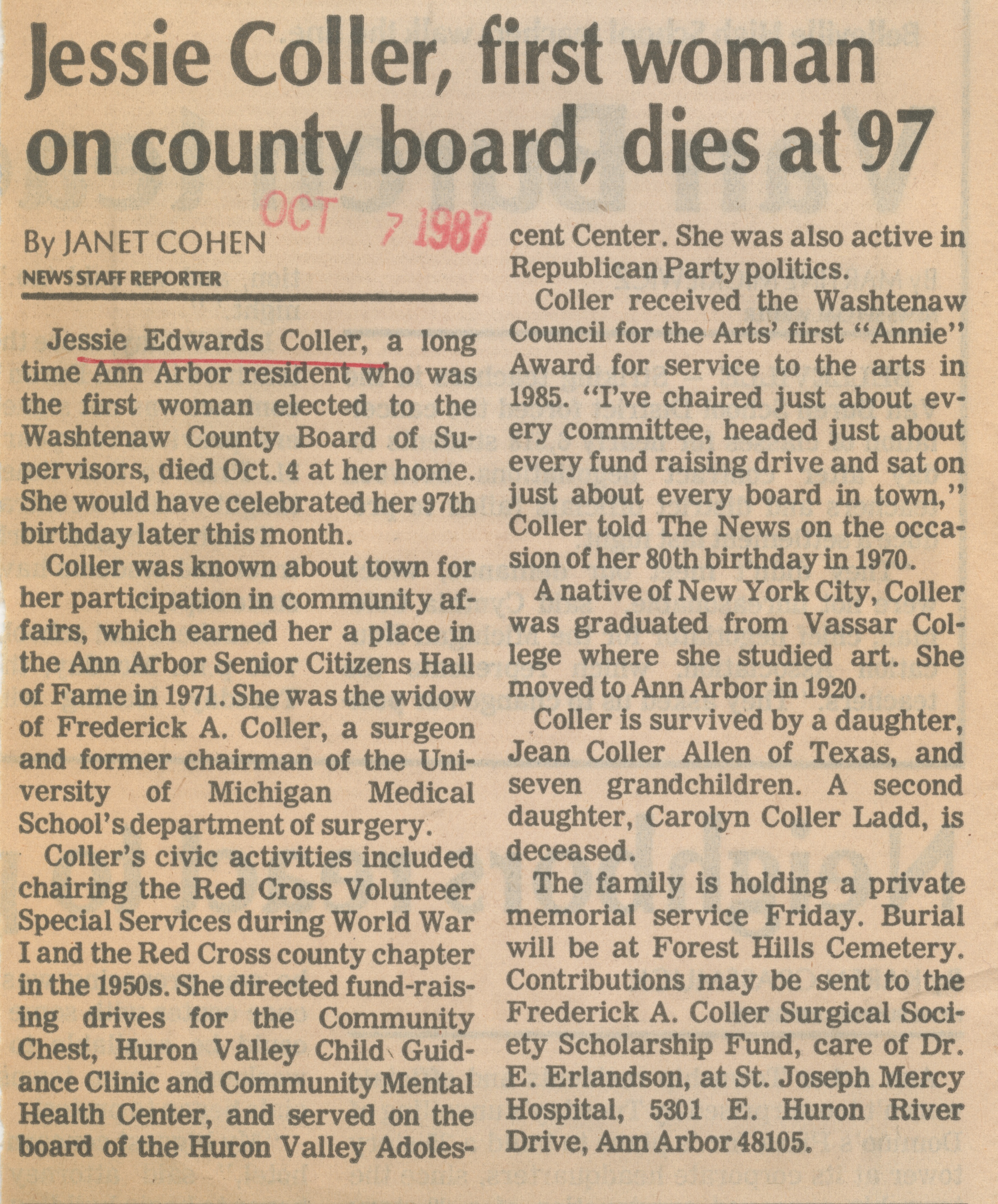 ﻿Jessie Coller, first woman on county board, dies at 97

Jessie Edwards Coller, a long time Ann Arbor resident who was the first woman elected to the Washtenaw County Board of Supervisors, died Oct. 4 at her home. She would have celebrated her 97th birthday later this month.

Coller was known about town for her participation in community affairs, which earned her a place in the Ann Arbor Senior Citizens Hall of Fame in 1971. She was the widow of Frederick A. Coller, a surgeon and former chairman of the University of Michigan Medical School’s department of surgery.

Coller’s civic activities included chairing the Red Cross Volunteer Special Services during World War I and the Red Cross county chapter in the 1950s. She directed fund-raising drives for the Community Chest, Huron Valley Child Guidance Clinic and Community Mental Health Center, and served on the board of the Huron Valley Adolescent Center. She was also active in Republican Party politics.

A native of New York City, Coller was graduated from Vassar College where she studied art. She moved to Ann Arbor in 1920.

Coller is survived by a daughter, Jean Coller Allen of Texas, and seven grandchildren. A second daughter, Carolyn Coller Ladd, is deceased.