WCC Band to jazz up Carnegie 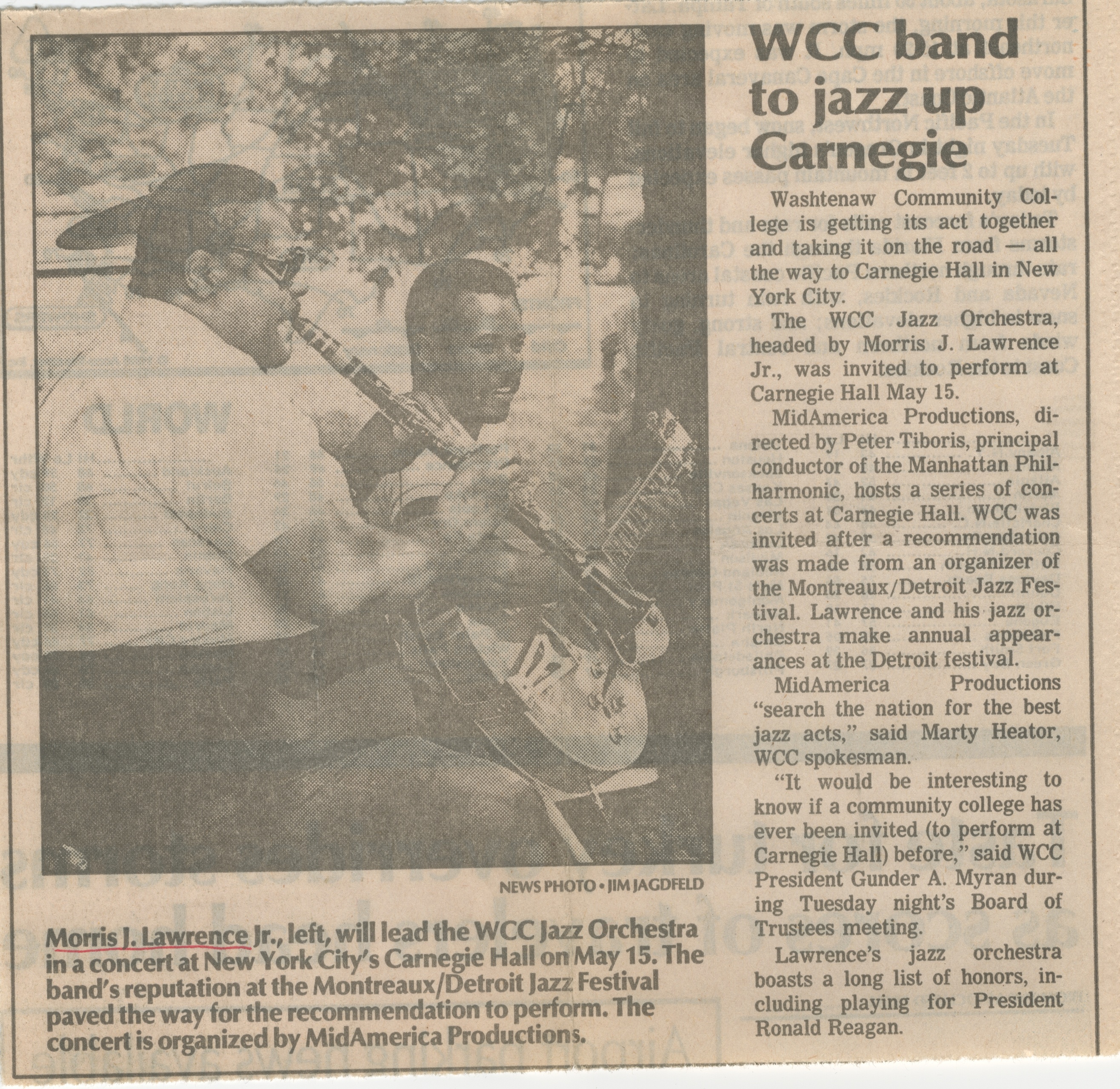 Morris J. Lawrence lr.. left, will lead the WCC Jazz Orchestra in a concert at New York City's Carnegie Hall on May 15. The band's reputation at the Montreaux/Detroit Jazz Festival paved the way for the recommendation to perform. The concert is organized by MidAmerica Productions.

WCC band to jazz up Carnegie

Washtenaw Community College is getting its act together and taking it on the road — all the way to Carnegie Hall in New York City.

The WCC Jazz Orchestra, headed by Morris J. Lawrence Jr., was invited to perform at Carnegie Hall May 15.

MidAmerica Productions, directed by Peter Tiboris, principal conductor of the Manhattan Philharmonic, hosts a series of concerts at Carnegie Hall. WCC was invited after a recommendation was made from an organizer of the Montreaux/Detroit Jazz Festival. Lawrence and his jazz orchestra make annual appearances at the Detroit festival.

“It would be interesting to know if a community college has ever been invited (to perform at Carnegie Hall) before,” said WCC President Gunder A. Myran during Tuesday night’s Board of Trustees meeting.