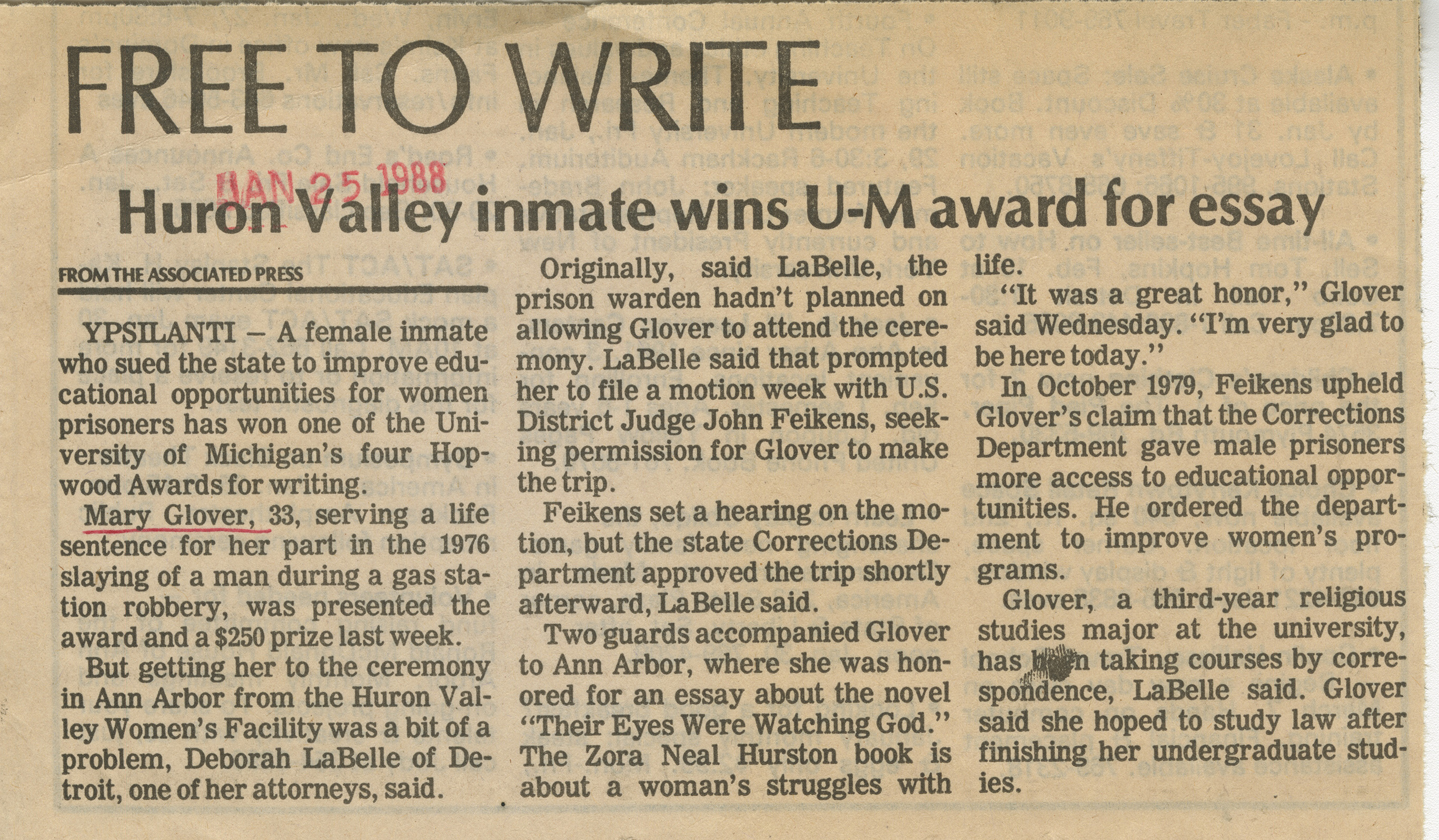 FROM THE ASSOCIATED PRESS

YPSILANTI - A female inmate who sued the state to improve educational opportunities for women prisoners has won one of the University of Michigan’s four Hopwood Awards for writing.

Mary Glover, 33, serving a life sentence for her part in the 1976 slaying of a man during a gas station robbery, was presented the award and a $250 prize last week.

But getting her to the ceremony in Ann Arbor from the Huron Valley Women’s Facility was a bit of a problem, Deborah LaBelle of Detroit, one of her attorneys, said.

Originally, said LaBelle, the prison warden hadn’t planned on allowing Glover to attend the ceremony. LaBelle said that prompted her to file a motion week with U.S. District Judge John Feikens, seeking permission for Glover to make the trip.

Feikens set a hearing on the motion, but the state Corrections Department approved the trip shortly afterward, LaBelle said.

Two guards accompanied Glover to Ann Arbor, where she was honored for an essay about the novel “Their Eyes Were Watching God.” The Zora Neal Hurston book is about a woman’s struggles with life.

“It was a great honor,” Glover said Wednesday. “I’m very glad to be here today.”

Glover, a third-year religious studies major at the university, has been taking courses by correspondence, LaBelle said. Glover said she hoped to study law after finishing her undergraduate studies.