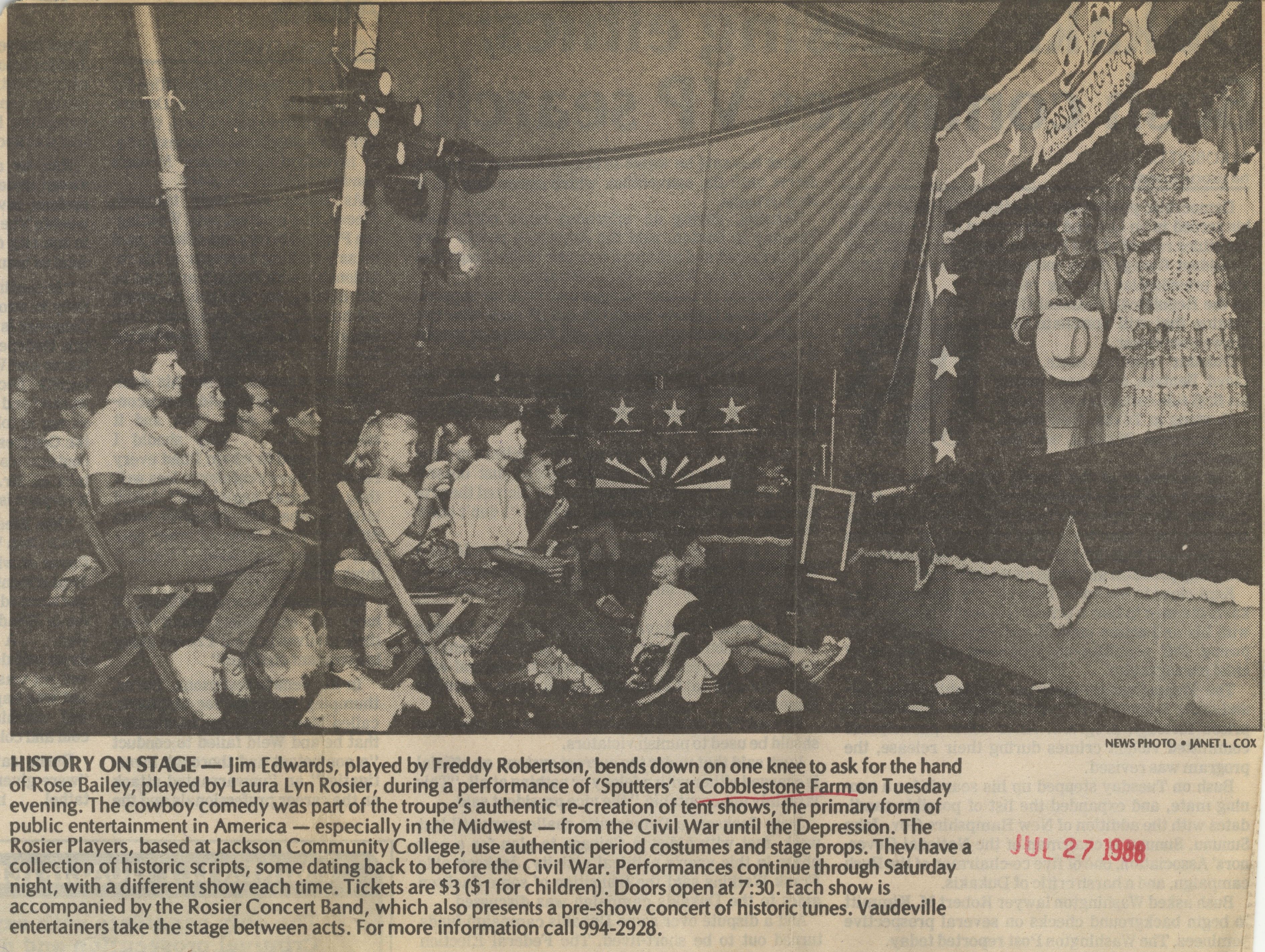 ﻿HISTORY ON STAGE — Jim Edwards, played by Freddy Robertson, bends down on one knee to ask for the hand of Rose Bailey, played by Laura Lyn Rosier, during a performance of 'Sputters' at Cobblestone Farm on Tuesday evening. The cowboy comedy was part of the troupe's authentic re-creation of tent shows, the primary form of public entertainment in America — especially in the Midwest — from the Civil War until the Depression. The Rosier Players, based at Jackson Community College, use authentic period costumes and stage props. They have a collection of historic scripts, some dating back to before the Civil War. Performances continue through Saturday night, with a different show each time. Tickets are $3 ($1 for children). Doors open at 7:30. Each show is accompanied by the Rosier Concert Band, which also presents a pre-show concert of historic tunes. Vaudeville entertainers take the stage between acts. For more information call 994-2928.