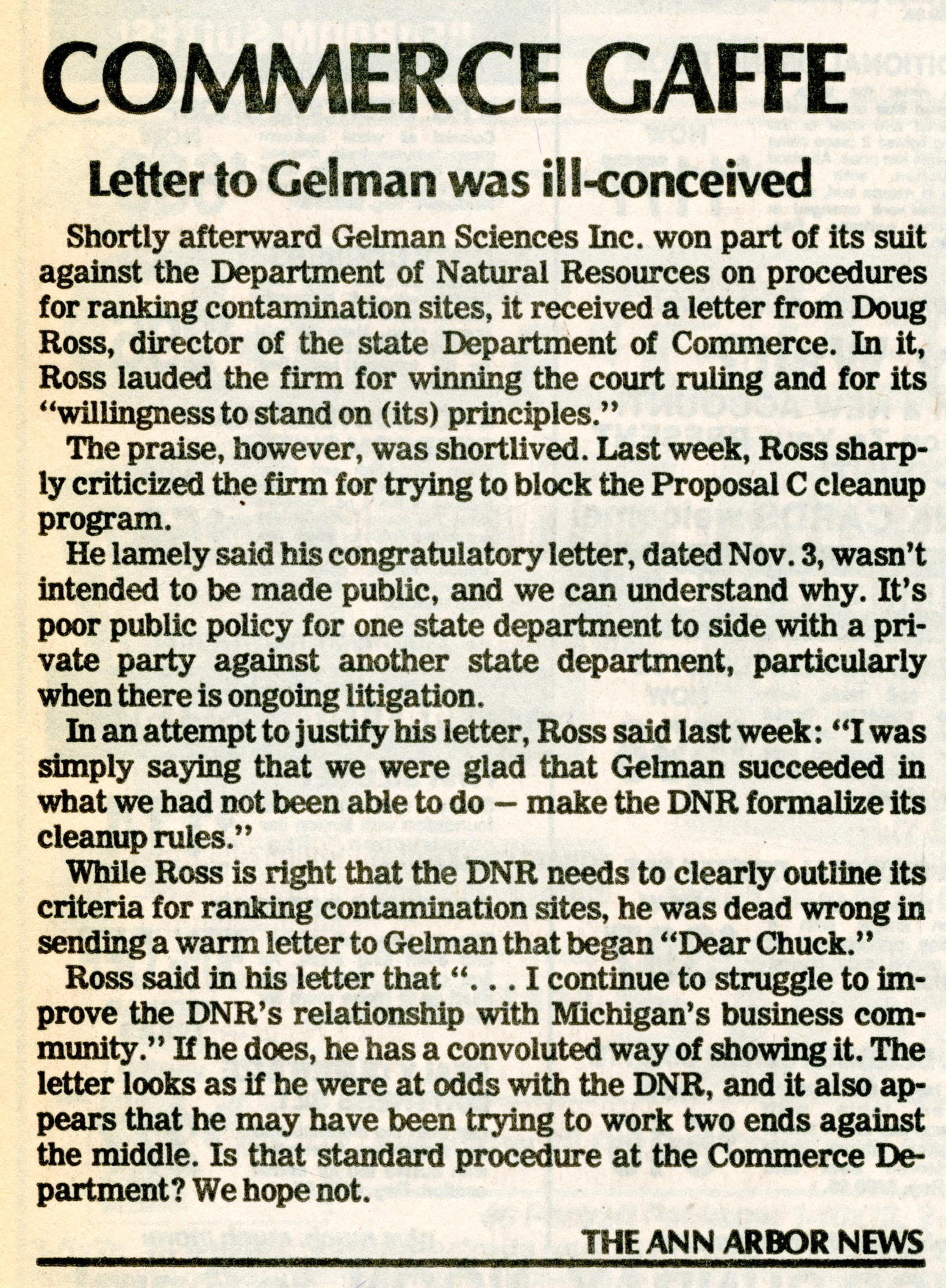 Letter to Gelman was ill-conceived

Shortly afterward Gelman Sciences Inc. won part of its suit against the Department of Natural Resources on procedures for ranking contamination sites, it received a letter from Doug Ross, director of the state Department of Commerce. In it, Ross lauded the firm for winning the court ruling and for its “willingness to stand on (its) principles.”

The praise, however, was shortlived. Last week, Ross sharply criticized the firm for trying to block the Proposal C cleanup program.

He lamely said his congratulatory letter, dated Nov. 3, wasn’t intended to be made public, and we can understand why. It’s poor public policy for one state department to side with a private party against another state department, particularly when there is ongoing litigation.

In an attempt to justify his letter, Ross said last week: “I was simply saying that we were glad that Gelman succeeded in what we had not been able to do - make the DNR formalize its cleanup rules.”

While Ross is right that the DNR needs to clearly outline its criteria for ranking contamination sites, he was dead wrong in sending a warm letter to Gelman that began “Dear Chuck.”

Ross said in his letter that “... I continue to struggle to improve the DNR’s relationship with Michigan’s business community.” If he does, he has a convoluted way of showing it. The letter looks as if he were at odds with the DNR, and it also appears that he may have been trying to work two ends against the middle. Is that standard procedure at the Commerce Department? We hope not.