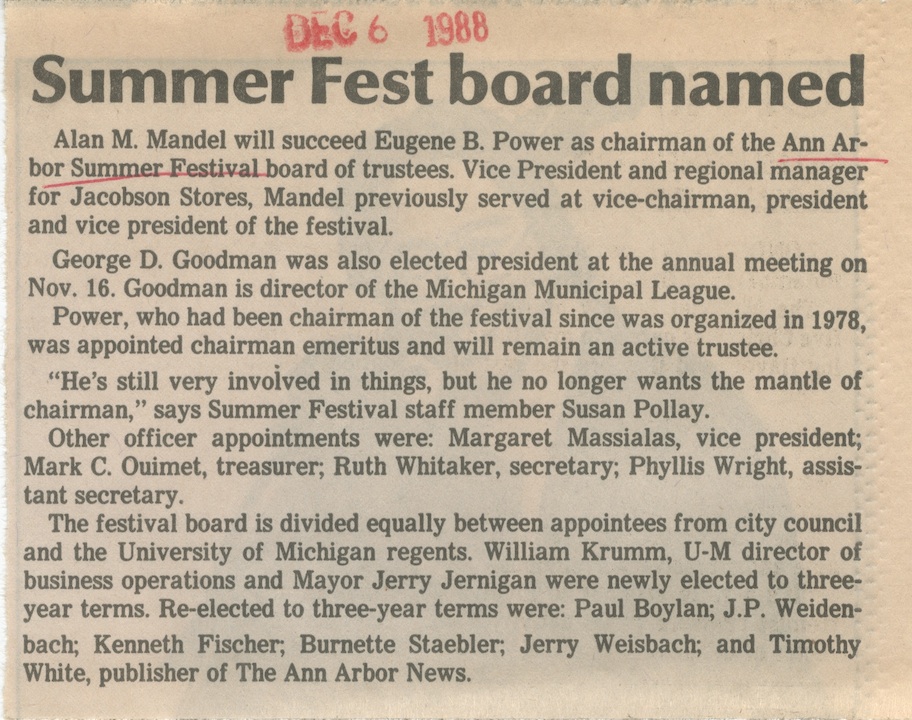 Alan M. Mandel will succeed Eugene B. Power as chairman of the Ann Arbor Summer Festival board of trustees. Vice President and regional manager for Jacobson Stores, Mandel previously served as vice-chairman, president and president of the festival.

George D. Goodman was also elected president at the annual meeting on Nov. 16. Goodman is director of the Michigan Municipal League.

Power, who had been chairman of the festival since was organized in 1978, was appointed chairman emeritus and will remain an active trustee.

The festival board is divided equally between appointees from city council and the University of Michigan regents. William Krumm, U-M director of the business operations and Mayor Jerry Jernigan were newly elected to three-year terms. Re-elected to three-year terms were: Paul Boylan; J.P. Weidenbach; Kenneth Fischer; Burnette Staebler; Jerry Weisbach; and Timothy White, publisher of the Ann Arbor News.