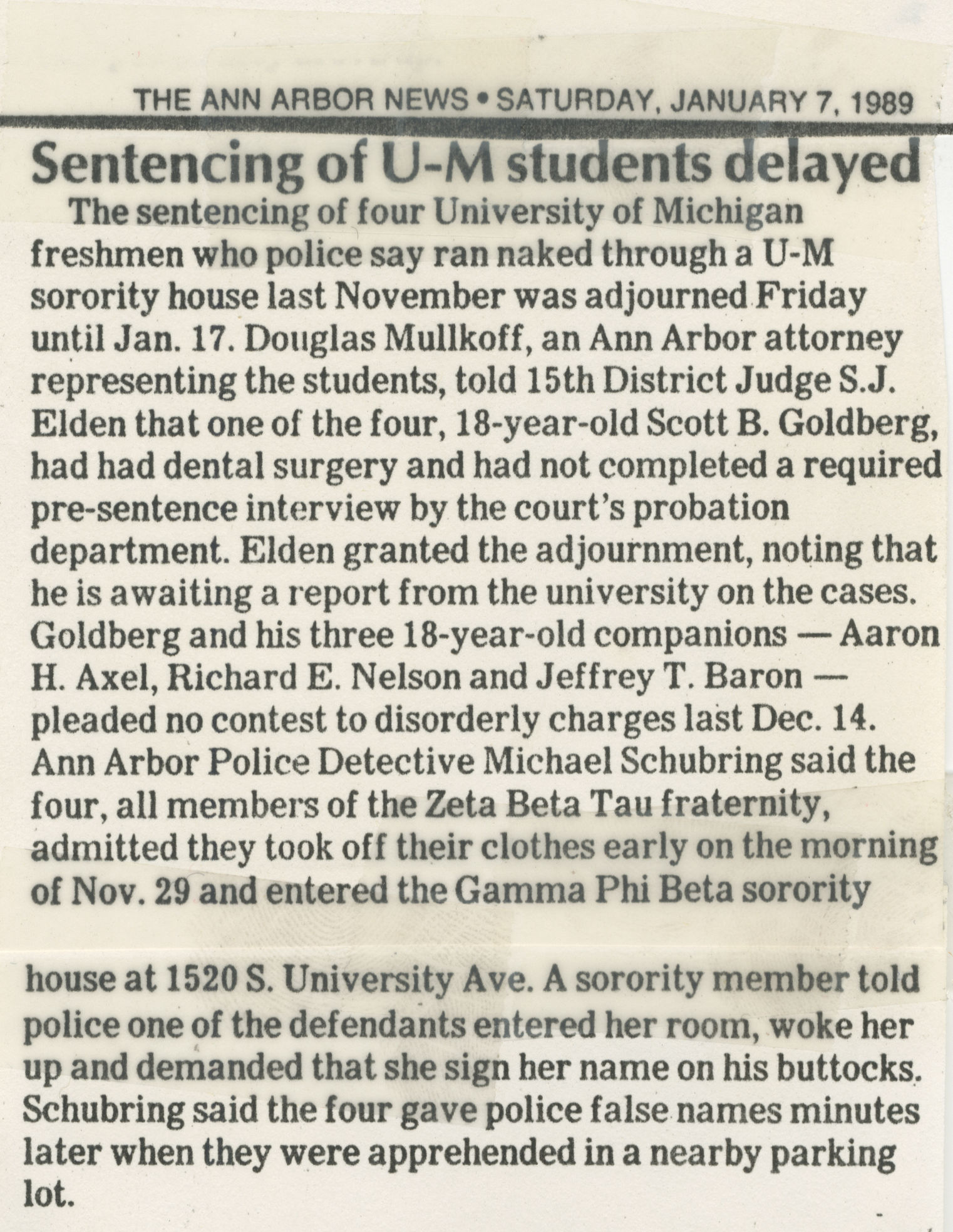 The sentencing of four University of Michigan freshmen who police say ran naked through a U-M sorority house last November was adjourned Friday until Jan. 17. Douglas Mullkoff, an Ann Arbor attorney representing the students, told 15th District Judge S.J. Elden that one of the four, 18-year-old Scott B. Goldberg, had had dental surgery and had not completed a required pre-sentence interview by the court's probation department. Elden granted the adjournment, noting that he is awaiting a report from the university on the cases. Goldberg and his three 18-year-old companions -- Aaron H. Axel, Richard E. Nelson and Jeffrey T. Baron - pleaded no contest to disorderly charges last Dec. 14. Ann Arbor Police Detective Michael Schubring said the four, all members of the Zeta Beta Tau fraternity, admitted they took off their clothes early on the morning of Nov. 29 and entered the Gamma Phi Beta sorority
house at 1520 S. University Ave. A sorority member told police one of the defendants entered her room, woke her up and demanded that she sign her name on his buttocks. Schubring said the four gave police false names minutes later when they were apprehended in a nearby parking lot.