Polygraph Will Be Used To Test Intent of 'Prank' 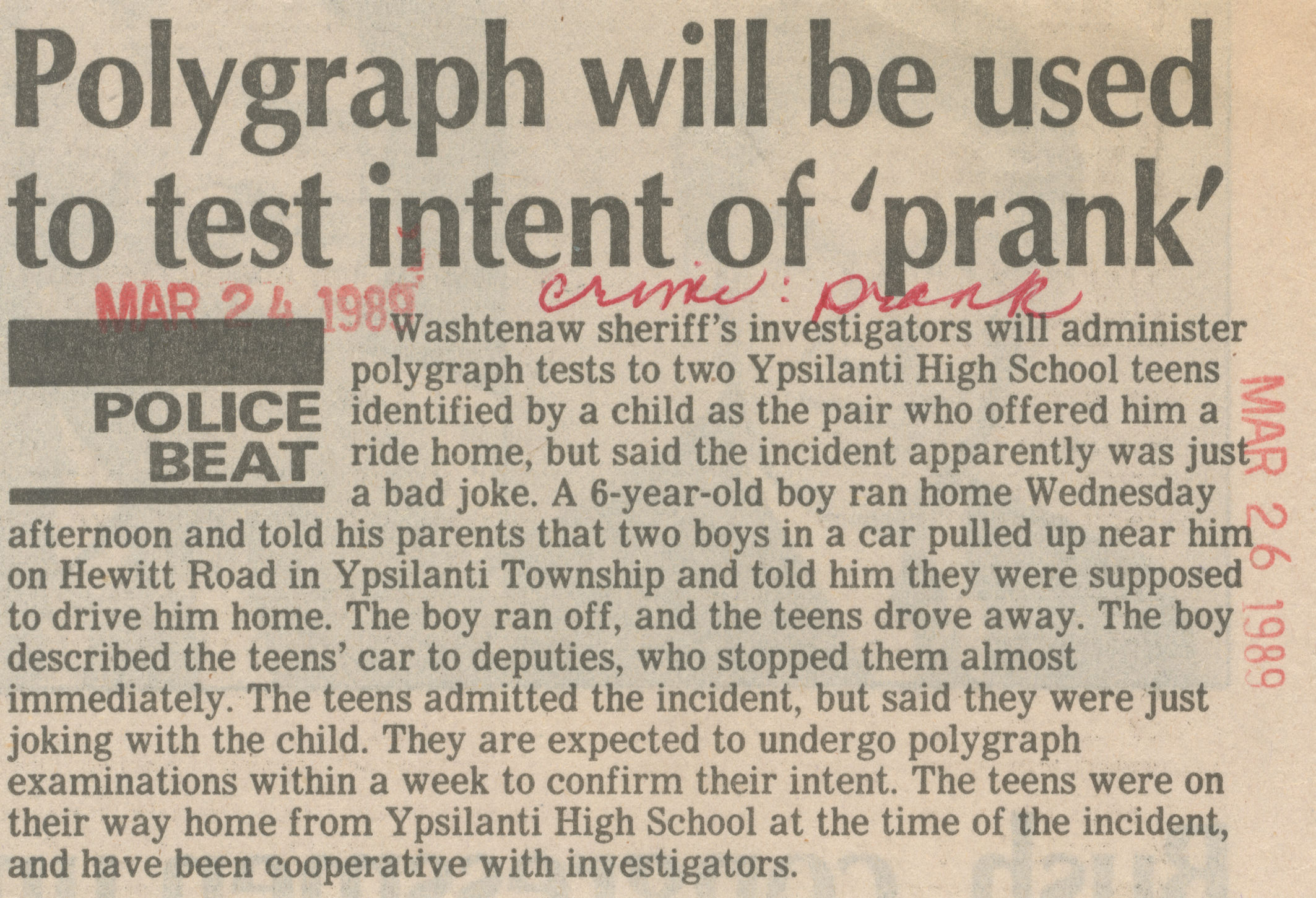 Polygraph will be used to test intent of 'prank'
Washtenaw sheriff's investigators will administer polygraph tests to two Ypsilanti High School teens POLICE identified by a child as the pair who offered him a ride home, but said the incident apparently was just a bad joke. A 6-year-old boy ran home Wednesday afternoon and told his parents that two boys in a car pulled up near him on Hewitt Road in Ypsilanti Township and told him they were supposed to drive him home. The boy ran off, and the teens drove away. The boy described the teens' car to deputies, who stopped them almost immediately. The teens admitted the incident, but said they were just joking with the child. They are expected to undergo polygraph examinations within a week to confirm their intent. The teens were on their way home from Ypsilanti High School at the time of the incident, and have been cooperative with investigators.