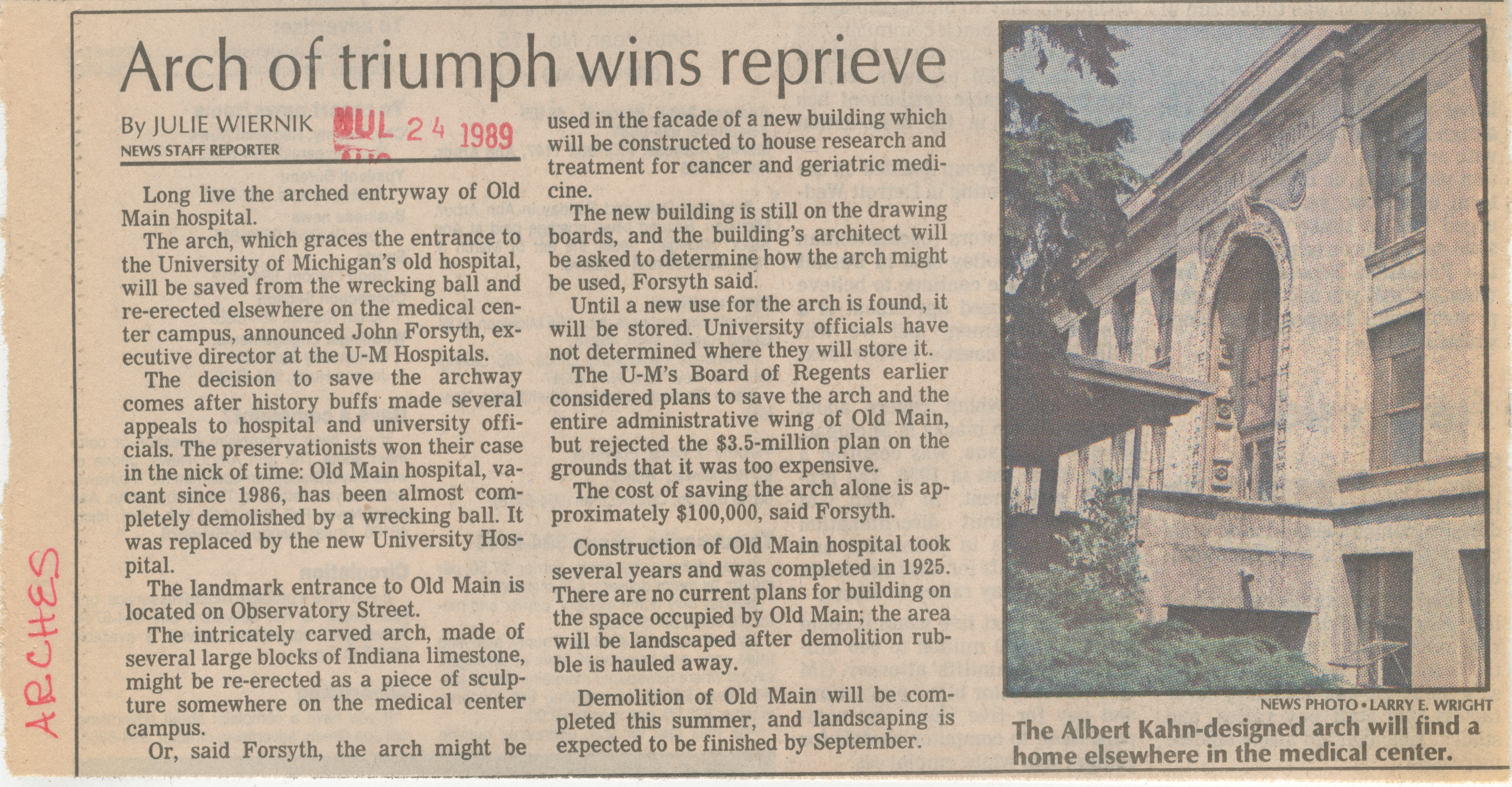 The arch, which graces the entrance to the University of Michigan’s old hospital, will be saved from the wrecking ball and re-erected elsewhere on the medical center campus, announced John Forsyth, executive director at the U-M Hospitals.

The decision to save the archway comes after history buffs made several appeals to hospital and university officials. The preservationists won their case in the nick of time: Old Main hospital, vacant since 1986, has been almost completely demolished by a wrecking ball. It was replaced by the new University Hospital.

The landmark entrance to Old Main is located on Observatory Street.

The intricately carved arch, made of several large blocks of Indiana limestone, might be re-erected as a piece of sculpture somewhere on the medical center campus.

Or, said Forsyth, the arch might be used in the facade of a new building which will be constructed to house research and treatment for cancer and geriatric medicine.

The new building is still on the drawing boards, and the building’s architect will be asked to determine how the arch might be used, Forsyth said.

Until a new use for the arch is found, it will be stored. University officials have not determined where they will store it.

The U-M’s Board of Regents earlier considered plans to save the arch and the entire administrative wing of Old Main, but rejected the $3.5-million plan on the grounds that it was too expensive.

The cost of saving the arch alone is approximately $100,000, said Forsyth.

Construction of Old Main hospital took several years and was completed in 1925. There are no current plans for building on the space occupied by Old Main; the area will be landscaped after demolition rubble is hauled away.

Demolition of Old Main will be completed this summer, and landscaping is expected to be finished by September.