Old Home Week Kicks Off At The Ark On Friday 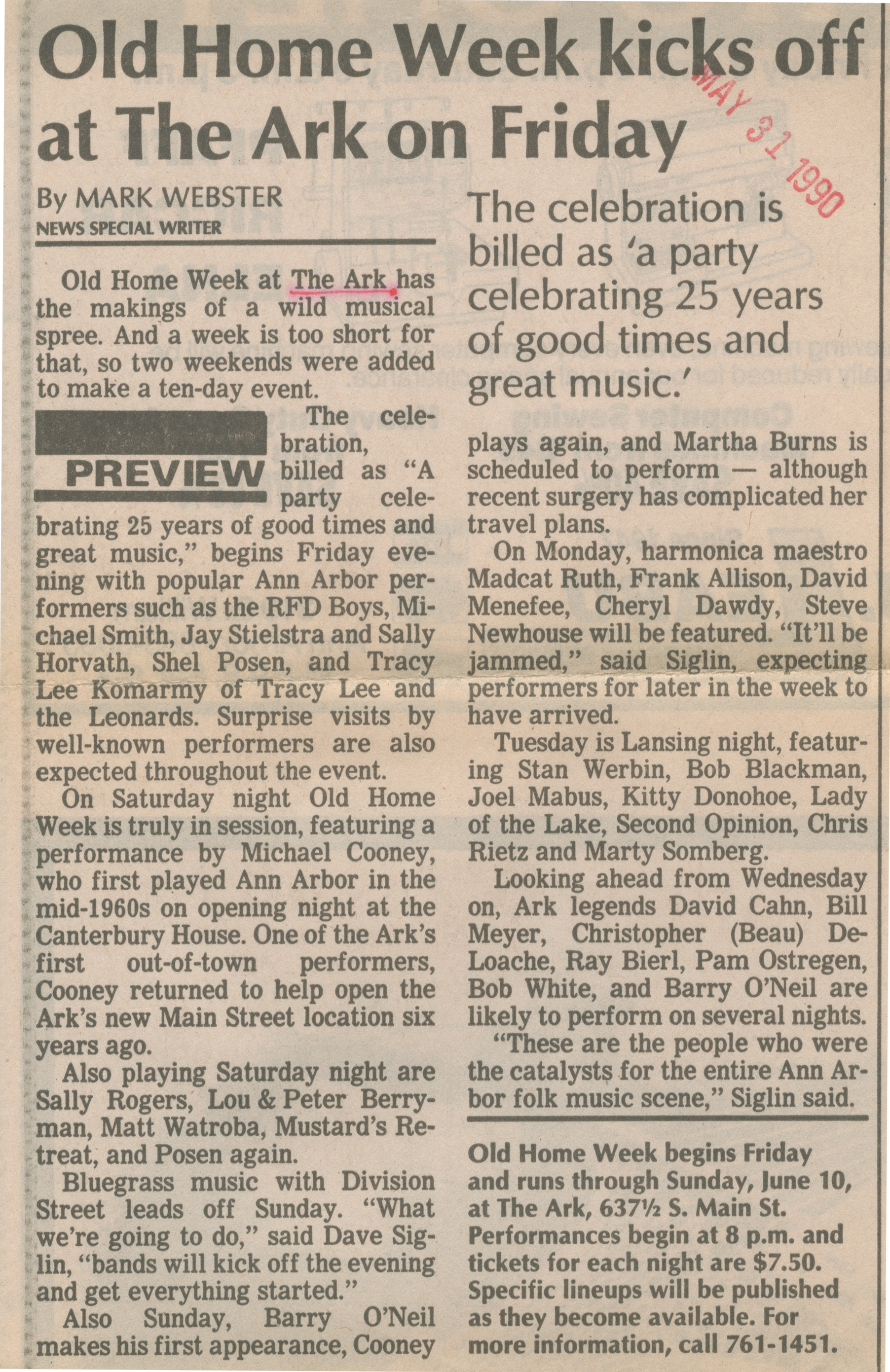 Old Home Week at The Ark has the makings of a wild musical spree. And a week is too short for that, so two weekends were added to make a ten-day event.

The celebration, billed as “A party celebrating 25 years of good times and great music,” begins Friday evening with popular Ann Arbor performers such as the RFD Boys, Michael Smith, Jay Stielstra and Sally Horvath, Shel Posen, and Tracy Lee Komarmy of Tracy Lee and the Leonards. Surprise visits by well-known performers are also expected throughout the event.

On Saturday night Old Home Week is truly in session, featuring a performance by Michael Cooney, who first played Ann Arbor in the mid-1960s on opening night at the Canterbury House. One of the Ark’s first out-of-town performers, Cooney returned to help open the Ark’s new Main Street location six years ago.

Bluegrass music with Division Street leads off Sunday. “What we’re going to do,” said Dave Siglin, “bands will kick off the evening and get everything started.”

The celebration is billed as 'a party celebrating 25 years
of good times and great music.'

“These are the people who were the catalysts for the entire Ann Arbor folk music scene,” Siglin said.

Old Home Week begins Friday and runs through Sunday, June 10, at The Ark, 637 1/2 S. Main St. Performances begin at 8 p.m. and tickets for each night are $7.50. Specific lineups will be published as they become available. For more information, call 761-1451.