Auditorium Repairs To Be U-M Priority 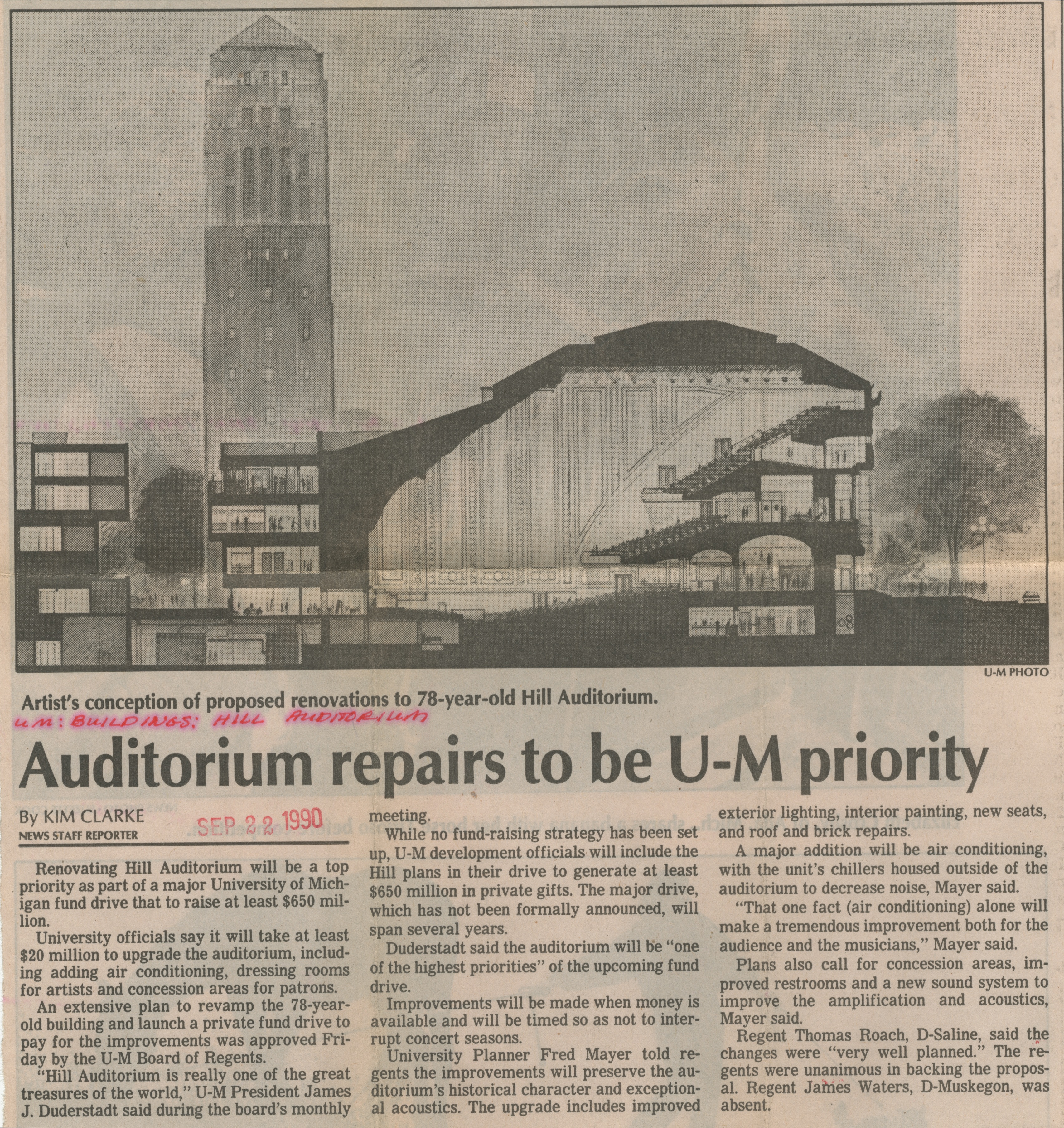 Auditorium repairs to be U-M priority

Renovating Hill Auditorium will be a top priority as part of a major University of Michigan fund drive that to raise at least $650 million.

University officials say it will take at least $20 million to upgrade the auditorium, including adding air conditioning, dressing rooms for artists and concession areas for patrons.

An extensive plan to revamp the 78-year-old building and launch a private fund drive to pay for the improvements was approved Friday by the U-M Board of Regents.

"Hill Auditorium is really one of the great treasures of the world,” U-M President James J. Duderstadt said during the board’s monthly

While no fund-raising strategy has been set up, U-M development officials will include the Hill plans in their drive to generate at least $650 million in private gifts. The major drive, which has not been formally announced, will span several years.

Duderstadt said the auditorium will be “one of the highest priorities” of the upcoming fund drive.

Improvements will be made when money is available and will be timed so as not to interrupt concert seasons.

A major addition will be air conditioning, with the unit’s chillers housed outside of the auditorium to decrease noise, Mayer said.

“That one fact (air conditioning) alone will make a tremendous improvement both for the audience and the musicians,” Mayer said.