But Did He Slam Dance In The Slammer? 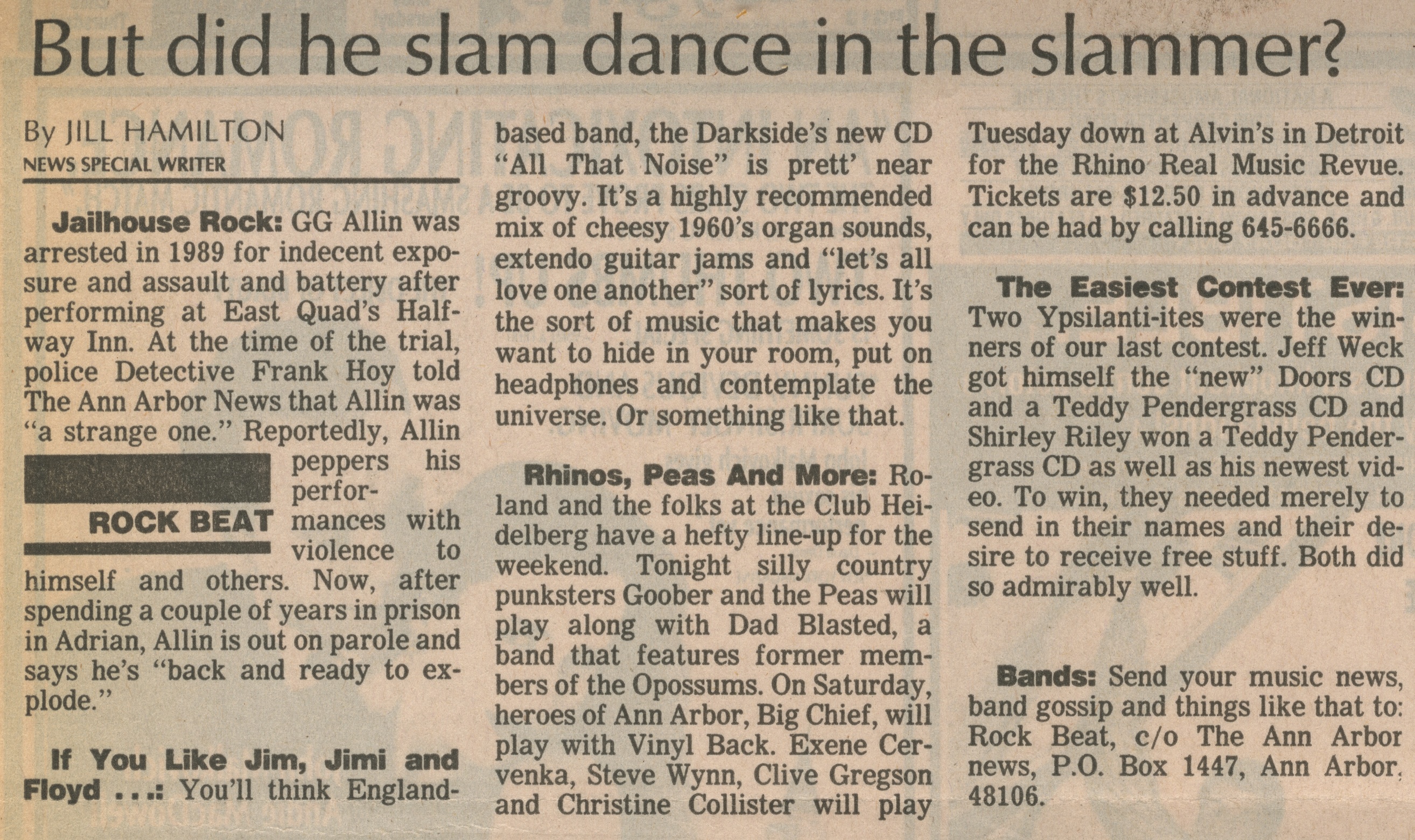 ﻿But did he slam dance in the slammer?

Jailhouse Rock: GG Allin was arrested in 1989 for indecent exposure and assault and battery after performing at East Quad’s Halfway Inn. At the time of the trial, police Detective Frank Hoy told The Ann Arbor News that Allin was “a strange one.” Reportedly, Allin peppers performances with violence to himself and others. Now, after spending a couple of years in prison in Adrian, Allin is out on parole and says he’s “back and ready to explode.”

If You Like Jim, Jimi and Floyd ....You’ll think England-based band, the Darkside’s new CD “All That Noise” is prett’ near groovy. It’s a highly recommended mix of cheesy 1960’s organ sounds, extendo guitar jams and “let’s all love one another” sort of lyrics. It’s the sort of music that makes you want to hide in your room, put on headphones and contemplate the universe. Or something like that.

Rhinos, Peas And More: Roland and the folks at the Club Heidelberg have a hefty line-up for the weekend. Tonight silly country punksters Goober and the Peas will play along with Dad Blasted, a band that features former members of the Opossums. On Saturday, heroes of Ann Arbor, Big Chief, will play with Vinyl Back. Exene Cer-venka, Steve Wynn, Clive Gregson and Christine Collister will play Tuesday down at Alvin’s in Detroit for the Rhino Real Music Revue. Tickets are $12.50 in advance and can be had by calling 645-6666.