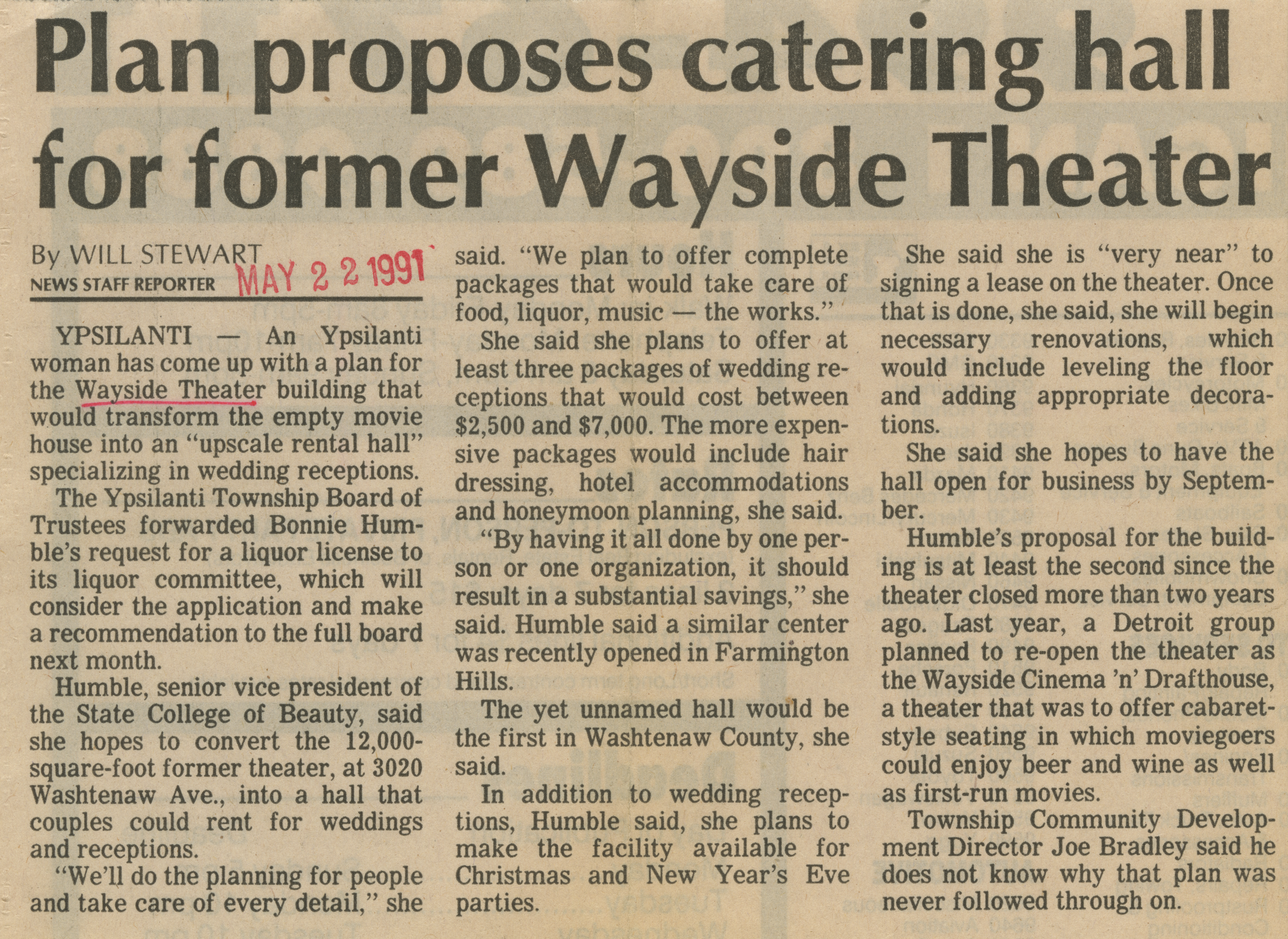 YPSILANTI — An Ypsilanti woman has come up with a plan for the Wayside Theater building that would transform the empty movie house into an “upscale rental hall” specializing in wedding receptions.

The Ypsilanti Township Board of Trustees forwarded Bonnie Humble’s request for a liquor license to its liquor committee, which will consider the application and make a recommendation to the full board next month.

Humble, senior vice president of the State College of Beauty, said she hopes to convert the 12,000- square-foot former theater, at 3020 Washtenaw Ave., into a hall that couples could rent for weddings and receptions.

“We'll do the planning for people and take care of every detail,” she said. “We plan to offer complete packages that would take care of food, liquor, music — the works.”

She said she plans to offer at least three packages of wedding receptions that would cost between $2,500 and $7,000. The more expensive packages would include hair dressing, hotel accommodations and honeymoon planning, she said.

“By having it all done by one person or one organization, it should result in a substantial savings,” she said, Humble said a similar center was recently opened in Farmington Hills.

The yet unnamed hall would be the first in Washtenaw County, she said.

In addition to wedding receptions, Humble said, she plans to make the facility available for Christmas and New Year's Eve parties.

She said she is “very near” to signing a lease on the theater. Once that is done, she said, she will begin necessary renovations, which would include leveling the floor and adding appropriate decorations.

She said she hopes to have the hall open for business by September.

Humble’s proposal for the building is at least the second since the theater closed more than two years ago. Last year, a Detroit group planned to re-open the theater as the Wayside Cinema ’n’ Drafthouse, a theater that was to offer cabaret-style seating in which moviegoers could enjoy beer and wine as well as first-run movies.

Township Community Development Director Joe Bradley said he does not know why that plan was never followed through on.