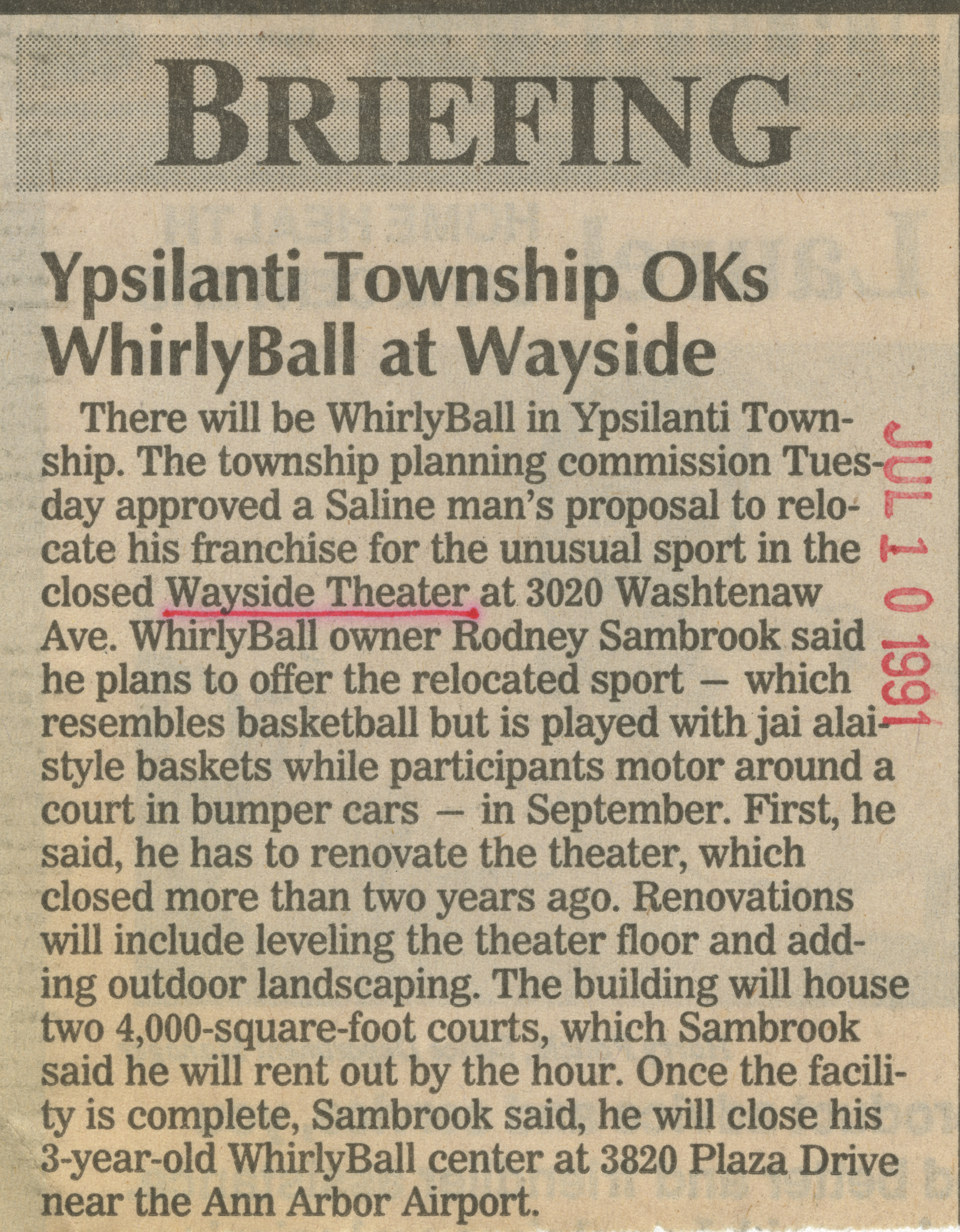 There will be WhirlyBall in Ypsilanti Township. The township planning commission Tuesday approved a Saline man's proposal to relocate his franchise for the unusual sport in the closed Wayside Theater at 3020 Washtenaw Ave. WhirlyBall owner Rodney Sambrook said he plans to offer the relocated sport - which resembles basketball but is played with jai alai-style baskets while participants motor around a court in bumper cars – in September. First, he said, he has to renovate the theater, which closed more than two years ago. Renovations will include leveling the theater floor and adding outdoor landscaping. The building will house two 4,000-square-foot courts, which Sambrook said he will rent out by the hour. Once the facility is complete, Sambrook said, he will close his 3-year-old WhirlyBall center at 3820 Plaza Drive near the Ann Arbor Airport.