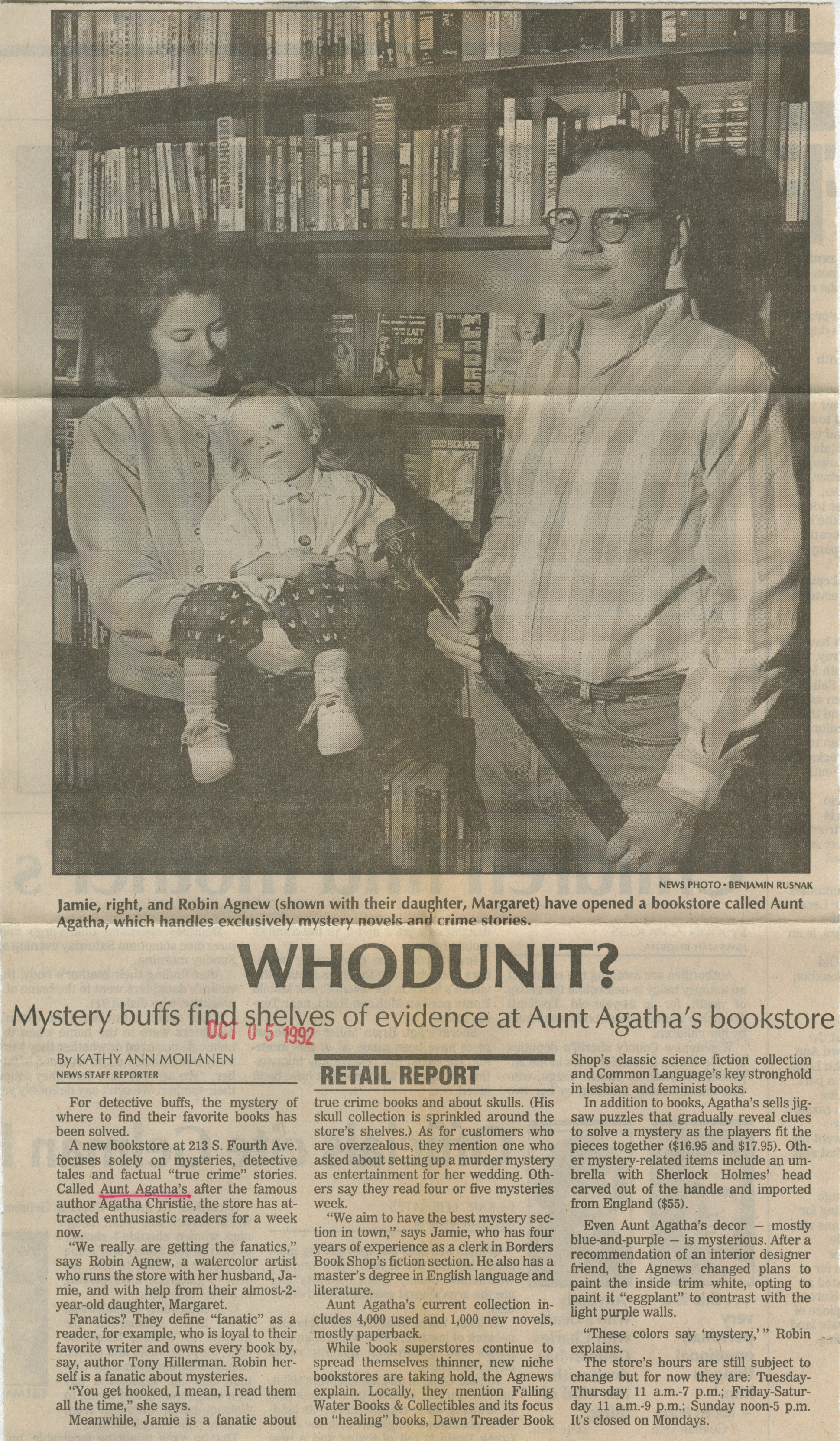 For detective buffs, the mystery of where to find their favorite books has been solved.

"We really are getting the fanatics," says Robin Agnew, a watercolor artist who runs the store with her husband, Jamie, and with help from their almost-2-year-old daughter, Margaret.

Fanatics? They define "fanatic" as a reader, for example, who is loyal to their favorite writer and owns every book by, say, Tony Hillerman. Robin herself is a fanatic about mysteries.

"You get hooked, I mean, I read them all the time," she says.

Meanwhile, Jamie is a fanatic about true crime books and about skulls. (His skull collections is sprinkled around the store's shelves.) As for customers who are overzealous, they mention one who asked about setting up a murder mystery as entertainment for her wedding. Others say they read four or five mysteries a week.

"We aim to have the best mystery section in town," says Jamie, who has four years of experience as a clerk in Borders Book Shop's fiction section. He also has a master's degree in English language and literature.

In addition to books, Agatha's sells jigsaw puzzles that gradually reveal clues to solve a mystery as the players fit the pieces together ($16.95 and $17.95). Other mystery-related items include an umbrella with Sherlock Holmes' head carved out of the handle and imported from England ($55).

Even Aunt Agatha's decor - mostly blue-and-purple - is mysterious. After a recommendation of an interior designer friend, the Agnews changed plans to paint the inside trim white, opting to paint it with "eggplant" to contrast with the light purple walls.