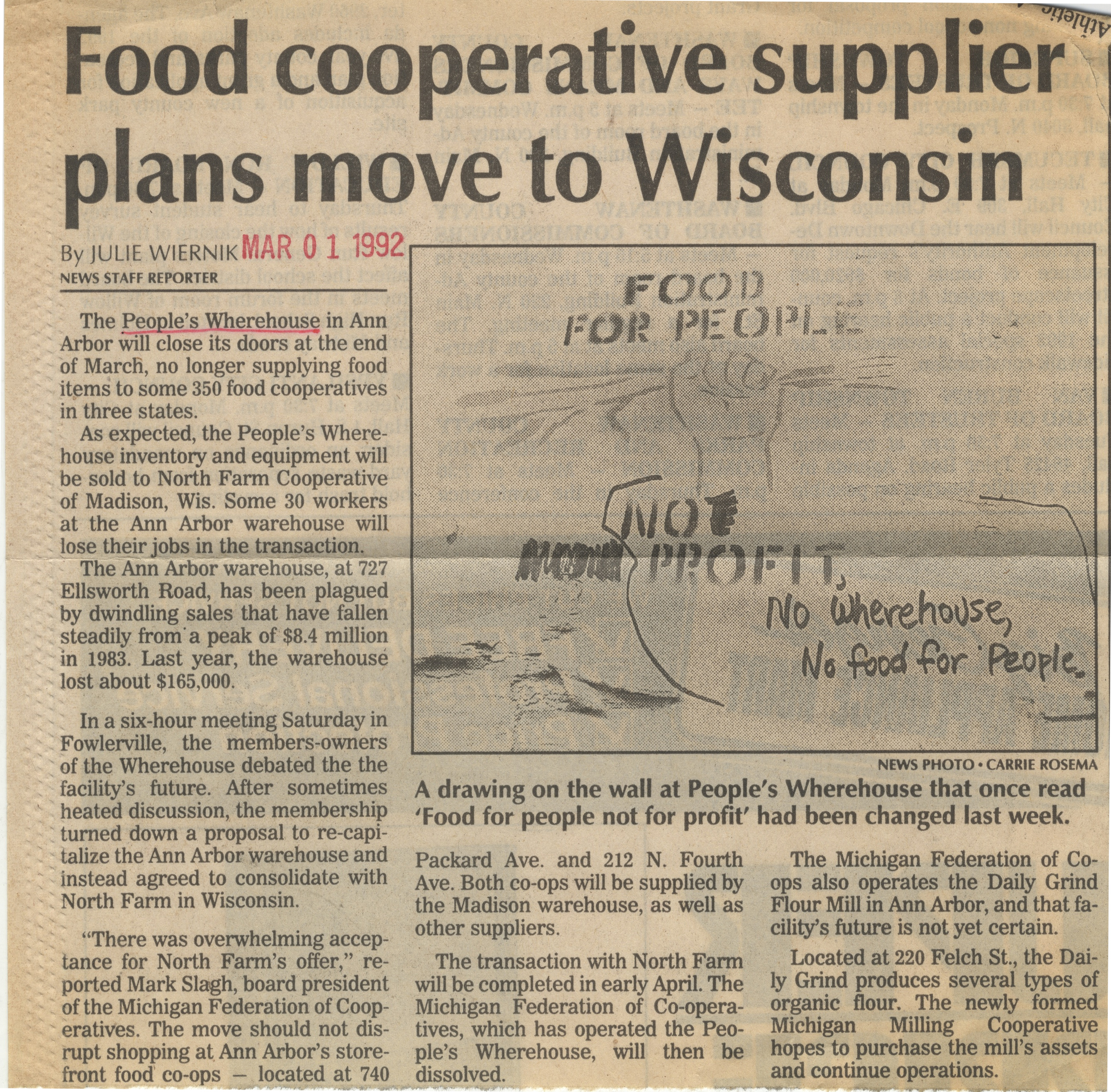 NEWS PHOTO ● CARRIE ROSEMA
A drawing on the wall at People's Wherehouse that once read 'Food for people not for profit' had been changed last week.

As expected, the People’s Wherehouse inventory and equipment will be sold to North Farm Cooperative of Madison, Wis. Some 30 workers at the Ann Arbor warehouse will lose their jobs in the transaction.

The Ann Arbor warehouse, at 727 Ellsworth Road, has been plagued by dwindling sales that have fallen steadily from a peak of $8.4 million in 1983. Last year, the warehouse lost about $165,000.

In a six-hour meeting Saturday in Fowlerville, the members-owners of the Wherehouse debated the the facility’s future. After sometimes heated discussion, the membership turned down a proposal to re-capitalize the Ann Arbor warehouse and instead agreed to consolidate with North Farm in Wisconsin.

“There was overwhelming acceptance for North Farm’s offer,” reported Mark Slagh, board president of the Michigan Federation of Cooperatives. The move should not disrupt shopping at Ann Arbor’s storefront food co-ops — located at 740 Packard Ave. and 212 N. Fourth Ave. Both co-ops will be supplied by the Madison warehouse, as well as other suppliers.

The transaction with North Farm will be completed in early April. The Michigan Federation of Co-operatives, which has operated the People’s Wherehouse, will then be dissolved.

The Michigan Federation of Coops also operates the Daily Grind Flour Mill in Ann Arbor, and that facility’s future is not yet certain.