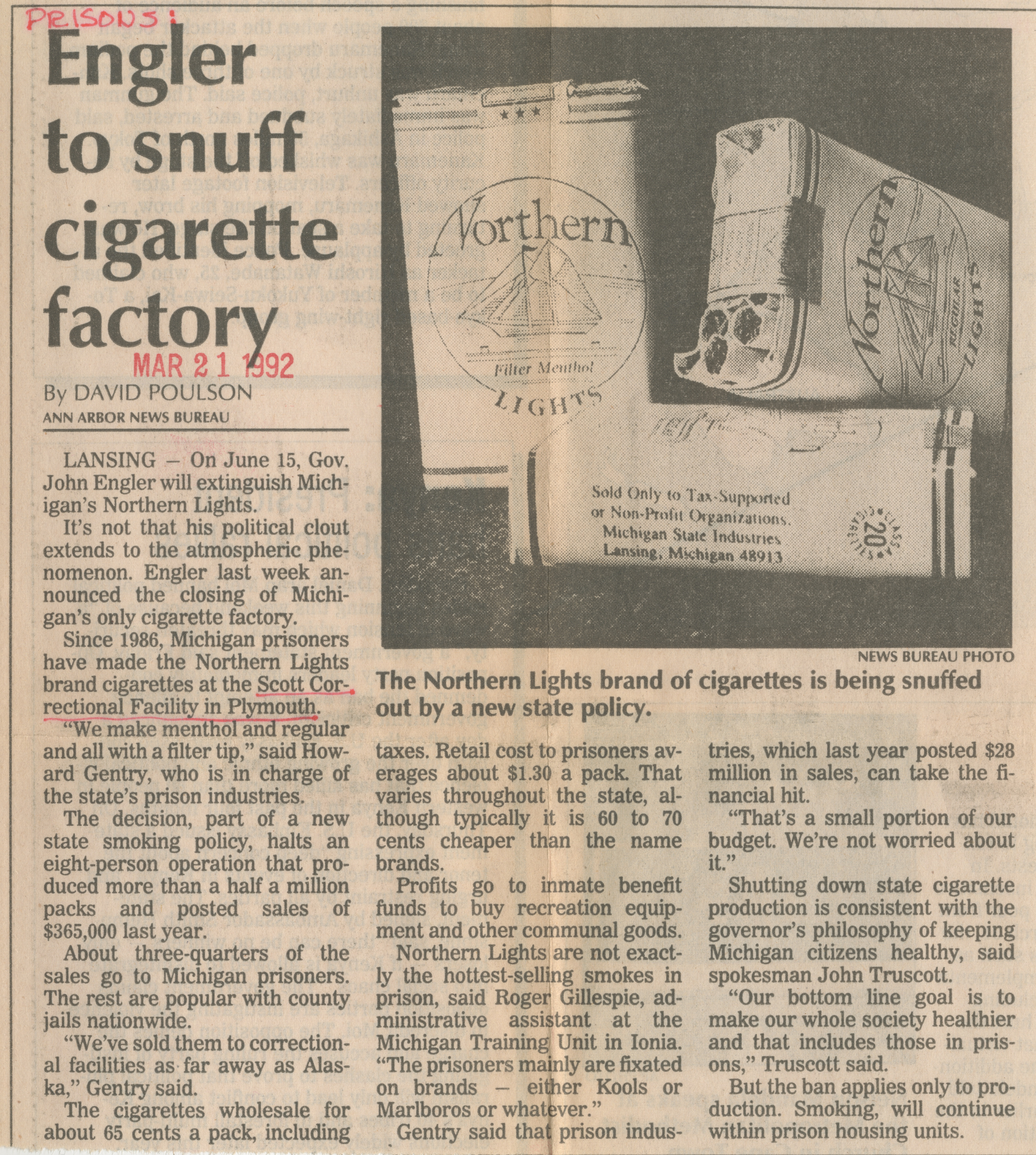 The Northern Lights brand of cigarettes is being snuffed out by a new state policy.

It’s not that his political clout extends to the atmospheric phenomenon. Engler last week announced the closing of Michigan’s only cigarette factory.

Since 1986, Michigan prisoners have made the Northern Lights brand cigarettes at the Scott Correctional Facility in Plymouth.

“We make menthol and regular and all with a filter tip,” said Howard Gentry, who is in charge of the state’s prison industries.

The decision, part of a new state smoking policy, halts an eight-person operation that produced more than a half a million packs and posted sales of $365,000 last year.

About three-quarters of the sales go to Michigan prisoners. The rest are popular with county jails nationwide.

“We’ve sold them to correctional facilities as far away as Alaska,” Gentry said.

The cigarettes wholesale for about 65 cents a pack, including taxes. Retail cost to prisoners averages about $1.30 a pack. That varies throughout the state, although typically it is 60 to 70 cents cheaper than the name brands.

Northern Lights are not exactly the hottest-selling smokes in prison, said Roger Gillespie, administrative assistant at the Michigan Training Unit in Ionia. “The prisoners mainly are fixated on brands - either Kools or Marlboros or whatever.”

“That’s a small portion of our budget. We’re not worried about it.”

“Our bottom line goal is to make our whole society healthier and that includes those in prisons,” Truscott said.

But the ban applies only to production. Smoking, will continue within prison housing units.