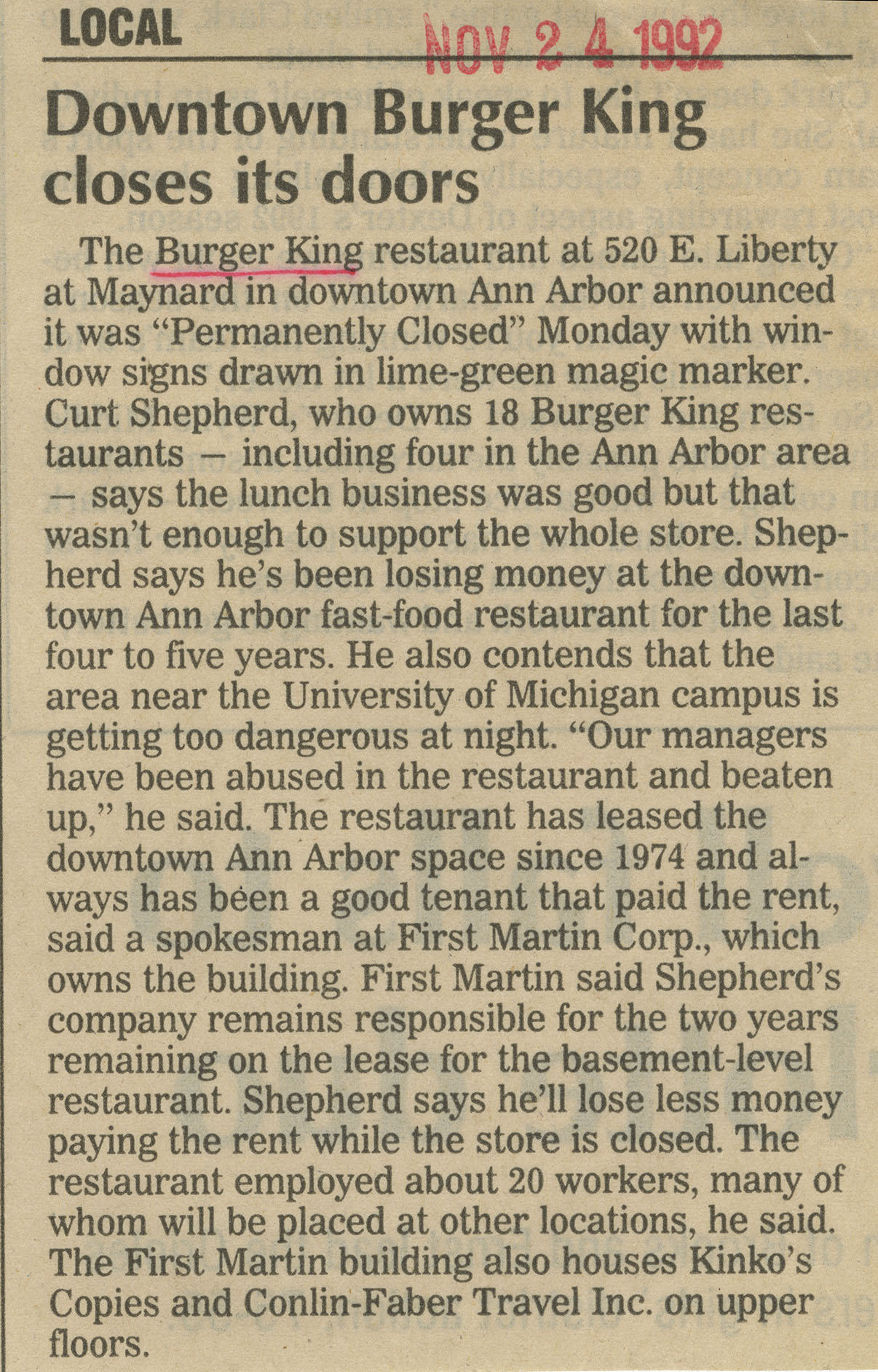 The Burger King restaurant at 520 E. Liberty at Maynard in downtown Ann Arbor announced it was “Permanently Closed” Monday with window signs drawn in lime-green magic marker. Curt Shepherd, who owns 18 Burger King restaurants — including four in the Ann Arbor area — says the lunch business was good but that wasn’t enough to support the whole store. Shepherd says he’s been losing money at the downtown Ann Arbor fast-food restaurant for the last four to five years. He also contends that the area near the University of Michigan campus is getting too dangerous at night. “Our managers have been abused in the restaurant and beaten up," he said. The restaurant has leased the downtown Ann Arbor space since 1974 and always has been a good tenant that paid the rent, said a spokesman at First Martin Corp., which owns the building. First Martin said Shepherd’s company remains responsible for the two years remaining on the lease for the basement-level restaurant. Shepherd says he’ll lose less money paying the rent while the store is closed. The restaurant employed about 20 workers, many of whom will be placed at other locations, he said. The First Martin building also houses Kinko’s Copies and Conlin-Faber Travel Inc. on upper floors.