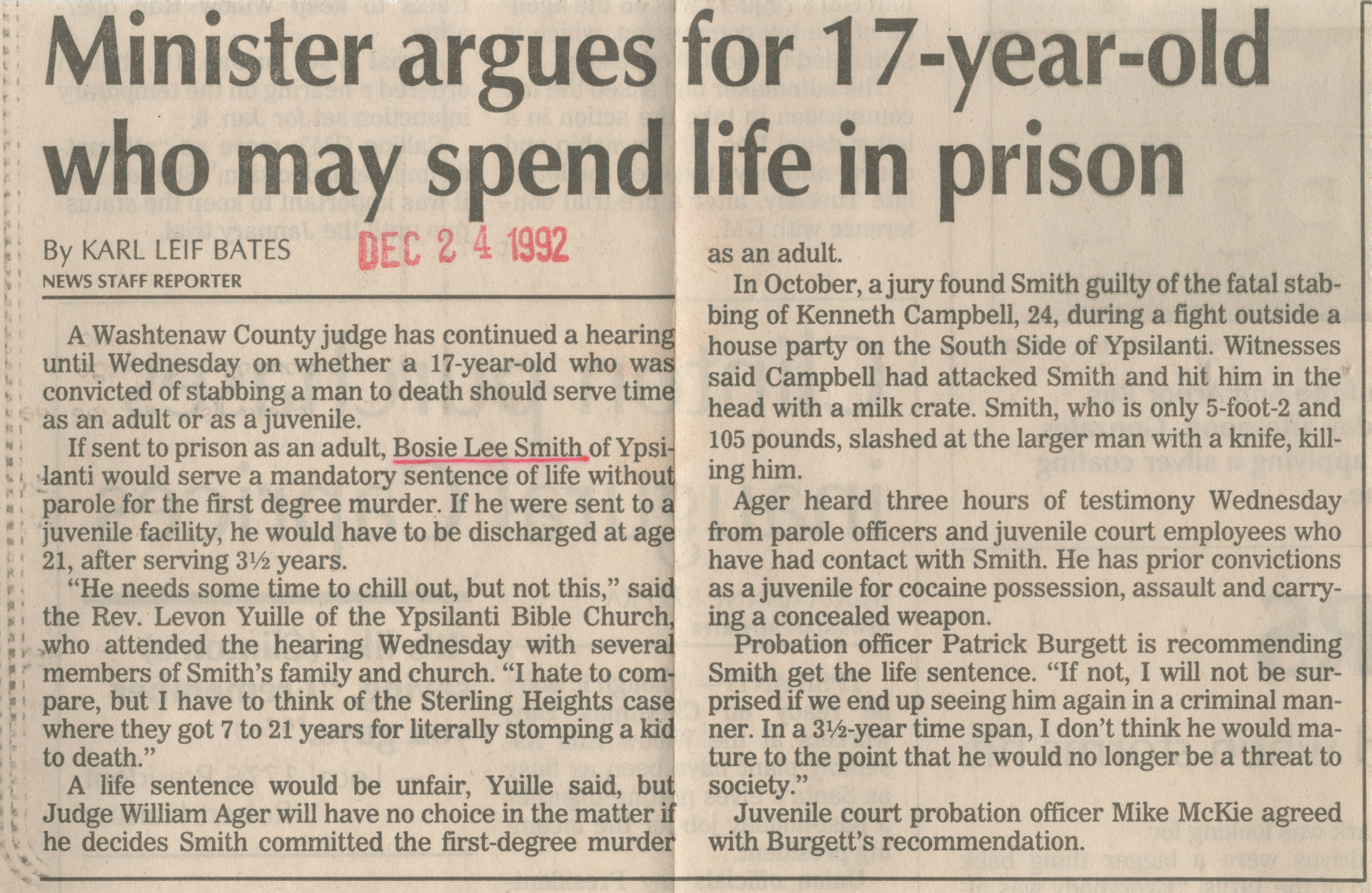 A Washtenaw County judge has continued a hearing until Wednesday on whether a 17-year-old who was convicted of stabbing a man to death should serve time as an adult or as a juvenile.

If sent to prison as an adult, Bosie Lee Smith of Ypsilanti would serve a mandatory sentence of life without parole for the first degree murder. If he were sent to a juvenile facility, he would have to be discharged at age 21, after serving 3 1/2 years.

“He needs some time to chill out, but not this,” said the Rev. Levon Yuille of the Ypsilanti Bible Church, who attended the hearing Wednesday with several members of Smith’s family and church. “I hate to compare, but I have to think of the Sterling Heights case where they got 7 to 21 years for literally stomping a kid to death.”

A life sentence would be unfair, Yuille said, but Judge William Ager will have no choice in the matter if he decides Smith committed the first-degree murder as an adult.

In October, a jury found Smith guilty of the fatal stabbing of Kenneth Campbell, 24, during a fight outside a house party on the South Side of Ypsilanti. Witnesses said Campbell had attacked Smith and hit him in the head with a milk crate. Smith, who is only 5-foot-2 and 105 pounds, slashed at the larger man with a knife, killing him.

Ager heard three hours of testimony Wednesday from parole officers and juvenile court employees who have had contact with Smith. He has prior convictions as a juvenile for cocaine possession, assault and carrying a concealed weapon.

Probation officer Patrick Burgett is recommending Smith get the life sentence. “If not, I will not be surprised if we end up seeing him again in a criminal manner. In a 3 1//2-year time span, I don’t think he would mature to the point that he would no longer be a threat to society.”