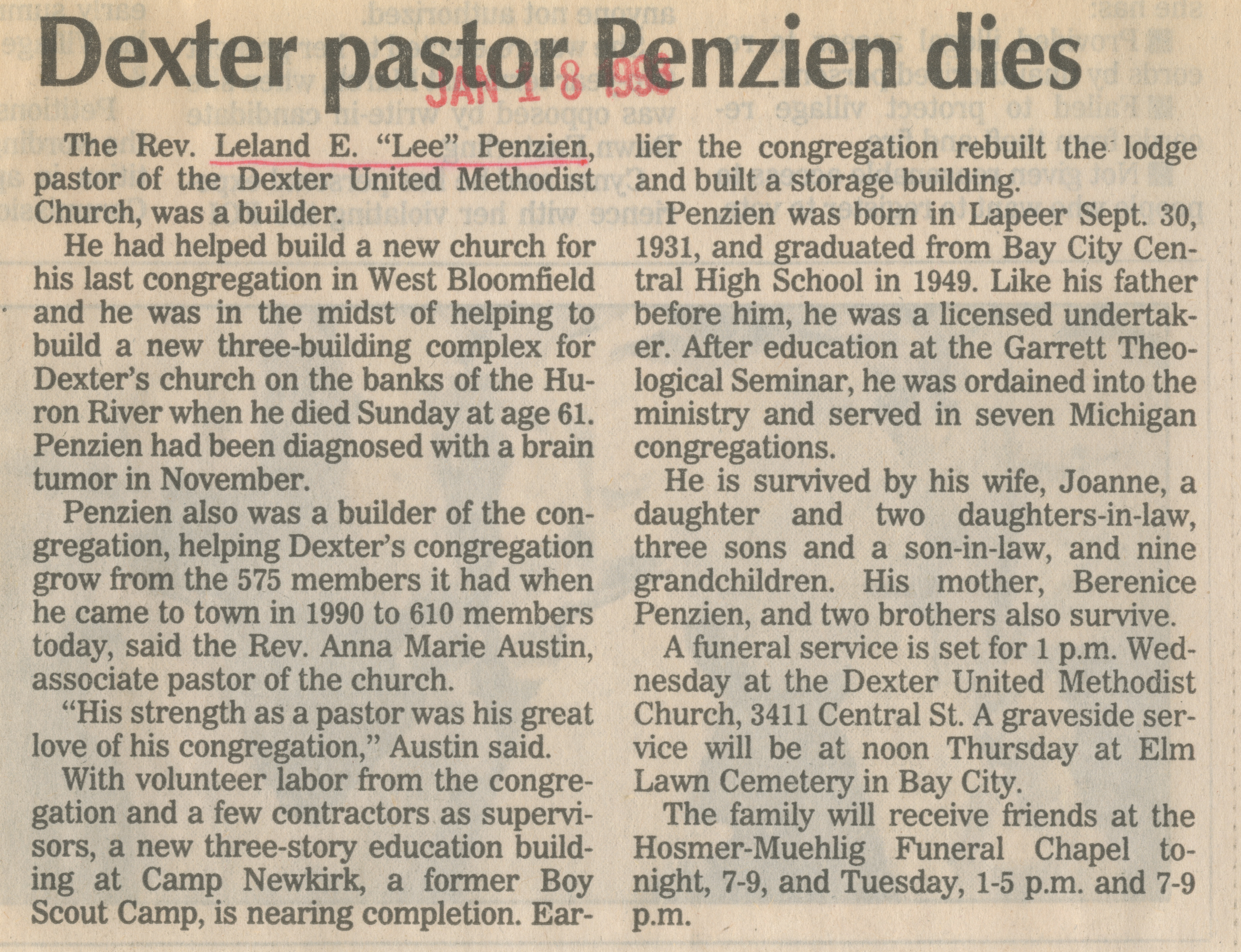 The Rev. Leland E. “Lee” Penzien, pastor of the Dexter United Methodist Church, was a builder.

He had helped build a new church for his last congregation in West Bloomfield and he was in the midst of helping to build a new three-building complex for Dexter’s church on the banks of the Huron River when he died Sunday at age 61. Penzien had been diagnosed with a brain tumor in November.

Penzien also was a builder of the congregation, helping Dexter’s congregation grow from the 575 members it had when he came to town in 1990 to 610 members today, said the Rev. Anna Marie Austin, associate pastor of the church.

“His strength as a pastor was his great love of his congregation,” Austin said.

With volunteer labor from the congregation and a few contractors as supervisors, a new three-story education building at Camp Newkirk, a former Boy Scout Camp, is nearing completion. Earlier the congregation rebuilt the lodge and built a storage building.

Penzien was born in Lapeer Sept. 30, 1931, and graduated from Bay City Central High School in 1949. Like his father before him, he was a licensed undertaker. After education at the Garrett Theological Seminar, he was ordained into the ministry and served in seven Michigan congregations.

He is survived by his wife, Joanne, a daughter and two daughters-in-law, three sons and a son-in-law, and nine grandchildren. His mother, Berenice Penzien, and two brothers also survive.

A funeral service is set for 1 p.m. Wednesday at the Dexter United Methodist Church, 3411 Central St. A graveside service will be at noon Thursday at Elm Lawn Cemetery in Bay City.

The family will receive friends at the Hosmer-Muehlig Funeral Chapel tonight, 7-9, and Tuesday, 1-5 p.m. and 7-9 p.m.