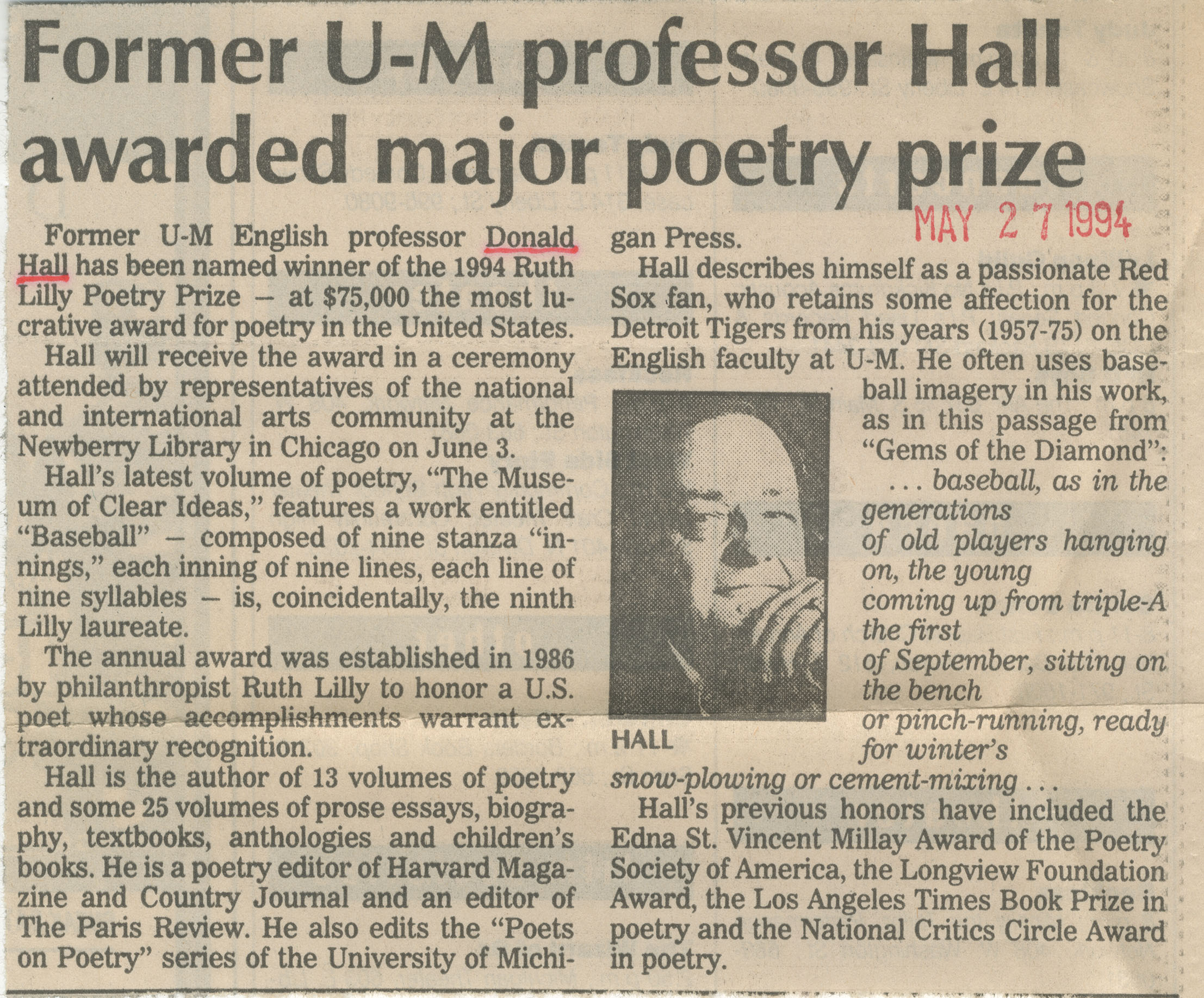 Former U-M English professor Donald Hall has been named winner of the 1994 Ruth Lilly Poetry Prize - at $75,000 the most lucrative award for poetry in the United States.

Hall will receive the award in a ceremony attended by representatives of the national and international arts community at the Newberry Library in Chicago on June 3.

Hall’s latest volume of poetry, “The Museum of Clear Ideas,” features a work entitled “Baseball” - composed of nine stanza “innings,” each inning of nine lines, each line of nine syllables - is, coincidentally, the ninth Lilly laureate.

The annual award was established in 1986 by philanthropist Ruth Lilly to honor a U.S. poet whose accomplishments warrant extraordinary recognition.

Hall is the author of 13 volumes of poetry and some 25 volumes of prose essays, biography, textbooks, anthologies and children’s books. He is a poetry editor of Harvard Magazine and Country Journal and an editor of The Paris Review. He also edits the “Poets on Poetry” series of the University of Michigan Press.

Hall describes himself as a passionate Red Sox fan, who retains some affection for the Detroit Tigers from his years (1957-75) on the English faculty at U-M. He often uses baseball imagery in his work, as in this passage from “Gems of the Diamond:"... baseball, as in the generations

of old players hanging on, the young

coming up from triple-A the first

of September, sitting on the bench

or pinch-running, ready for winter’s snow-plowing or cement-mixing..."