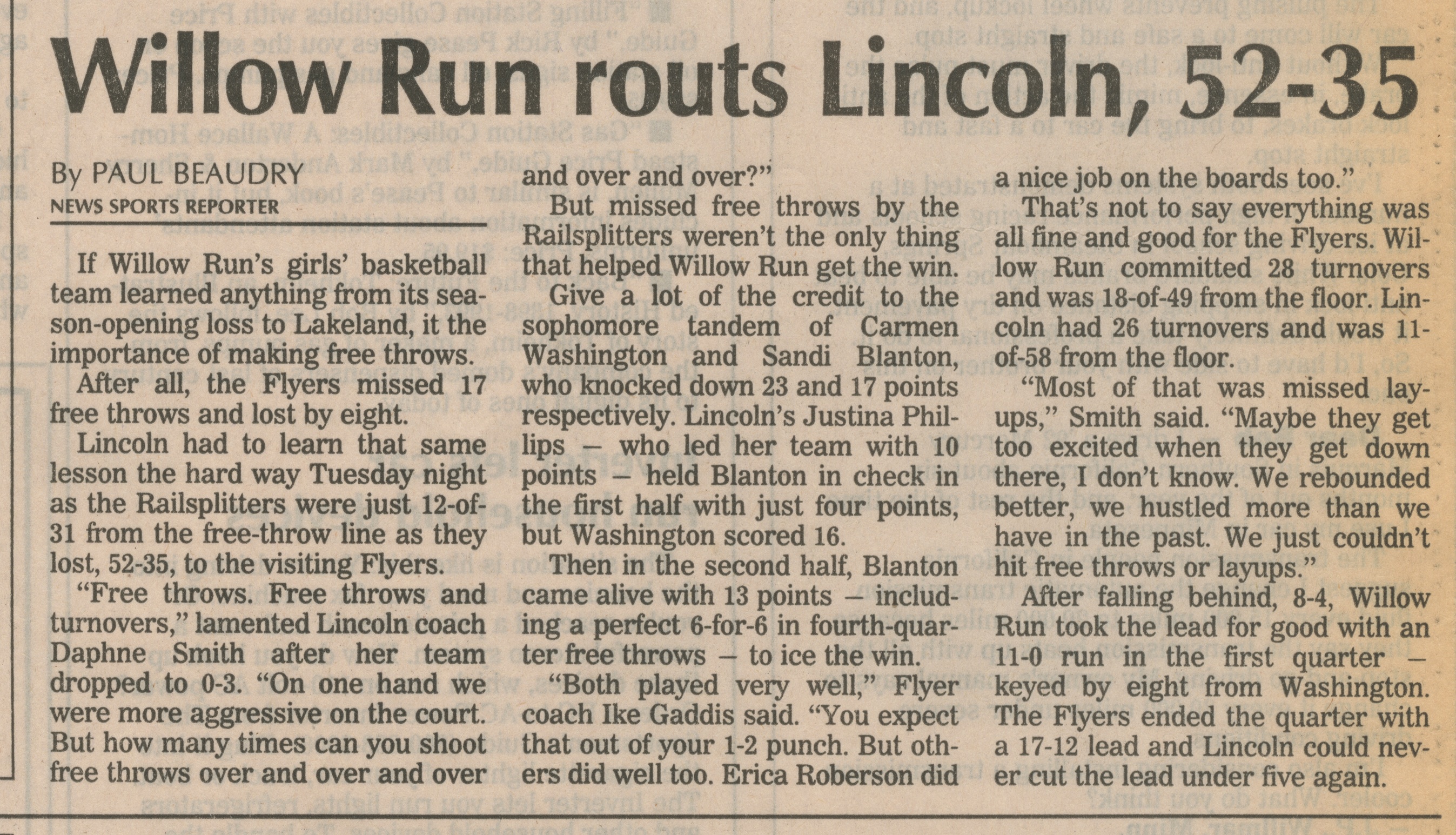 If Willow Run’s girls’ basketball team learned anything from its season-opening loss to Lakeland, it the importance of making free throws.

After all, the Flyers missed 17 free throws and lost by eight.

Lincoln had to learn that same lesson the hard way Tuesday night as the Railsplitters were just 12-of-31 from the free-throw line as they lost, 52-35, to the visiting Flyers.

But missed free throws by the Railsplitters weren’t the only thing that helped Willow Run get the win.

Give a lot of the credit to the sophomore tandem of Carmen Washington and Sandi Blanton, who knocked down 23 and 17 points respectively. Lincoln’s Justina Phillips - who led her team with 10 points - held Blanton in check in the first half with just four points, but Washington scored 16.

Then in the second half, Blanton came alive with 13 points - including a perfect 6-for-6 in fourth-quarter free throws - to ice the win.

“Both played very well,” Flyer coach Ike Gaddis said. “You expect that out of your 1-2 punch. But others did well too. Erica Roberson did a nice job on the boards too.”

“Most of that was missed layups,” Smith said. “Maybe they get too excited when they get down there, I don’t know. We rebounded better, we hustled more than we have in the past. We just couldn’t hit free throws or layups.”

After falling behind, 8-4, Willow Run took the lead for good with an 11-0 run in the first quarter - keyed by eight from Washington. The Flyers ended the quarter with a 17-12 lead and Lincoln could never cut the lead under five again.