Symposium On Controversy To Be Held 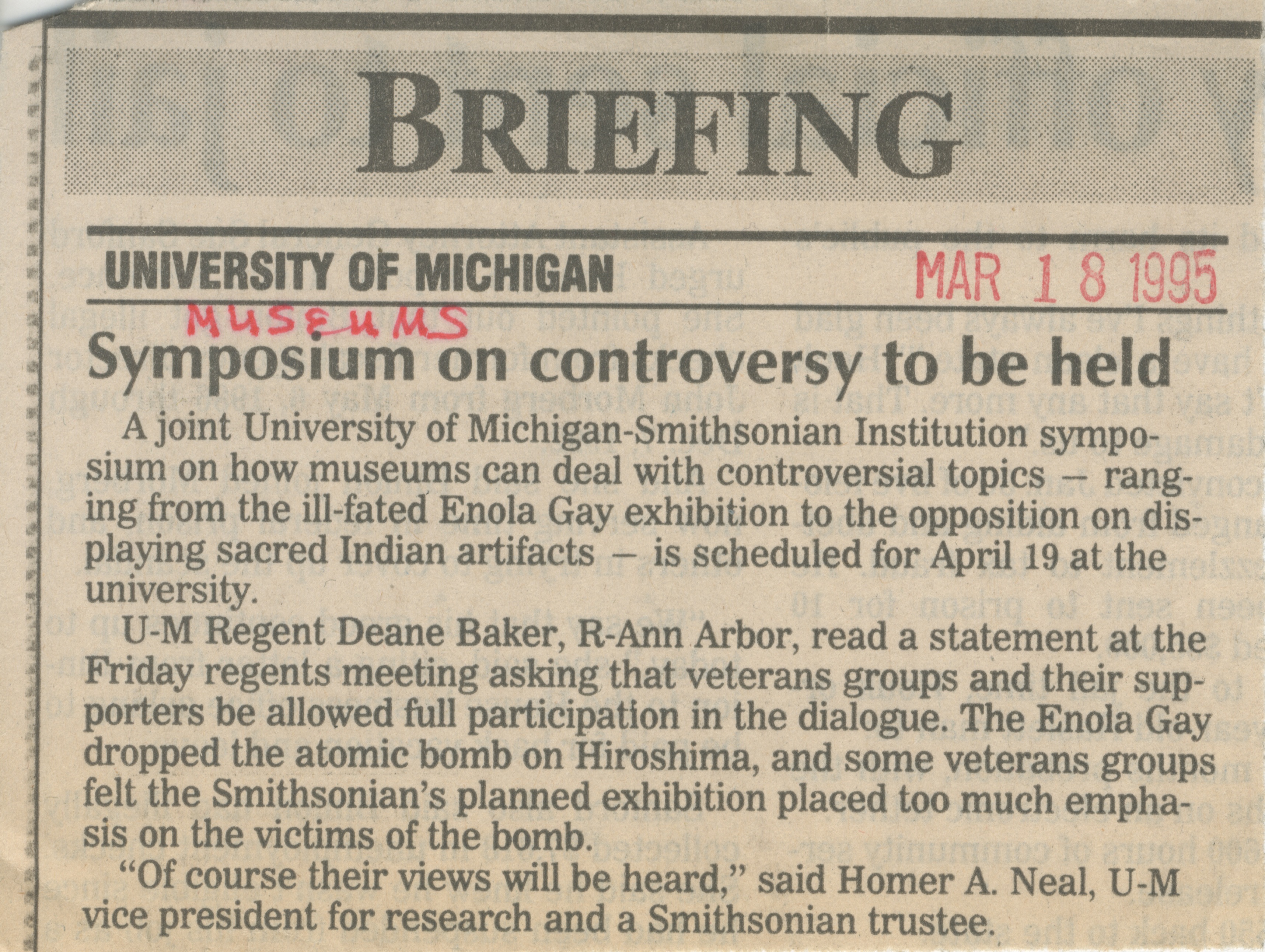 Symposium on controversy to be held

A joint University of Michigan-Smithsonian Institution symposium on how museums can deal with controversial topics — ranging from the ill-fated Enola Gay exhibition to the opposition on displaying sacred Indian artifacts - is scheduled for April 19 at the university.

U-M Regent Deane Baker, R-Ann Arbor, read a statement at the Friday regents meeting asking that veterans groups and their supporters be allowed full participation in the dialogue. The Enola Gay dropped the atomic bomb on Hiroshima, and some veterans groups felt the Smithsonian’s planned exhibition placed too much emphasis on the victims of the bomb.

“Of course their views will be heard,” said Homer A. Neal, U-M vice president for research and a Smithsonian trustee.