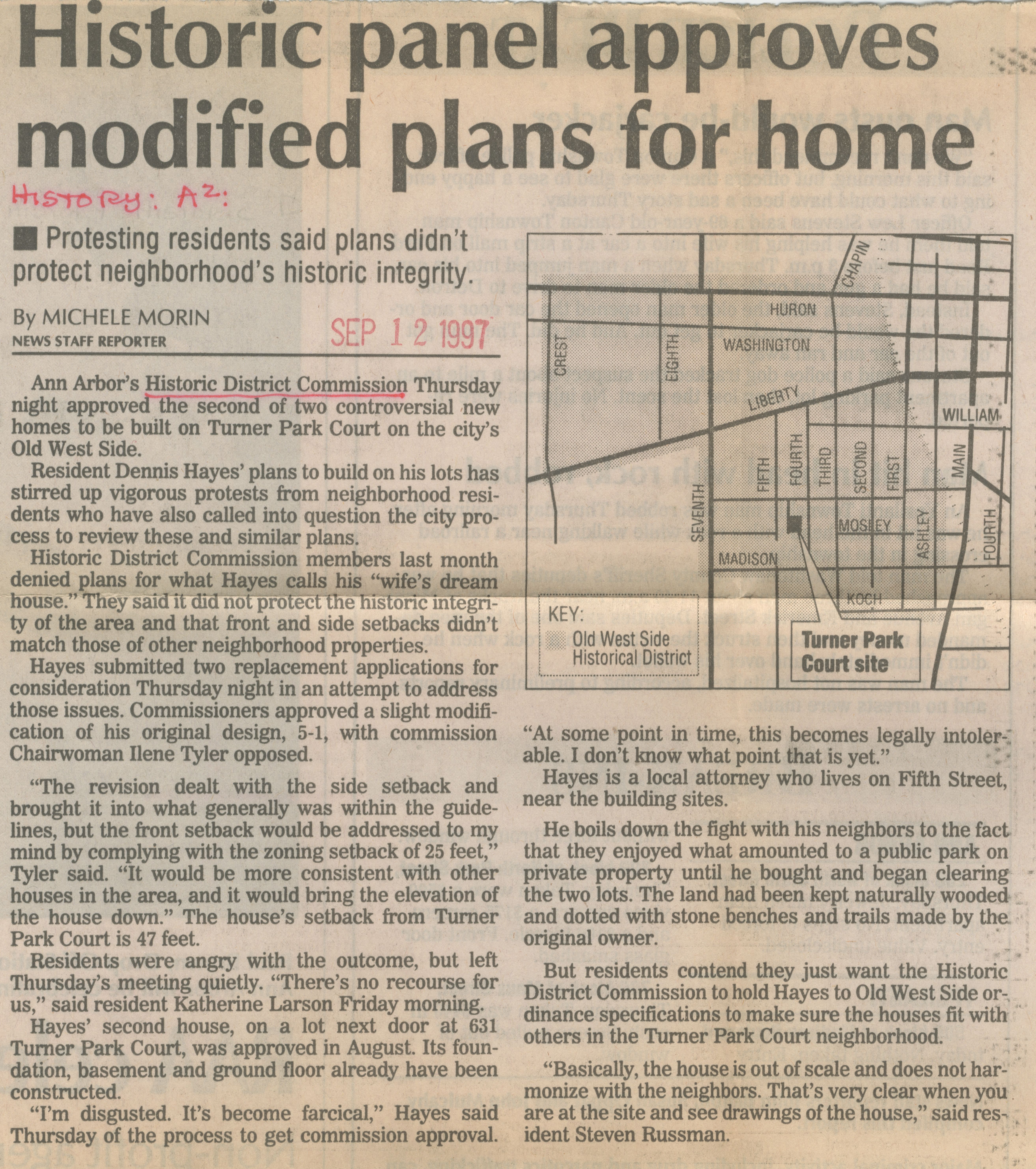 Resident Dennis Hayes’ plans to build on his lots has stirred up vigorous protests from neighborhood residents who have also called into question the city process to review these and similar plans.

Historic District Commission members last month denied plans for what Hayes calls his “wife’s dream house.” They said it did not protect the histone Integrity of the area and that front and side setbacks didn’t match those of other neighborhood properties.

“The revision dealt with the side setback and brought it into what generally was within the guidelines, but the front setback would be addressed to my mind by complying with the zoning setback of 25 feet,” Tyler said. “It would be more consistent with other houses in the area, and it would bring the elevation of the house down.” The house’s setback from Turner Park Court is 47 feet.

Residents were angry with the outcome, but left Thursday’s meeting quietly. “There’s no recourse for us,” said resident Katherine Larson Friday morning.

Hayes’ second house, on a lot next door at 631 Turner Park Court, was approved in August. Its foundation, basement and ground floor already have been constructed.

“At some point in time, this becomes legally intolerable. I don’t know what point that is yet.”

Hayes is a local attorney who lives on Fifth Street, near the building sites.

He boils down the fight with his neighbors to the fact that they enjoyed what amounted to a public park on private property until he bought and began clearing the two lots. The land had been kept naturally wooded and dotted with stone benches and trails made by the original owner.

But residents contend they just want the Historic District Commission to hold Hayes to Old West Side ordinance specifications to make sure the houses fit with others in the Turner Park Court neighborhood.

“Basically, the house is out of scale and does not harmonize with the neighbors. That’s very clear when you are at the site and see drawings of the house,” said resident Steven Russman.