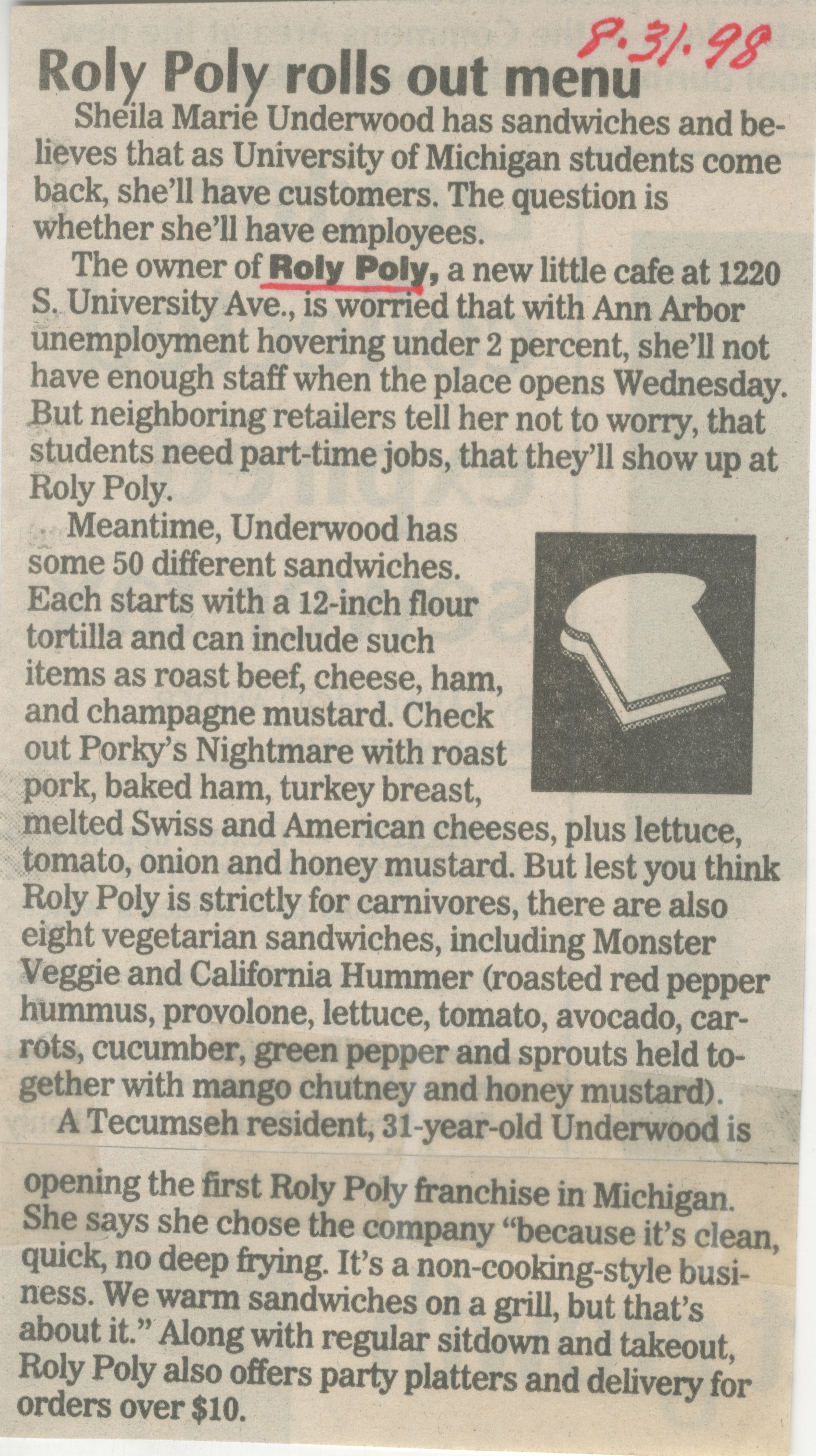 Sheila Marie Underwood has sandwiches and believes that as University of Michigan students come back, she’ll have customers. The question is whether she’ll have employees.

The owner of Roly Poly, a new little cafe at 1220 S. University Ave., is worried that with Ann Arbor unemployment hovering under 2 percent, she’ll not have enough staff when the place opens Wednesday. But neighboring retailers tell her not to worry, that students need part-time jobs, that they’ll show up at Roly Poly.

Meantime, Underwood has some 50 different sandwiches.

Each starts with a 12-inch flour tortilla and can include such items as roast beef, cheese, ham, and champagne mustard. Check out Porky’s Nightmare with roast pork, baked ham, turkey breast, melted Swiss and American cheeses, plus lettuce, tomato, onion and honey mustard. But lest you think Roly Poly is strictly for carnivores, there are also eight vegetarian sandwiches, including Monster Veggie and California Hummer (roasted red pepper hummus, provolone, lettuce, tomato, avocado, carrots, cucumber, green pepper and sprouts held together with mango chutney and honey mustard).

A Tecumseh resident, 31-year-old Underwood is opening the first Roly Poly franchise in Michigan. She says she chose the company “because it’s clean, quick, no deep frying. It’s a non-cooking-style business. We warm sandwiches on a grill, but that’s about it.” Along with regular sitdown and takeout, Roly Poly also offers party platters and delivery for orders over $10.