Perils of psychotherapy at heart of 'Talking Cure' 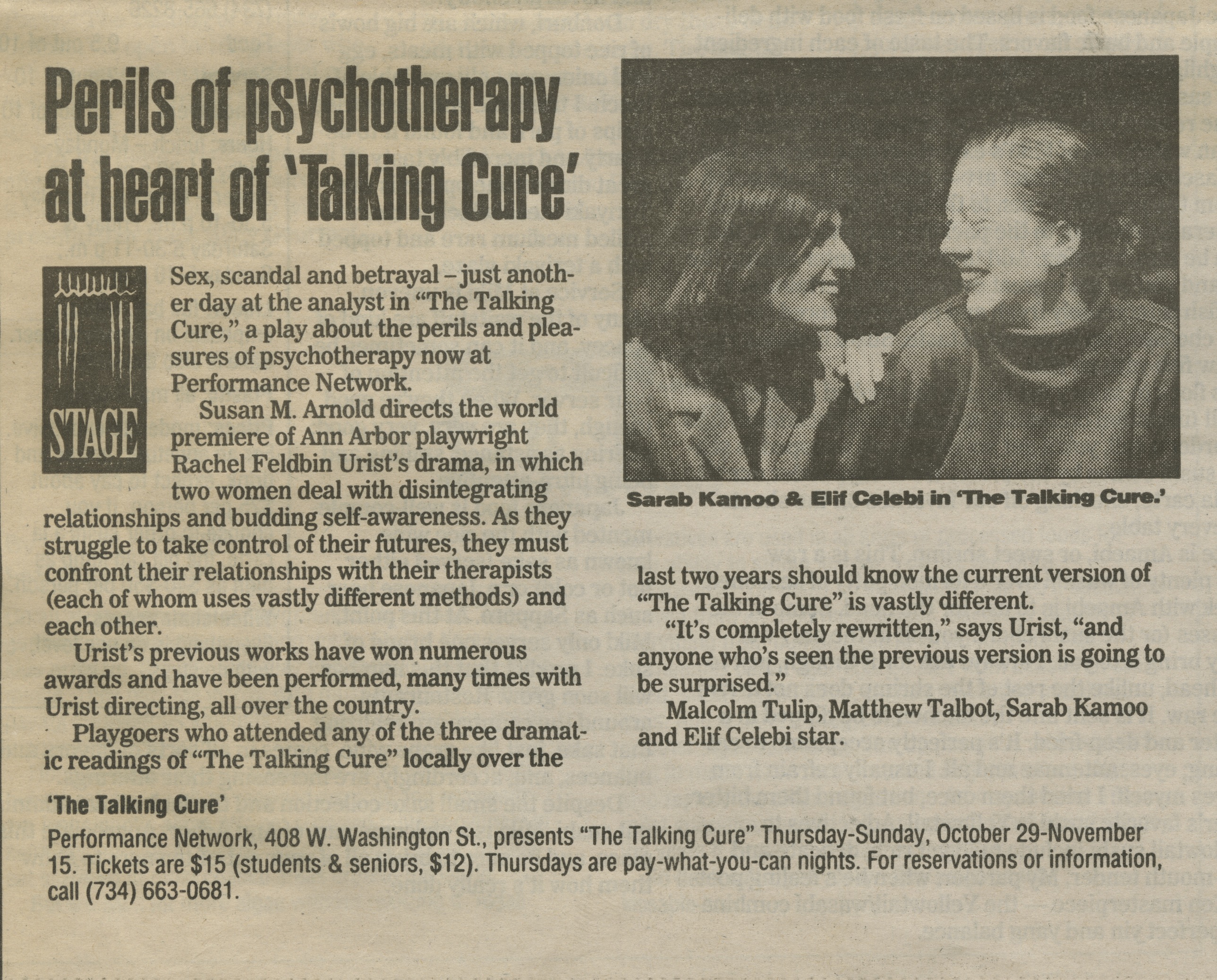 Sex, scandal and betrayal - just another day at the analyst in “The Talking Cure,” a play about the perils and pleasures of psychotherapy now at Performance Network.

Susan M. Arnold directs the world premiere of Ann Arbor playwright Rachel Feldbin Urist’s drama, in which two women deal with disintegrating relationships and budding self-awareness. As they struggle to take control of their futures, they must confront their relationships with their therapists (each of whom uses vastly different methods) and each other.

Urist’s previous works have won numerous awards and have been performed, many times with Urist directing, all over the country.

Sarab Kamoo a EIH Celebi in “The Talking Cura.’

last two years should know the current version of “The Talking Cure” is vastly different.

“It’s completely rewritten,” says Urist, “and anyone who’s seen the previous version is going to be surprised.”